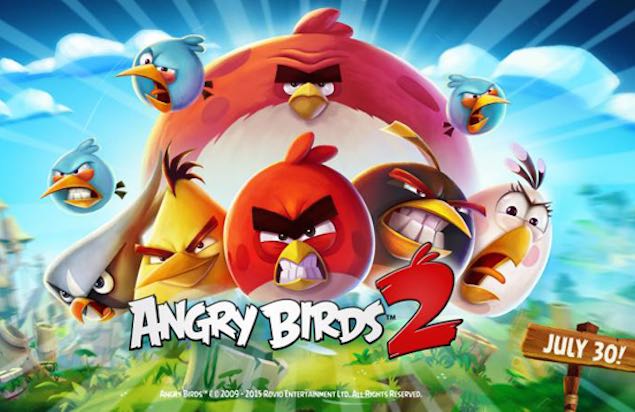 "Back in December 2009, when we were just a small games studio, we released our 52nd game featuring colourful birds, green pigs, a slingshot and a super catchy theme tune. Fast forward to 2015 and Angry Birds has taken the world by storm.

With 3 billion game downloads, millions of fans across the globe, multiple mashups and spin-offs, collaborations with A-list celebrities and much more, we're really proud that Angry Birds is the mother of all mobile game apps. And now we're proud to announce the mother of all sequels - Angry Birds 2!" an announcement on the company's blog reads.

Finnish developer Rovio was recently in the news for partnering with Sega on its Sonic Dash game and releasing Angry Birds Fight!. Its profits also fell 73 percent in 2014, what with increased competition in the mobile games space.

In the past, the company has looked at developers in countries like India and China to to utilise the Angry Birds IP in their games. While the idea was met with some success in China, there's been little to no headway made with Indian game studios. Coupled with the muted success in trying to mimic match-3 giants like King Games' Candy Crush Saga make this move a dire one.

Releasing Angry Birds 2 seems like a last ditch attempt to maintain some sustainability amidst falling revenue. But will an increasingly fickle mobile audience bother? We'll have to wait till July 30 to find out.