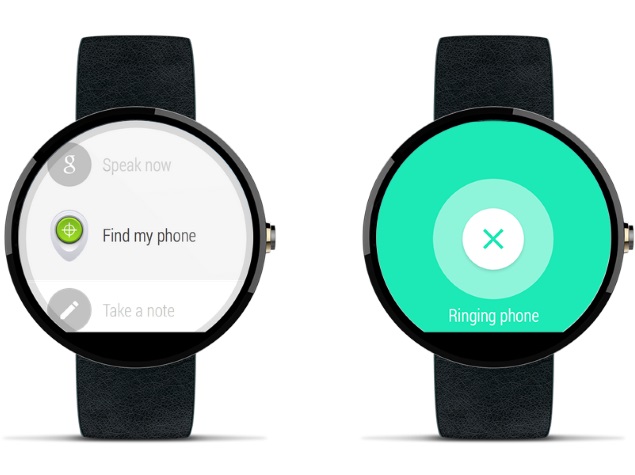 Google on Thursday started rolling out an update to Android Device Manager that helps users find their lost device via an Android Wear device.

The Android Device Manager introduced in 2013 essentially allowed locating, resetting and deleting data for Android devices from Web. With the update, Google says that the 'Find my phone' support has now been added for the Android Wear devices.

The feature can either work with the voice command "Ok Google. Start. Find my phone" or by selecting the 'Find my phone' option from the start menu. If your device is mapped with Android Device Manager, it will start ringing at full volume till the time your Android Wear device/ smartwatch is in range (Bluetooth range).

Google didn't mention any time-frame for the update, but said that users won't need to do anything to enable this new feature; it will roll out to all Android Wear devices over the next few weeks.

Last year in August, Google had updated the Android Device Manager app with ability to set a call back button on the lock screen of a lost or a stolen smartphone. Earlier the app allowed users to set a lock screen password and a custom message for lost or stolen phones, and with the update, it also added new option to add an alternative phone number that will appear in the form of a bright green call button on the lock screen. While they can set up the feature before the device is lost or stolen, the feature can also be set up afterwards, by signing into Android Device Manager via the Web, or in guest mode via a friend's Android phone.