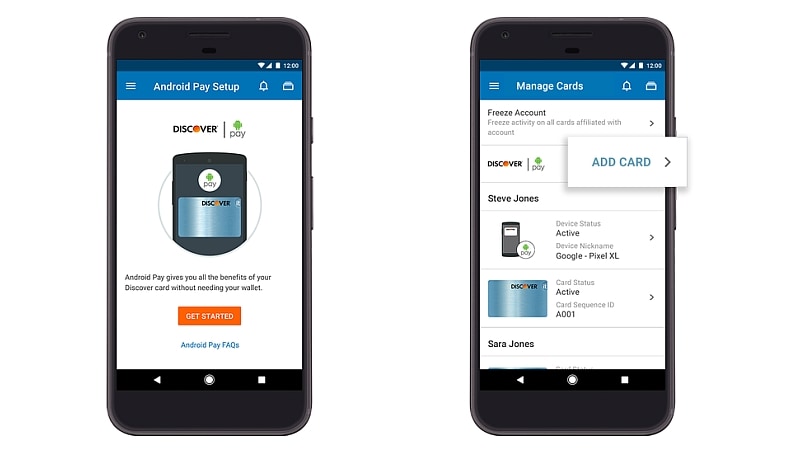 Most tech companies like Samsung, Apple and Google have been trying to push their mobile payment services to users, but widespread adoption is yet to be achieved. Google is upping its efforts further to push Android Pay to more users, and has partnered with few banks to integrate Android Pay within mobile banking apps. Android Pay has yet to be launched in India however, though Samsung Pay made its way to the country earlier this year.

Google has partnered with Bank of America, Bank of New Zealand, Discover, mBank, and USAA to add an Android Pay section inside their apps. Moving forward, this section will allow you to quickly add your credit and debit cards to Android Pay, and use the option whenever feasible.

"After completing setup, you can use your phone to tap and pay at millions of stores and wherever you see the Android Pay button in your favourite apps and on the mobile Web. Android Pay will also send you a notification after each successful transaction," the Google blog notes.

Google also notes that it will continue "to integrate with additional mobile banking apps, so look for updates from your bank about this new feature."

Mobile payments have also picked up pace in India, with Samsung launching its Samsung Pay service in the country. Partnered banks for now include Axis Bank, HDFC Bank, ICICI Bank, SBI, Standard Chartered, and American Express. Citibank will become an issuing partner soon, with its credit cards set to supported in the near future. Samsung Pay users can also link their Paytm Wallet to the service.