Android's Nearby Sharing Feature May Be Coming to Windows, Mac, Linux and Chrome OS

Google is working on its own version of AirDrop but as of now, it is unclear when it will be implemented. 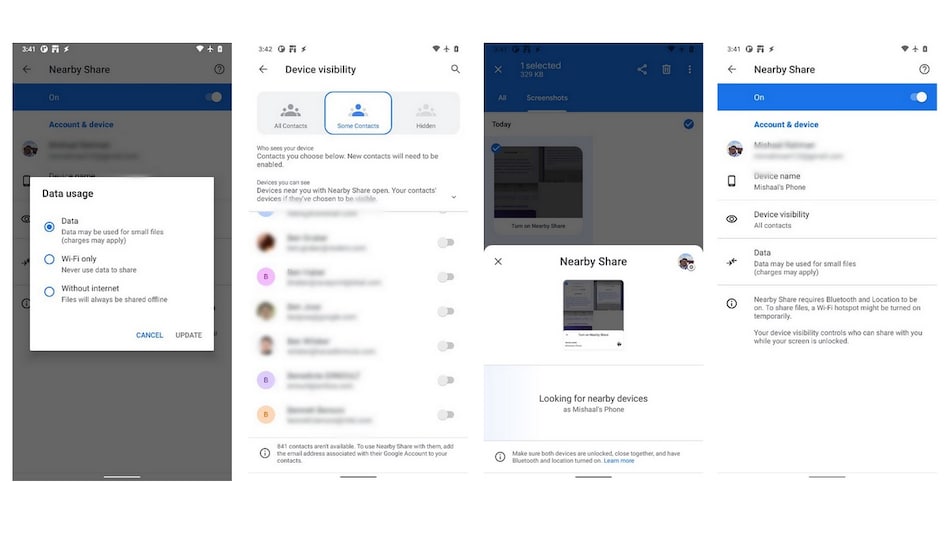 Android's ‘Nearby Sharing' feature will make its way to Windows, Mac, Linux, and Chrome OS, as per code and options seen in the Chrome OS Settings app in Canary builds. Google has long been reported to be working on Nearby Sharing feature in Android that will allow users to share files wirelessly to nearby devices. Now, a new report suggests that the search giant plans on bringing the feature to Windows, Mac, Linux, and Chrome OS. The AirDrop-like feature was found in Chrome OS in the latest build of Chrome OS Canary and the markup in the code clearly states the four operating systems it will eventually come to. Notably, this feature was also spotted in Android 11 Developer Preview 2 as ‘Fast Share.'

As per a report by 9to5Google, the feature has been spotted in chrome://flags in the Chrome OS Settings app. The flag reads, “Enables Nearby Sharing for sharing content between devices. – Mac, Windows, Linux, Chrome OS.” This suggests that the feature will be implemented in the Windows, Mac, and Linux versions of Chrome, having already shown up in Chrome OS. It was first spotted by Dinsan of Chrome Story who shared an image showing “Nearby Share” toggle in the settings menu.

9to5Google also noted that this feature does not work as of now and enabling it by adding a flag in chrome://flags does nothing. As per the report, digging into the code of Chrome shows the “Enables Nearby Sharing functionality. Android already has a native implementation” string, suggesting that it is the same Nearby Sharing feature on both Chrome and Android.

Further, a separate report by XDA Developers states that the Nearby Share feature has been in development for over a year now and will be available through Google Play Services for Android users. It also shows the feature on a Pixel 3a XL running Android 11 Beta 1 and states that the icon looks similar to that on in the Chrome OS settings.