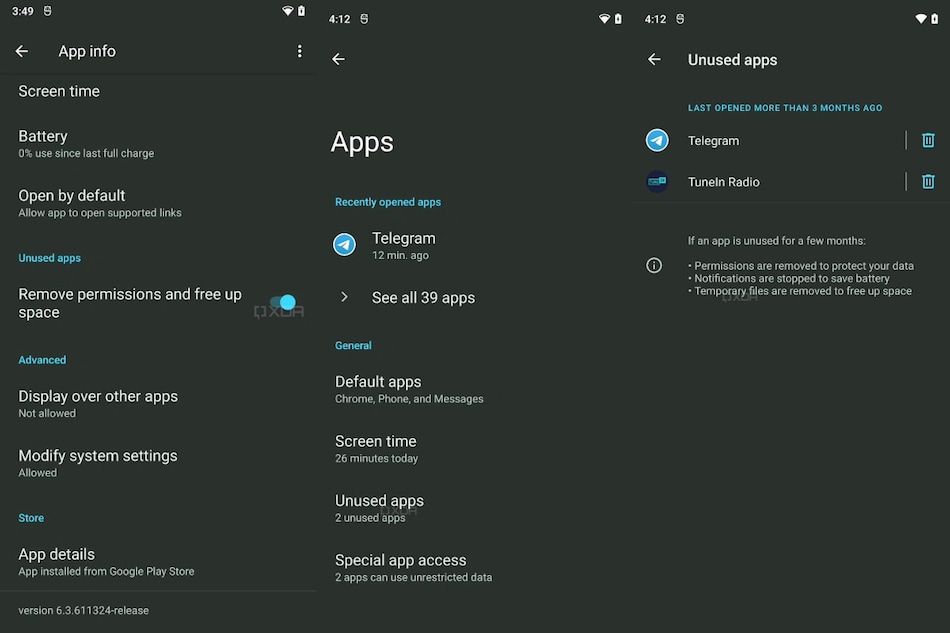 Android 12, the upcoming major software update from Google, is reported to bring a new feature called app hibernation. This feature is an extension to last year's ‘auto revoke permissions' feature that was rolled out with Android 11. The ‘auto revoke permissions' feature can automatically reset app permissions granted to an app that has been unused for a long time. The new app hibernation feature is reported to free up storage space on your handset by deleting temporary files from unused apps.

In its report, XDA Developers detailed the code it found for the new app hibernation feature in the leaked build of Android 12. The feature was spotted in an APK teardown and while it sometimes helps in predicting future features, it is also possible that Google may scrap it in testing and never release it. The newfound code suggests that Google is expanding auto-functionality around unused apps with the app hibernation feature. In addition to resetting app permissions for apps that are dormant, Android 12 will reportedly clear up temporary files and clear up phone storage space.

XDA was able to activate a new ‘unused apps' section on App Info page in the leaked Android 12 build. This showed new content that read ‘remove permissions and free up space.' In Android 11, the toggle for removing permissions is found in the App permissions subpage of every app's App Info page.

The unused apps page should show up in Settings > Apps and it lists all the apps that sit dormant on your phone. The description in the section says that if an app is unused for a few months, then permissions are removed to protect your data, notifications are stopped to save data, and temporary files are removed to free up space. App hibernation feature will particularly be useful to users with low-end handsets that come with less storage benefit.