Amazon UK customers with a Prime subscription can order meat, produce, and other household essentials from its Fresh service in two-hour windows. 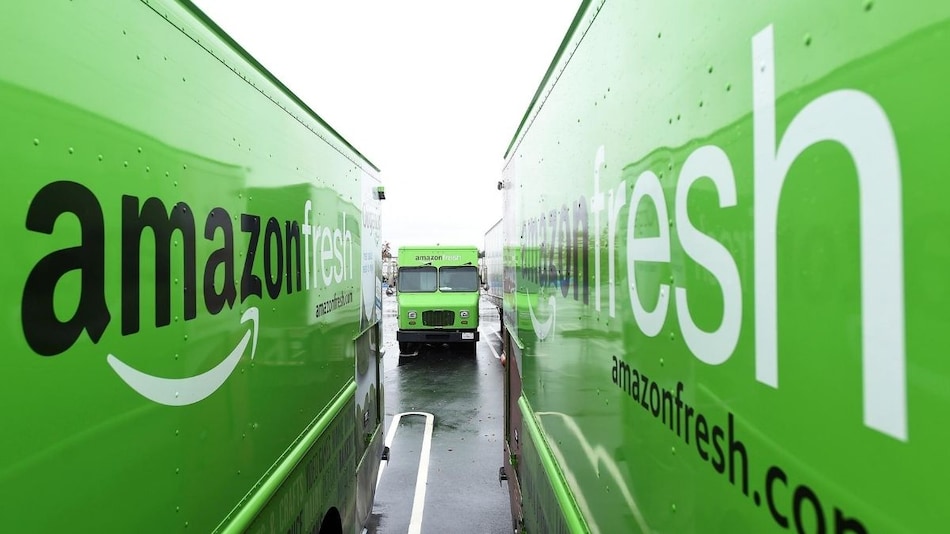 Amazon will begin free and same-day deliveries of groceries in London for its Prime members from Tuesday, as it looks to cash in on fast-growing demand for buying essentials online, a trend that has been boosted by the coronavirus lockdown.

Customers with a Prime subscription can order meat, produce, snacks, and other household essentials from Amazon UK's Fresh service in two-hour windows for orders above GBP 40 (roughly Rs. 3,800), the e-commerce giant said.

Amazon said the service, which it aims to implement across the United Kingdom by the end of the year, applies to around 300 postcodes. The minimum order value for Prime customers has also been lowered to 15 pounds from 40 pounds.

Orders made before 9 pm will be delivered the same day in most areas, it said.

"Amazon is not widely considered as a food supplier in the UK so it will take time for the company to build a brand presence in the business and make its presence felt," AJ Bell investment director Russ Mould said.

"But the company has deep pockets, huge ambitions and an uncanny habit of emerging as a leader in its targeted fields."

Amazon has been tapping into this sector since 2016, when it first launched its Fresh service, although it has been selling food and drinks since the launch of its grocery store in 2010.

The lockdown has led to changing consumer behaviour with nearly one in five British households now buying over the Internet, market researcher Kantar said last month.

Kantar said earlier this month that although grocery sales have been rising year-on-year, the pace of growth has slowed compared to previous weeks since lockdown restrictions eased.

Internet supermarket group Ocado forecast earlier this month that online grocery shopping will double its share of the UK market over the new few years, building on a huge increase during the lockdown.

It is unclear how Amazon's new plan will affect its collaboration with Morrisons, which allowed customers to order from the supermarket and have it delivered by Amazon.

Microsoft Surface Duo Spotted in a New Video, US FCC Listing; Could Launch Earlier Than Expected
OnePlus Nord Model Confirmed for US, May Come With Snapdragon 690 SoC