Previously, Ring device owners would receive private messages from the app on behalf of police looking for videos. 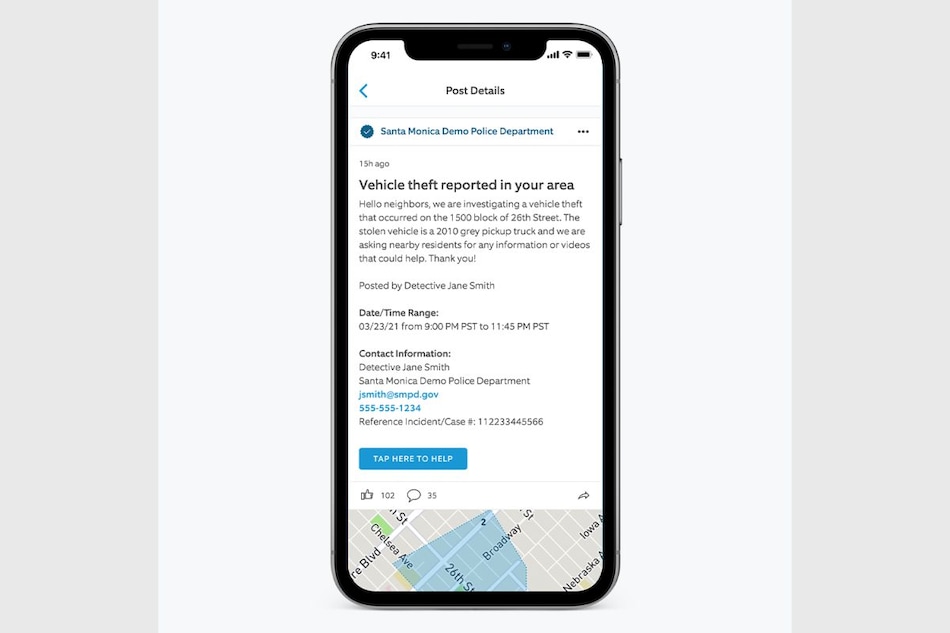 Amazon's camera unit, Ring, is planning to make police requests for users' video footage through its neighborhood watch app more transparent, the company said on Thursday, a move that follows criticism that its products facilitate surveillance and profiling.

Public safety agencies such as police and fire departments now must request material from their communities through a new, publicly viewable type of post on the Neighbors app, Ring said in a blog.

Previously, Ring device owners would receive private messages from the app on behalf of police looking for videos.

Ring is a smart security device company whose video doorbell product allows users to see and record people who approach their doorsteps, deterring theft and allowing them to monitor around their homes. It was bought by e-commerce giant Amazon in 2018.

Its devices and its social app, which allows users to share and discuss the surveillance footage captured through their cameras, have been met with concerns from lawmakers and civil rights groups over privacy and racial profiling.

Ring's partnerships with US law enforcement agencies have drawn particular attention. Hundreds of police and fire departments have joined the Neighbors app, according to Ring's active agency tracker.

Ring said its new "Request for Assistance" feature in the Neighbors app will roll out starting next week.

It said no information would be shared with agencies without users choosing to do so and that requests can be issued only by verified agency profiles and that request history will be logged online, so users can see how their police force is using the posts.

Crowdsourced crime-tracking app Citizen was recently blasted for putting a $30,000 roughly Rs. 21.8 lakhs) reward to find a man it wrongly said was an arson suspect. The company has said it regrets the mistake and is working to improve its internal processes. Citizen has also sparked controversy over what it said were internal tests for a service that would deploy rapid-response security personnel to app users in Los Angeles.

Hyper-local site Nextdoor, which attracted more users during the COVID-19 pandemic, has been criticized for failing to more quickly address racial profiling and misinformation on the site. The site has said it is adding user prompts and moderator training to mitigate these issues.

Ring said on Thursday it had rules in place to prevent "overly broad requests" from agencies on the Neighbors app, such as needing a valid case number and limiting the time frame and area in a request.

Amazon also recently extended its one-year moratorium on police use of its facial-recognition technology, which it says is not used in Ring products.