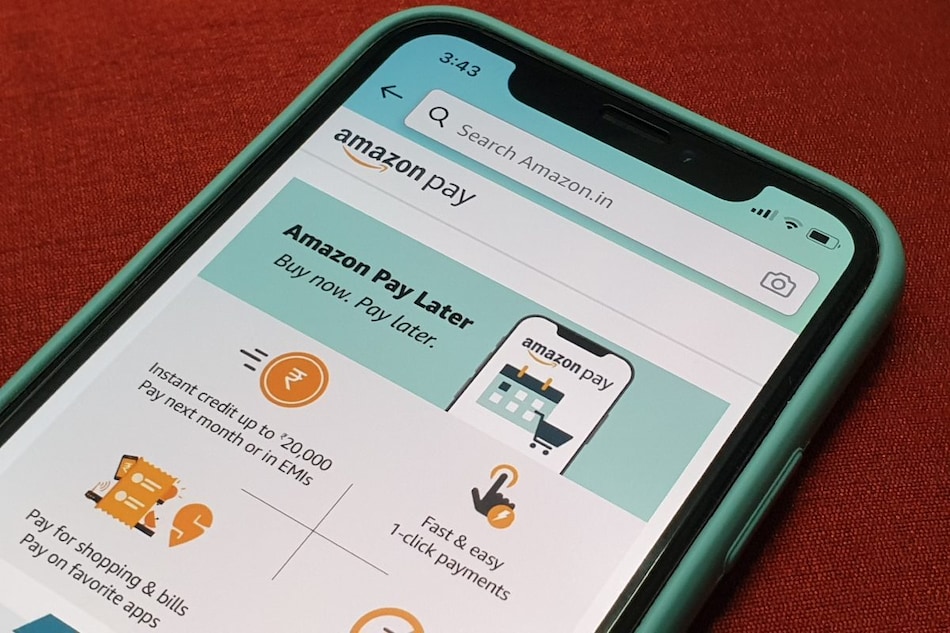 Amazon Pay Later has reached the milestone of two million customers who have signed up for the service in a little over a year since its launch, Amazon has announced. The credit service specifically for Amazon India customers was launched in April last year to let them make purchases of essential and high-value items by either paying the price next month or in monthly instalments. Amazon's offering was designed to take on the likes of LazyPay and Flipkart Pay Later. It was introduced as a rebranding of the Amazon Pay EMI service that debuted in 2018.

On Tuesday, Amazon revealed the total number of signs up on Amazon Pay Later and said that it recorded over 10 million transactions at a 99.9 percent payment success rate since the launch last year. The US-based e-commerce giant promotes the service at the check-out screen as well as its online listings across both mobile and desktop versions of the online marketplace.

As the name suggests, Amazon Pay Later allows customers to buy items via Amazon and pay at a later stage, with credit limit of up to Rs. 20,000. It is available for most of the items available on the online marketplace, with exceptions of cash equivalent products such as jewellery, Amazon Pay Gift Card, and Amazon Pay balance top-up, products from Amazon Global Store or overseas merchants, or bullion (gold and silver). It offers EMI tenure options ranging from one month to 12 months, depending on the purchase value.

In addition to physical products, Amazon Pay Later allows customers to make payments of their utility bills on credit.

Similar to Amazon Pay Later, Flipkart has the Flipkart Pay Later service for its customers that offers an instant credit of up to Rs. 5,000. The Walmart-owned company has, however, not yet provided any details about how many sign-ups have been made for its service.

The numbers released by Amazon do not reflect the number of customers transacting via Amazon Pay Later or the total amount of transactions that have taken place through the service, but just the total sign-ups to date. Gadgets 360 has reached out to the company for these details and will update this space when the company responds.