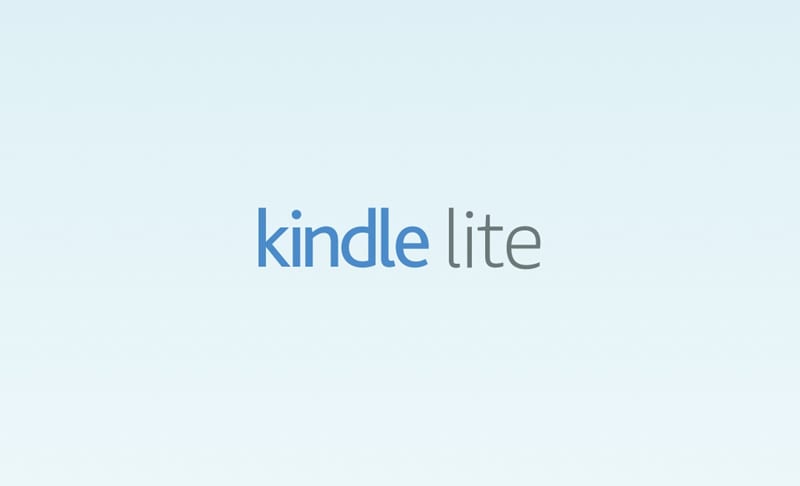 Joining the ongoing trend of releasing light app versions for emerging markets, Amazon has launched the Kindle Lite Beta app in India. The new app is initially available for Android devices in the country and is targeted at low-end hardware. It weighs less than 2MB and is designed to work even on a 2G network.

The prime purpose of the Amazon Kindle Lite Beta is to let you read ebooks on your smartphone. The lightweight app lists all your existing ebooks and has access to the Kindle Store to help you find the best-suited ones. Similar to the original Kindle app, the new app has Whispersync for Books to take you to the last reading position whenever you make a comeback. The app also has a dedicated Data and Storage section that allows you monitor network and storage usage. You can also free up some space by removing the pages cached offline.

"We are continuously inventing on behalf of our customers and are excited to offer them more choices on how to read. Kindle Lite is currently in early access for customers and available only to a limited audience in India on the Google Play Store. It’s only 2 MB in size, built for a great reading experience on 2G/3G networks and for Android smartphones with limited memory," an Amazon spokesperson told Gadgets 360.

Specifically for Indian users, the Kindle Lite app provides you with a catalogue of thousands of ebooks in local languages, including Hindi, Tamil, Gujarati, Marathi, and Malayalam. You can pick a title and pay via Amazon Pay, credit or debit cards, and netbanking.

The interface of the Amazon Kindle Lite Beta is quite minimalistic. The app shows all your recent books and suggests you with similar titles right on its home screen. Also, you can scroll down to check some of the recommendations or other titles from your favourite author or other the same categories from the front page of the app. The app additionally has a feedback section that helps Amazon improve the app ahead of its public release.

Notably, features such as Popular Highlights, X-Ray, Flashcards, Word Runner and Word Wise that all are a part of the original Amazon Kindle app are missing from the Kindle Lite app. Customisation options such as to choose your preferred screen brightness, font size, background colour and orientation are also not available in the light version. All in all, the new development is appeared to give an e-book library to smartphone users who have limited resources in terms of storage space and connectivity.

The Amazon Kindle Lite Beta app is available to download from Google Play. It supports all devices running on Android 4.4 and above. While the app is listed and accessible in India, we aren't certain if Amazon has made it available elsewhere, or what its exact plans are. We've reached out to Amazon to comment. The Google Play listing was first spotted by Fonearena.

Amazon isn't the only company that with lightweight versions of its popular apps. Apps like Google Search, LinkedIn, Skype and Facebook Messenger received similar treatments in the past. All those apps were also aimed at smartphone users in emerging markets with poor data connectivity and budget smartphones. Skype Lite, is an example of a light app developed from the ground up for India, as is YouTube Go.