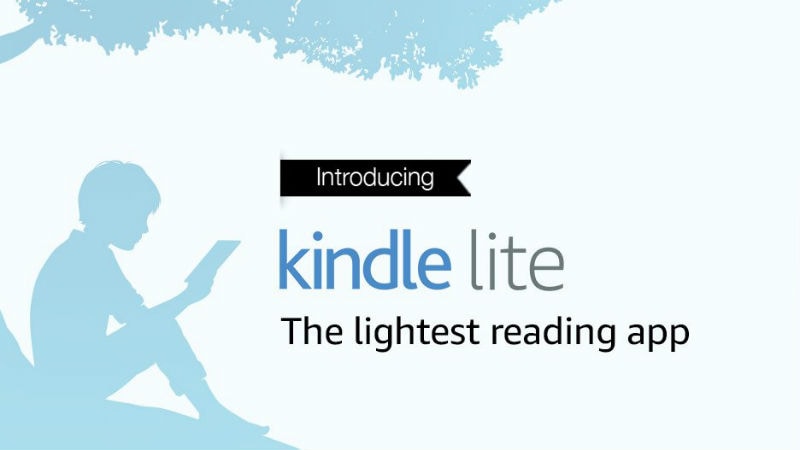 Amazon on Wednesday launched the Kindle Lite app for Android users in India. The new app, which was launched in beta back in November, weighs less than 2MB and provides basic Kindle features as well as a collection of over five million ebooks in English, Hindi, Tamil, Marathi, Gujarati, and Malayalam. The US company is notably marketing the Kindle Lite app as an "India-first product" and is giving its users 80 percent of cashback on their first ebook purchased on the app via Amazon Pay. The cashback offer is valid during the first month of the app launch.

As its name suggests, the Kindle Lite app is essentially the lightweight version of the original Amazon Kindle app. It is mainly designed for users with 2G/ 3G networks. Therefore, the feature list of the app isn't as big as of the Kindle app. You won't get Popular Highlights, X-Ray, Flashcards, Word Runner, and Word Wise. However, there are basics such as the ability to buy new ebooks, zoom into images, night-mode for reading, font-size adjustments, and navigation through the table of contents.

The Kindle Lite app additionally includes a feature to let you monitor your data usage over Wi-Fi or mobile networks. This is vital if you're not on an unlimited data package. Furthermore, the app has a simple interface that can make things easier if you're new to the e-book world.

"As part of our continued focus on India, we are always working to improve the reading experience for our customers. Apps constantly compete for space on a mobile phone and Kindle Lite solves this problem for our readers," said Rajiv Mehta, Country Manager, Kindle, in a press statement. "Kindle Lite is less than 2MB and built to provide a great reading experience even on 2G/3G networks."

You can download the Kindle Lite app on your Android device by visiting Google Play. The app works with hardware running Android 4.4 or later.