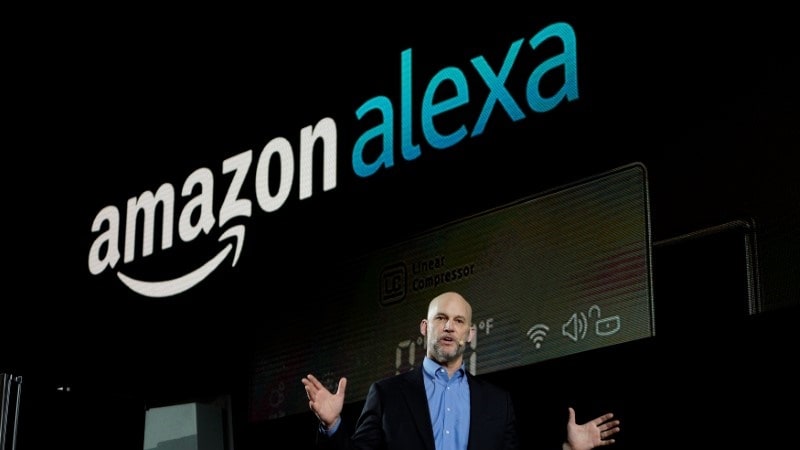 After much anticipation, Amazon Alexa has now eventually debuted on Windows 10 PCs and will sit alongside Microsoft's preloaded Cortana assistant. Companies starting with Acer, Asus, HP and Lenovo, all are preparing to integrate the Alexa voice assistant on their new notebooks and desktops. Some of the offerings that are being showcased at CES 2018 in Las Vegas will come with pre-installed Alexa app. Amazon and Microsoft partnered in August last year to let Cortana and Alexa work together.

Acer on Monday a press release that Alexa will come to select Aspire, Spin, Switch, and Swift notebook models as well as Aspire all-in-one PCs starting the first quarter this year. The Alexa integration in the US will be available via a software update through Acer Care Centre, but its wider availability is expected for sometime in the mid of 2018. Acer confirms that Alexa will let users manage their calendar, create lists and answer questions by passing simple voice commands. The voice assistant will also enable a hands-free experience for playing music, podcasts, audiobooks, and managing smart home devices such as lights, thermostats, and home appliances.

Specific models such as the Acer Switch 7 Black Edition and Spin 5 come with Acer Purified Voice and four digital microphones support to enable far-field voice recognition. Also, most of the supported Acer convertibles and 2-in-1 notebooks have front-facing speakers. There is Intel Smart Sound Technology, which is an integrated audio DSP (Digital Signal Processor) to handle audio, voice, and speech interactions. These upliftments are available to enhance Alexa experience. The company also unveiled the Acer V6820M/i 4K UHD projector, which also supports Amazon Alexa.

HP is launching the Alexa-backed Pavilion Wave in Spring this year with a starting price of $549.99 (approximately Rs. 34,930). The system has seventh-generation Intel Core processors, up to 16GB RAM, and Cortana-preloaded Windows 10.

According to Mehedi Hassan of Thurrott.com, Asus and Lenovo are also building new Windows 10 devices to bring a widen availability of Alexa in the market of Windows PCs. It is worth noting here that Amazon has already made its strong presence in the voice assistant world with more than 25 thousand Alexa Skills, whereas Microsoft's Cortana has merely 300 skills, as highlighted by Hassan. This interestingly makes Alexa a tougher competitor for Cortana.

The Windows 10 availability of Amazon Alexa is also likely to make things tougher for Google Assistant and Apple's Siri that both are yet to gain traction in the desktop market. Google Assistant is already expanded in the smart speaker space, while Siri is so far packed in the proprietary ecosystem of Apple iPhone, iPad, and Apple Watch.

Earlier this week, Amazon also launched Alexa Mobile Accessory Kit to bring Alexa to Bluetooth-supported on-the-go devices such as hearables, headphones, smartwatches and fitness devices among others. New York-based Vuzix already showcased the first Alexa-enabled augmented reality (AR) glasses that would go on sale in the second quarter this year with a cost of around $1,000 (roughly Rs. 63,400).