Now, get translations in real time with Echo devices. 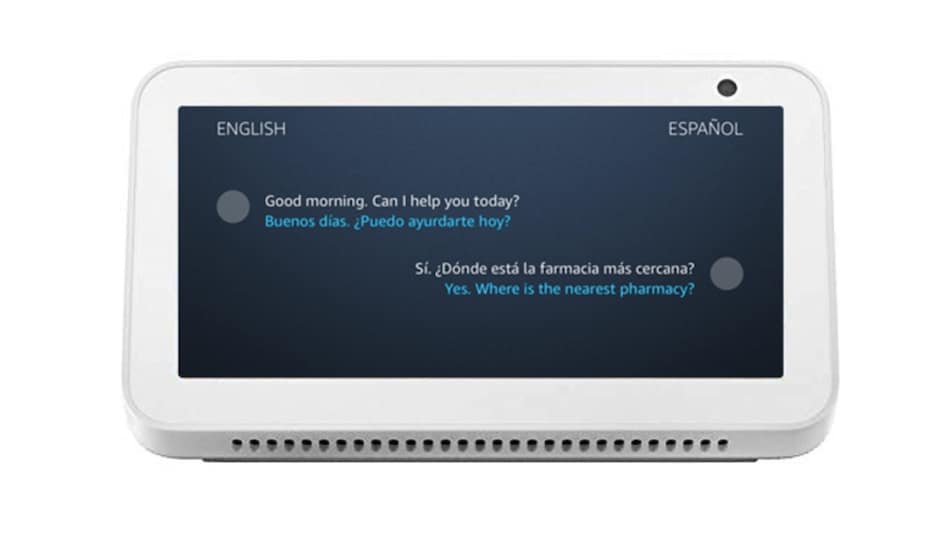 Amazon's Alexa voice assistant is now capable of Live Translation on Echo devices. The new feature allows users to start a session for real-time translation between two languages, and the smart speaker will provide immediate voice-based translations to enable a conversation between speakers of two different languages. A total of six languages are supported initially, allowing for translations between English and one of the supported languages – Brazilian Portuguese, French, German, Hindi, Italian, and Spanish. The feature currently only works on Echo devices with locale set to English (US), as per Amazon.

On most Echo devices, the feature works through audio, and a session can be started by saying ‘Alexa, translate Hindi', or whatever other supported language you want to translate to. If you have an Echo device with a screen, such as the Echo Show 5 or older Echo Show, the feature also provides an on-screen transcript for the translation.

This only works on Echo devices for now, so the person you're trying to speak to will have to be in your home with you in most cases. You could also use this in a hotel in a foreign country through the Alexa for Hospitality platform, or using a battery-powered or vehicle-based Echo device, such as Echo Input Portable or Echo Auto, respectively.

Google Assistant already has a similar feature through Interpreter Mode, that rolled out for smart speakers and smart displays nearly two years ago. Amazon is a bit late to the game, but this new feature will definitely come in handy for owners of Echo devices and should hopefully roll out to Alexa even on smartphones, thereby making it much more useful in real-world settings.