To get started just ask - Alexa, help me set up Hindi. 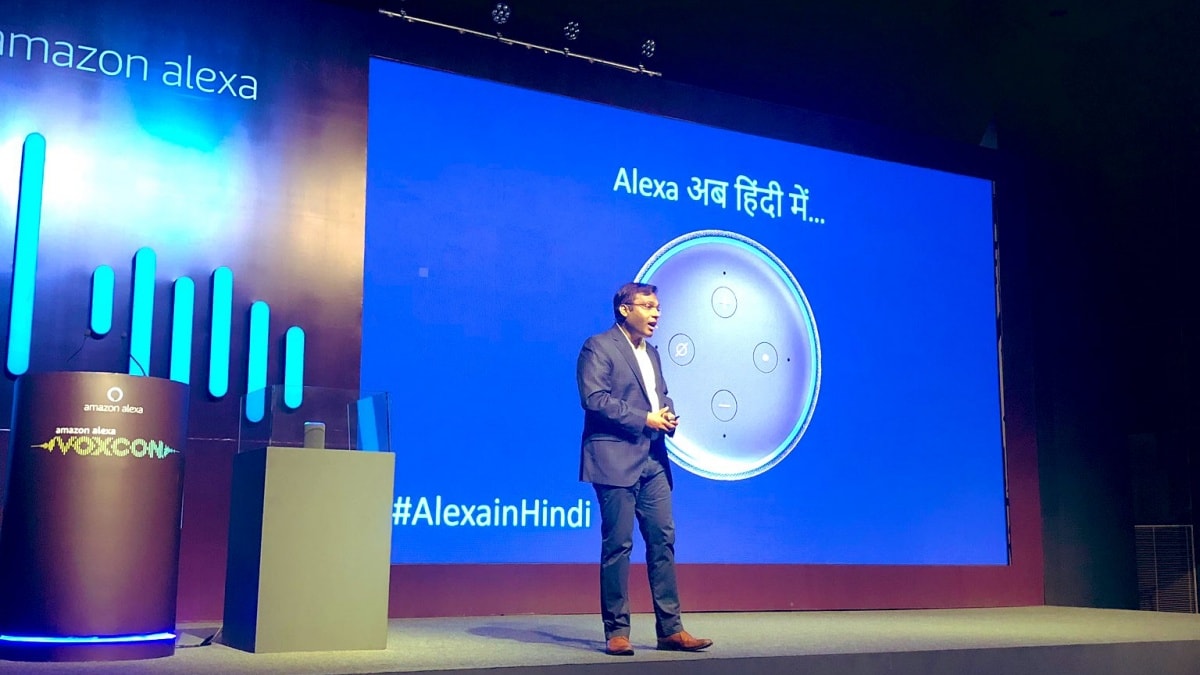 Almost two years after Amazon introduced its Alexa voice assistant in India, the Seattle-based company has added the much-needed support for Hindi language as well as Hinglish to the voice assistant. Starting today, the Amazon Echo lineup users in the country will be able to set up Hindi as their default language. Amazon says Alexa can now understand the customers speaking completely in Hindi or Hinglish, in various contexts as well as varied dialects and accents.

To get started with Hindi, just ask, "Alexa, help me set up Hindi."

Existing Echo owners in India can change their device language to Hindi via language options inside the device settings on the Alexa app. Echo Show users can access the settings section to change the language by swiping down from the top of the screen.

"We are thrilled to bring a suite of AI advances in multi-lingual understanding so that customers can interact with Alexa in different regional variants of colloquial Hindi. We are grateful to Indian customers who contributed to Hindi development through the Cleo skill," said Rohit Prasad, Vice President, and Head Scientist, Alexa AI, Amazon, in a statement.

Alexa in Hindi is also available on a range of smart speakers by Bose beginning today. Brands such as Motorola, MyBox, Boat, Portronics, Fingers, Sony, iBall, and Dish will soon launch and update their existing Alexa-built in devices to support Hindi and Hinglish.

"We look forward to Alexa delighting our Hindi-speaking customers and working with developers in India to invent many more Hindi skills," Prasad added.

Alexa arrived in India in 2017. Till date, she was able to understand and pronounce names of popular places, names, songs and more in languages such as Hindi, Tamil, Telugu, Marathi, and Punjabi, however it only supported English or select other international languages.

The users can ask Alexa for diverse Hindi content such as jokes, shayaris, games, Kabir ke dohe, Panchatantra stories, Bollywood dialogues, and even spellings of words in Hindi.

"With today's launch, you will notice that Alexa has become more local. Alexa will not only understand and respond in Hindi or Hinglish but, is also armed with a lot of knowledge about topics that interest users in the country ranging from local information to music, and from Bollywood to cricket," Puneesh Kumar, Country Manager for Alexa Experiences and Devices, Amazon India, said.

Soon, the customers will also be able to speak to Alexa in Hindi and English without changing the language setting back and forth. Amazon is working to add simultaneous multi-language support to the voice assistant.

Thousands of developers have already started building Alexa skills with a Hindi flavour. 500 third-party Alexa skills from over 30 brands will be available to the customers from today. Some of these brands are Ola, ChuChu TV, All India Radio, RedFM, and Amar Chitra Katha. While the skills selections slim for Amazon right now, the official launch of Hindi support should spur their development for Hindi and Hinglish in the coming weeks.

Amazon has not shared a timeline on when it will add support for other Indic languages in the country.