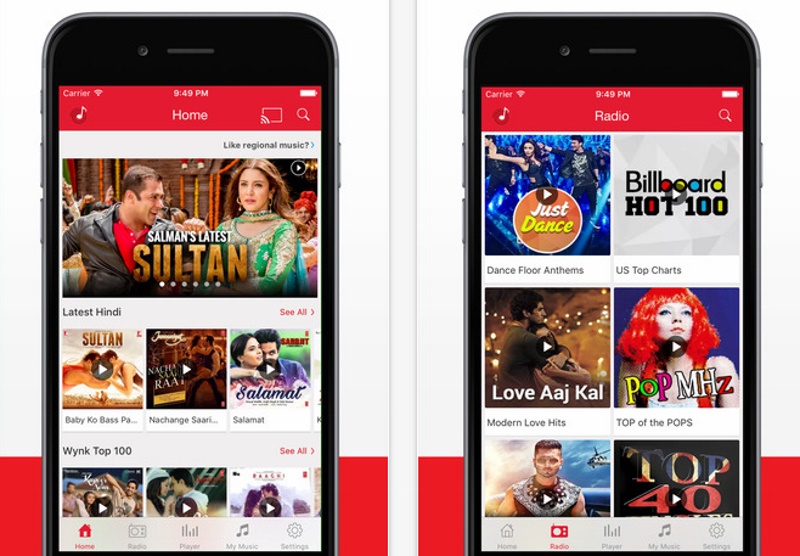 Wynk Music, a music app from Airtel, on Tuesday announced that it has crossed 25 million downloads on Google Play Store and Apple Store combined since its launch in September 2014.

The app currently plays over 15 million songs a day to customers.

"We are thrilled to see such love from our users. Given the importance of music in our lives, we believe we have only scratched the surface as far as potential of music streaming goes," said Kartik Sheth, CEO, Wynk, in a statement.

Wynk Music has a collection from over 500 music labels in 12 languages, curated playlists across genres and moods, for a great in-app experience.

The Data Save Mode with 2G optimisation helps users stream Wynk music seamlessly on a 2G network and lets them save up to 70 percent on data.

The app also provides a local MP3 player which helps users play the songs stored on their devices inside the app.

Recently, Wynk Music launched its mobile site www.wynk.in/music for users to stream music from any browser on their mobile devices.

Windows 10 Free Upgrade Ends Friday; This Is Your Last Chance to Get It
Apple Asks US Supreme Court to Rule Against Samsung Over Patents