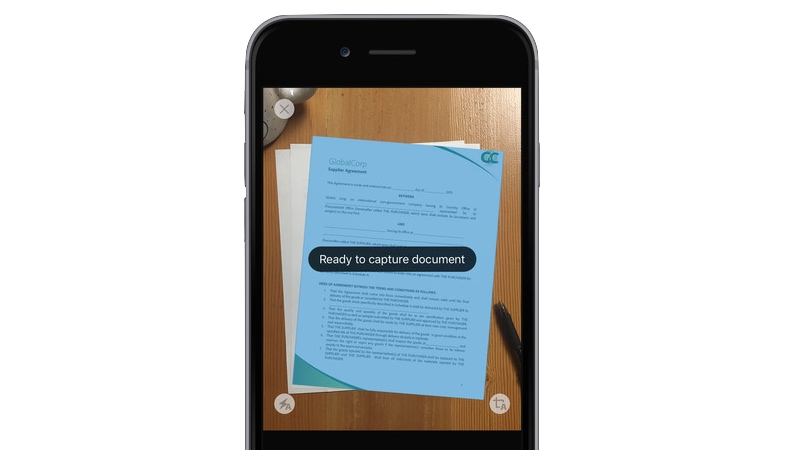 Adobe's Acrobat Reader for Android and iOS now lets you scan documents as well. The new feature makes the free app more than just a pdf manager. You can now convert your printed documents, receipts, or invoices into PDF using Acrobat Reader on your smartphone.

There are several apps such as Scanner Pro that let you take a picture of documents and convert it into PDF, but Adobe's app has some nifty features. The first is that Acrobat Reader is already a fully functional PDF reader that lets you view and manage documents. If someone needs your electronic signature on any document, Adobe Acrobat Reader lets you insert it quickly as well.

This means that it's now a one-stop shop for all PDF-related work. The scan feature on Acrobat Reader is powered by Adobe Sensei, the company's AI services platform. It uses data from millions of Adobe users to improve its products. In the case of Acrobat Reader, Sensei helps improve features such as boundary detection and text sharpness.

Other than that it did a good job of scanning three different documents we tested. We also liked the fact that the app shows you neat text prompts when you're doing something wrong. It asks you to move closer to the document, still your hands, or to avoid tilting your smartphone. These warnings make it easy to decipher things you're doing wrong, as opposed to trying to decipher what on-screen cues mean. Getting the job done quickly is a big feature and Acrobat Reader excels at that. After the scan, you can easily reorder pages, add comments, or annotations. All of this worked fast in our brief test.

The app lets you store documents on Adobe Document Cloud, but if you use other services such as iCloud Drive or Dropbox, among others, they're supported too. If you want to scan a bunch of receipts to track expenses or get rid of hundreds of business cards you've accumulated in a few days after attending a conference, Acrobat Reader could help you get the task completed.