MobiKwik CEO Bipin Preet Singh says the app was removed from the Google Play store for having a link to the Aarogya Setu contact tracing app. 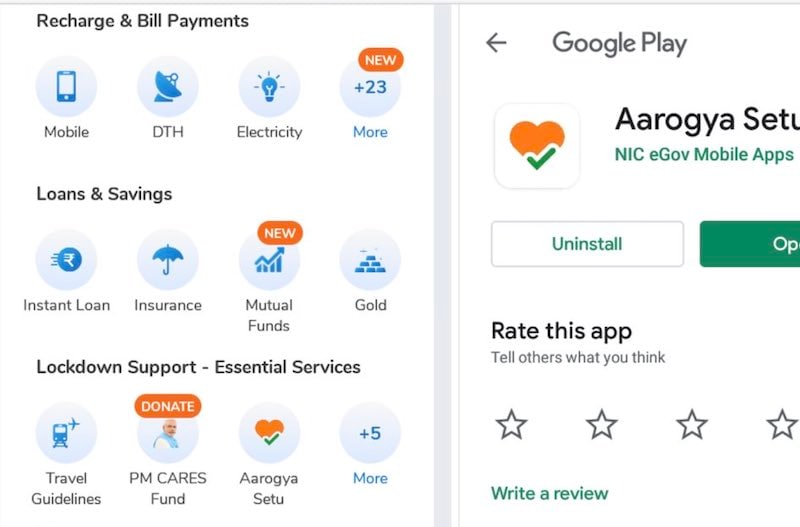 MobiKwik has been removed from the Google Play store, because of a violation of the app store's ads policy. According to MobiKwik co-founder and CEO Bipin Preet Singh, this was done because the app has a link to the Aarogya Setu app. Singh said in an interview that MobiKwik received a warning from Google a week ago for promoting Aarogya Setu, but then it said this was a mistake when contacted by MobiKwik. However, after this, the app was removed from Google Play.

Singh tweeted that MobiKwik and other fintech firms were asked to include the link to Aarogya Setu by the Reserve Bank of India (RBI) as part of a very enthusiastic push to drive installs of the contact tracing app, which has been downloaded more than 10 crore times. You can see that other apps such as Paytm also include links to Aarogya Setu, on both Android and iOS apps.

"App was removed because we had a link to Aarogya Setu app," Singh explained over an email to Gadgets 360. "They gave us a warning one week ago and we explained that we have been asked to do this. Then today they first removed it around 3pm IST and then we pursued their team and resubmitted the app after removing the link to Aarogya Setu and now they made it live."

“Google clarified that there is no harm in promoting Aarogya Setu app on MobiKwik, however, they removed our app today from the Play Store without any intimation,” Singh said.

A fresh version of the app is now available on Google Play. This version does not have Aarogya Setu in the links below anymore, Singh confirmed. "The entire experience is arbitrary and has no logic because so many other apps have the same link," Singh said.

The updated version of the MobiKwik app has removed the Aarogya Setu link.

Google does have policies against apps that contain deceptive or disruptive ads and those which aren't clearly labelled. However, if that is the reason why the MobiKwik app was removed from Google Play, then we must ask why other apps which also promote Aarogya Setu are being allowed on the store. Gadgets 360 has written to Google for confirmation and will update the copy once we get a response.