Aarogya Setu app appears to have added one crore new users within 24 hours after Prime Minister Narendra Modi encouraged its download while addressing the nation. 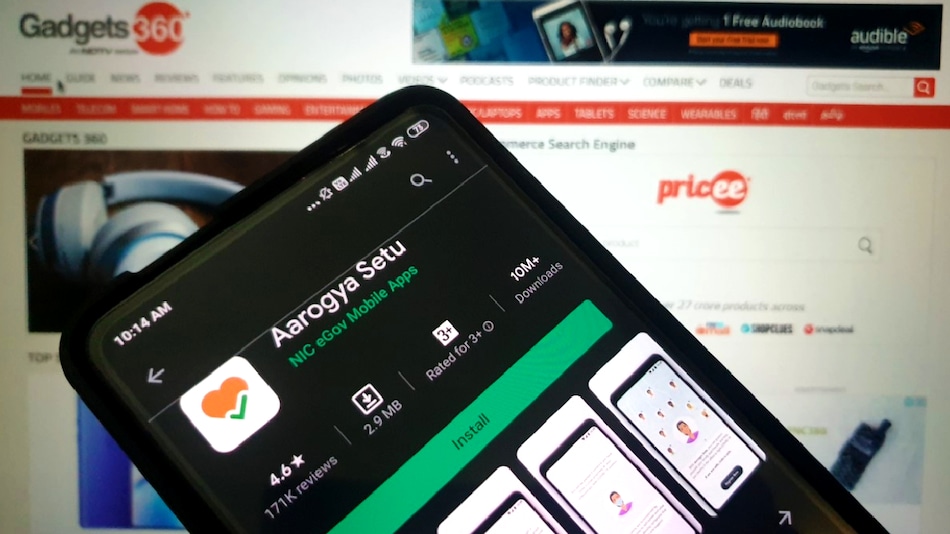 Aarogya Setu app was launched by the government on April 2

NITI Aayog CEO Amitabh Kant on Wednesday announced the latest milestone for the Aarogya Setu app that was launched earlier this month as the government's main app for contact tracing in the country. Notably, the app appears to have added one crore new users within 24 hours after Prime Minister Narendra Modi encouraged its download while addressing the nation on Tuesday.

In addition to the prime minister, various government authorities and educational boards such as the Central Board of Secondary Education (CBSE) have promoted the Aarogya Setu app.

The Aarogya Setu app is available for download on both Android and iOS devices. It supports various Indic languages — alongside Hindi and English. Users need to provide Bluetooth and location access to let the Aarogya Setu app perform its functions to track the spread of COVID-19 in the country. It asks a set of questions to the users to identify whether they are at the risk of the coronavirus infection and also informs them if they've met with someone who's tested COVID-19 positive.

Although the government is encouraging people to download the Aarogya Setu app to limit the coronavirus outbreak, cybersecurity and cyberlaw experts have raised privacy concerns on the basis of the underlying technology the app uses and the privacy policy it carries.

Shortly after the launch of the Aarogya Setu app, the New Delhi-based Software Freedom Law Centre (SFLC.in) alleged that it collects sensitive personal data such as a person's gender and travel information that it stores in the cloud. The Internet Freedom Foundation (IFF) also mentioned a paper released earlier this week that the app “lacks transparency”.