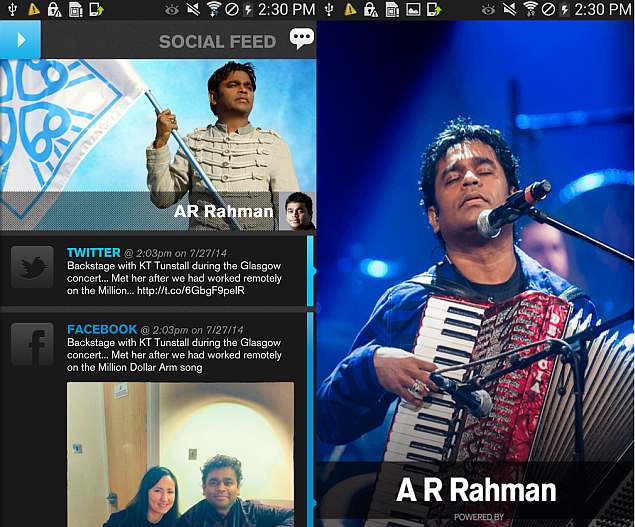 Oscar winning music composer A.R. Rahman has announced the launch of an app for his fans to help them connect conveniently with him and his music.

The "Rockstar" composer will be able to engage directly with his fans via the app with exclusive content and merchandise.

Fans can either buy or complete challenges in the app to earn points to redeem against content and merchandise.

The app has been created in collaboration with Qyuki.com - an online multi-channel network founded by Rahman, Shekhar Kapur and Samir Bangara.

It is already live on iOS and Android.

"This Independence Day I wanted to thank my fans for their support by offering them a new and convenient way to stay in touch with me and my music. I am looking forward to a more engaging experience with my friends and well-wishers. Salaams to the motherland!" Rahman said in a statement.

Some of the key features of the app include a consolidated social feed including Twitter and Facebook posts made directly by Rahman, direct access to his videos as well as premium videos only available in the app and exclusive photos.