A Facebook app that helps parents keep their kids safe 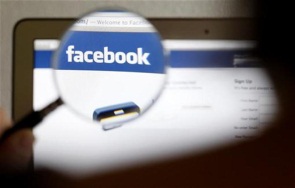 A new Facebook app can help parents protect children from snooping with a single click and also keep them safe from pedophiles.

The Social Privacy Protector (SPP) app has multiple levels of protection, but the most important one reviews a user's friends list in seconds to identify which have few or no mutual links and might be fake profiles.

It also notifies the user about the applications installed on their profile that could threaten his or her privacy.

"An important feature of our app is the ability for parents to better protect their kids' privacy with just one click instead of having to navigate the more complicated Facebook privacy settings," said Michael Fire, doctoral candidate at the Ben-Gurion University of the Negev. The free software is also available as an add-on for Firefox.

"Predators rely on people (be)friending anyone, and with teens now allowed to have Facebook accounts, we believe that our solution can provide necessary protection for all users," added Fire, according to a Ben-Gurion statement.

Fire, working with Yuval Elovici, professor and undergraduate students Dima Kagan and Aviad Elishar, developed the app and software based on their research, as part of a final project for Kagan's and Elishar's bachelor's degrees.

"While Facebook encourages connecting with as many people as possible, we advocate limiting users, and have, for the first time, provided an algorithm to scientifically determine who to remove from friend lists," added Fire.