1Password Now Lets You Unlock Your Mac With Apple Watch, Gets Other New Features

To have the Unlock with Apple Watch option enabled, users must be running macOS Catalina 10.15 or on a Mac with Secure Enclave. 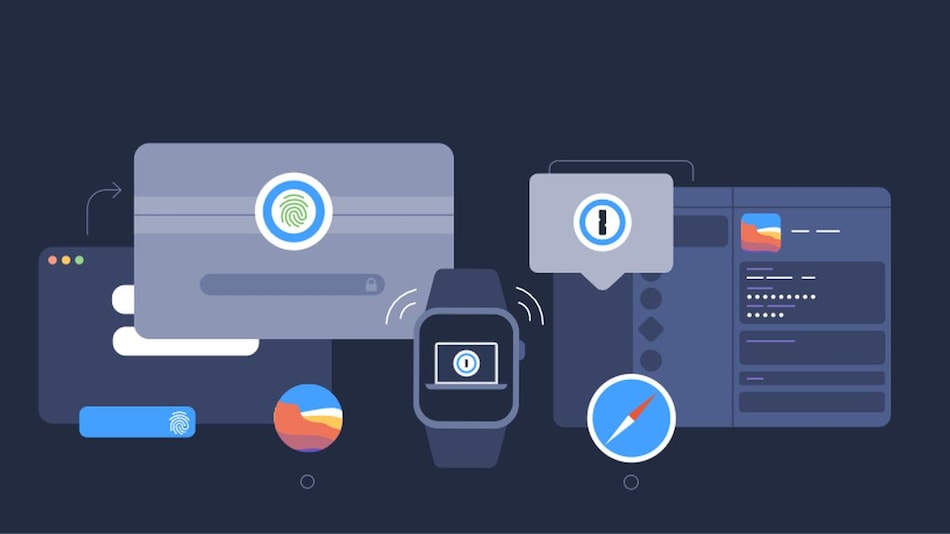 1Password, the popular password manager app by developer AgileBits, has been updated to version 7.7 for Mac. The update, which comes along with the release of the macOS Big Sur, drops in with a host of new and exciting features for Mac users including support for Apple Watch Unlock, along with a greater integration with the Safari Web browser.

Launched in 2006, 1Password provides a place for users to securely sync and store their passwords, software licenses and other sensitive information between multiple devices including Android phones, iPad, iPhone, Mac, Windows PC and more. 1Password 7.7 was released for macOS users on Monday and comes with the new Unlock with Apple Watch feature. The latest version has yet to be uploaded to the Mac App Store, but you can find it on the company site.

There were two ways in which you could unlock 1Password depending on your Mac model – you could either enter the password or use Touch ID on compatible Mac machines. Older MacBook models and even Mac desktops were required to enter their 1Password code all the time. With the arrival of the Unlock with Apple Watch feature, this won't be a necessity anymore. Your Mac can now be unlocked just using your Apple Watch.

To have this option enabled, users must be running macOS Catalina 10.15 or on a Mac with Secure Enclave (models with T1, T2, or M1 chip). You will see an option in 1Password preferences to turn on Unlock with Apple watch alongside the Touch ID option.

After you set up the Unlock with Apple Watch feature, you will get notified every time you open 1Password in macOS. If you turn on both Apple Watch and Touch ID unlock, the Touch ID option will be used as the primary unlock method, although you will still get a prompt to unlock with you Apple Watch.

The new update also offers superior integration with Safari. Similar to iCloud Keychain, 1Password can now check webpages in the background and automatically suggest passwords. The update also drops in with a refreshed design to match some of the macOS Big Sur changes, as well as improvements to secure user data privacy. Check out the full changelog.

1Password comes with a monthly subscription of $2.99 (roughly Rs. 200) among other plans.

OnePlus Details 7 Crowdsourced Features It Is Bringing to OxygenOS