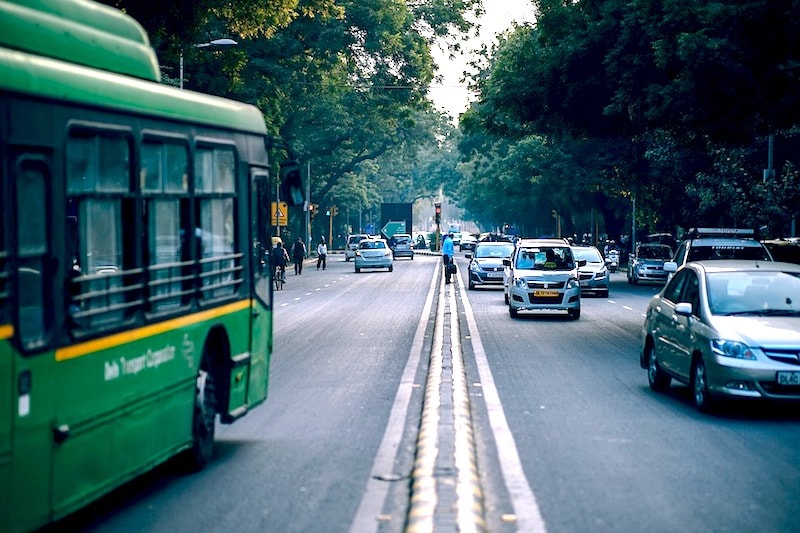 Today, you can call a taxi from an app and track its progress, or order your dinner and see it make its way towards you. Public transport doesn't work quite the same way in India just yet though. If you want to get around, Google Maps can tell you what bus or Metro to take and what the scheduled timings are, but beyond that you're mostly on your own.

Some cities are making attempts to address this gap - a recent report in Factor Daily highlighted the Intelligent Transport System (ITS) project to modernise the Bangalore Metropolitan Transport Corporation (BMTC) bus service. Using an IoT device, BMTC is able to track the whereabouts of buses with a frequency of 10 seconds, and customers will be able to see the locations and predicted ETAs of buses at their stops.

The ITS project uses technology developed by Bengaluru-based iTriangle, a GPS/ GSM vehicle tracking solutions provider. But it's far from the only company in this space, and in cities such as Mumbai and Delhi as well as smaller towns across India, various firms are trying to fill these same gaps.

One such company is Mumbai-based Ridlr. Gadgets 360 had reviewed the Ridlr app soon after it launched and at the time, the app only let you look up routes and schedules. The app used crowdsourcing to track the buses and predict their ETA. Two years later, Ridlr has about doubled in size, going from 9 cities to 22 today. It's also working with transport corporations in cities including Mumbai’s BEST, and you can even use the app to buy a bus pass. Brijraj Vaghani, the CEO of Ridlr, spoke to Gadgets 360 about how the public transport infrastructure has been evolving.

"We're still helping people make the commuting decisions, but now they can also make the transaction," says Vaghani. "You don't have to use cash anymore. We are extending this to buses throughout the country."

According to him, getting the first few projects off the ground was a challenge, but with examples in places, it's been easier to talk to the transport corporations around the country. The demonetisation initiative that started last November has also been a benefit.

"There is a lot of talk on cashless, mobile payments, and everyone understands the benefits, so we don't have to sell that anymore," he says. "In fact, we've had people come to us and ask us 'how can we implement this?' instead of us constantly having to chase people."

As of now, Ridlr (which has around 3 million downloads, and claims 400,000-500,000 monthly active users) still relies on user check-ins to track buses, but this could change soon, thanks to its payments system. "With the BEST buses, we are doing unreserved ticketing so you can't just show a printout," he says. "Everytime you get on the bus, you get scanned, and again when you exit. So in buses we use an IoT chip based on Wi-Fi. The system is very foolproof, and we've gotten a lot of support from the conductors as well, because it makes their lives easier too."

The IoT hardware for ticketing also represents a metaphorical foot in the door for other kinds of technology. "We're now working on using IoT for tracking as well, but our main focus is on the payments side. We are a commuting app, and we want to make digital more convenient," says Vaghani. "We're a stack for high-throughput transactions. It's very different from a typical PoS or payment flow. So we're looking at things like tolls, and parking lots, where you need fast throughput."

Another Mumbai-based company, Zophop, has already gone a step further in terms of tracking, and provides an Uber-style view of buses in some parts of Mumbai. "We created a multi-modal trip planning app to give you all the options," says Vinayak Bhavnani, co-founder and CEO of Zophop. "Over time more and more modes of transport come up so you have the Metro, monorail, buses, BRTS projects, Uber, Ola, and private shuttles. You need an aggregator to find the best way to travel."

"But if you're waiting for 30 minutes every day at a bus stop, that's a broken experience," he adds. "We're working on that, and the second problem which we've started on solving now is enabling digital transactions, especially on buses."

The catch is that getting data on the location of the buses in India isn't easy. There are no APIs to plug in to, and so like Ridlr, Zophop (which has around 400,000 installs, and around 40,000 to 50,000 active users) also used crowdsourcing based on check-ins.

"We know the routes, the schedules, all the static information, and then our algorithms can validate when you check in, if you're really on the bus, and if you've checked in to the right bus," says Bhavnani. In Navi Mumbai though, Zophop can show live information, and this comes with a simple app loaded on the conductor's phone, which is used for ticketing.

"We distributed an app to around 500 bus conductors - we started off with the idea of distributing phones, but around 80 percent already own a basic smartphone, so it was much more efficient to use that," he says. "Once we were getting accurate real time information, we were able to do tests on the latency of the ETA we are calculating. And the consistent feedback from the corporations has been that our accuracy is within a minute in cities like Mumbai, Chandigarh, and Delhi."

However, relying on conductors to keep an app is not a scalable solution, he feels, and for that reason, Zophop has developed GPS hardware, along with a cloud-based fleet management system and scheduling software, which it's been able to deploy in Nagpur so far. "It's a slow process when you're working with the government because they have to follow procedures, so Nagpur took us 11 months," he says. Things have changed though thanks to both the Smart Cities initiative and demonetisation, as the demand for this technology has shot up.

"The next step is payments, but that will also enable us to push out other features," he adds. "Right now we're relying on people to show the pass on their phone to the conductor, but once you have IoT devices in the buses, you can use Wi-Fi or server syncing for daily ticketing, and then you can also offer seat availability as a derivative of the data. Or you can show someone that this bus is coming in 2 minutes, then another one comes in 5 minutes which is half empty, so maybe you would prefer that one."

Xiaomi Doubles Its Shipments in Q3 2017, Says IDC
HTC U11+ Was Reportedly the 'Muskie' Shelved for LG-Made Pixel 2 XL