Why Uber's Self-Driving Taxi Test Has Some Experts Worried 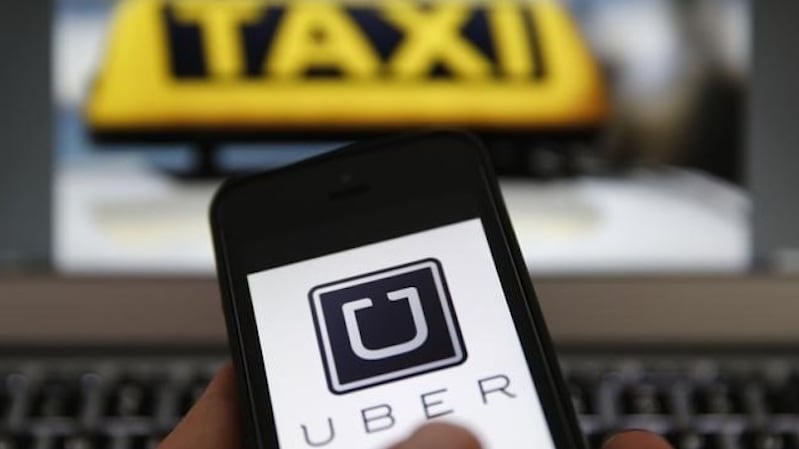 Uber's decision to bring self-driving taxis to the streets of Pittsburgh this week is raising alarms among a swath of safety experts who say that the technology is not nearly ready for prime time.

The unprecedented experiment will launch even though Pennsylvania has yet to pass basic laws that permit the testing of self-driving cars or rules that would govern what would happen in a crash. Uber is also not required to pass along any data from its vehicles to regulators.

Meanwhile, researchers note, autonomous cars have been thrown off by bridges, a particular problem in Pittsburgh, which has more bridges than any other major US city.

"They are essentially making the commuters the guinea pigs," said Joan Claybrook, a consumer-protection advocate and former head of the National Highway Traffic Safety Administration. "Of course there are going to be crashes. You can do the exact same tests without having average citizens in your car."

But advocates of autonomous vehicles say that the technology might never have happened if companies had to wait for governments to pass rules first. With nearly 37,000 Americans dying in car crashes every year, largely due to driver errors, technologists have stressed the critical need to push forward on the testing of driverless cars on actual roads.

In many ways, these competing views, brought into stark relief by Uber's Pittsburgh project, reflects the wider tension over how major innovation in America should take place.

Pittsburgh might be the exact environment that innovators love to leap into - a legal void that can be defined by technologists, not bureaucrats. The question is how fast, and under what conditions, should the testing of a life-changing technology occur. While many companies, including Google and General Motors, are conducting trials of automatic vehicles on public roads, Uber is the first to bring everyday commuters along for the ride.

"We've seen that this is coming - faster than anyone had imagined, " said Roger Cohen, policy director for Pennsylvania's Department of Transportation, who said that Uber was not legally required to ask for regulators' advance permission before its launch. "Current law, in its silence, is permitting it by not prohibiting it."

Uber's Pittsburgh project isn't only the most high-stakes test of a promising, nascent technology. It also reflects a belief that runs deep in the Silicon Valley DNA. That ethos holds as an article of faith that innovation will always be far ahead of the rules. It sees the world as a laboratory in which life can be made better when innovators are afforded the freedom to experiment.

In a talk two years ago at a Washington Post forum, Chris Urmson, the former Google executive who once led the company's self-driving car project, said "one of the great things about American innovation" was that if the law "doesn't say you can't do it, then you can."

Justin Kan, a partner at the Silicon Valley start-up incubator and seed fund Y Combinator, said that for all its fights with regulators, including scathing battles with taxi commissions in cities across the world, Uber has helped to pioneer and legitimize the world's most advanced taxi service in an arena where the law was quiet.

To be sure, the Pittsburgh project does not reflect the hard-charging Uber of its early days - back then, the start-up stormed into cities and lacerated taxi commissions for bilking consumers and preventing private citizens from making money by picking up passengers in their own cars. Though Uber was not legally required to do so, the company worked closely with Pennsylvania regulators in the rollout of the project. That strategy allowed the ride-hailing giant to get buy-in from officials, Cohen said, and exploit existing loopholes with fewer obstacles.

Uber's vehicles will include two trained safety drivers who can take over the wheel in an emergency.

Cohen and Bryant Walker Smith, an autonomous-vehicle expert at the Center for Internet and Society at Stanford Law School, are both comfortable with the tests because of the safety drivers. Still, they acknowledged that doesn't mean it will be collision-free. "You're not going to have perfection. There is going to be trial and error and it's not going to be problem free," Cohen said.

Even so, the effort is sparking alarm from safety experts who say the technology has major limitations that can be very dangerous. Self-driving cars have trouble seeing in bad weather. Sudden downpours, snow and especially puddles make it difficult for autonomous vehicles to detect lines on pavement and thereby stay in one lane.

Walker Smith added that self-driving cars have often confused bridges for other obstacles.

(Also see: How Uber Plans to Put Its Own Drivers Out of Business)

The vehicles also have difficulty understanding human gestures - for example, a crosswalk guard in front of a local elementary school may not be understood, said Mary Cummings, director of Duke University's Humans and Autonomy Lab, at a Senate hearing in March. She recommended that the vehicles not be allowed to operate near schools.

Then there's a the human factor: Researchers have shown that people like to test and prank robots. Today, a GPS jammer, which some people keep in their trunks to block police from tracking them, will easily throw off a self-driving car's ability to sense where it is, Cummings said.

For perspective, autonomous vehicles in Google's fleet have driven just shy of 2 million miles as of August 31. New York City taxicabs drive 1.4 million miles in just over a day, Cummings said. Uber declined to reveal how many miles its driverless cars have logged on public roadways, but said it will be testing Ford Fusions there, then Volvos, and the program will be opt-in, with a select group of Uber customers getting an email asking if they want to participate. Both vehicles have been vetted on test tracks in Pittsburgh, the company said.

Over the last several years, self-driving cars have begun to be tested on the roadways of at least four states. Yet the term "autonomous vehicles" is not mentioned anywhere in the federal motor-vehicle code - there are no safety standards for them, and no federal guidelines for testing. In Pennsylvania, regulators have proposed legislation that would allow for tests and require that companies doing them have insurance, and report information such as cybersecurity breaches, crashes and times when an engineer had to take over the wheel. But Uber's experiment will begin long before those proposals ever come up for a vote.

Such significant risks require a slower approach, said John Simpson, privacy project director with the advocacy group Consumer Watchdog. In a recent fatal collision by a partially autonomous Tesla, the software had difficulty distinguishing between a white truck and a bright sky, he said. In a report last year to the state of California, Google said its technology failed 341 times between September 2014, when California allowed testing, and November 30 2015. The technology turned over control to a human driver 272 times, and test drivers had to take over from the robot another 69 times.

The advocates also said the process had been secretive and favored companies. The Obama administration made a decision, Claybrook said, to issue voluntary industry guidelines rather than federal rules on autonomous vehicles; the guidelines are expected soon. While the voluntary guidelines process is speedier than rulemaking, it also denies the public and opportunity to weigh in - and to obtain records of meetings between companies and officials.

For much of Uber's brief history, the company has been in constant battles with regulators in cities across the world. But chief executive Travis Kalanick, who once extolled the virtues of "principled confrontation" and used an icon of Ayn Rand's libertarian opus "The Fountainhead" as his Twitter avatar, has taken a far softer approach in Pittsburgh. About a year ago, he approached Pittsburgh Mayor William Peduto with the idea of building an autonomous vehicle hub in Pittsburgh.

The hub would be centered around Carnegie Mellon University, which has a nearly two-decade-old history developing autonomous-driving technology. The mayor's first reaction, when Kalanick proposed bringing commuters on board several months ago, was shock. "The idea that anybody could actually ride in a self-driving car," Peduto said in an interview, "I thought that was years away - not months!"

Ultimately, he said, he was seduced by the potential safety benefits - and by the notion that a long-struggling Rust Belt city could become a hub for advanced manufacturing. If he delayed, he felt, Pittsburgh would lose the opportunity to another region.

"I'm 51 years old. I have never seen my city grow," Peduto said. "If we tried to stop time and did not want to be a leader in an industry that will forever change transportation over the next decade, we would be losing this opportunity to another city."

Around the same time, Uber's policy chief, former deputy New York City taxi and limousine commissioner Ashwini Chhabra, joined a task force convened by Pennsylvania's transportation department. The task force, composed of auto-industry players and lawmakers, debated the rollout of potential legislation and other issues. They discussed issues including the details of what types of information would have to be disclosed - from the number of miles traveled to the number of times a kill switch was used - and whether autonomous vehicles would be required to have special signage indicating that they were self-driving cars when on public roadways. Chhabra and automakers argued against that, Cohen said, but regulators pressed their case.

Ultimately, Uber's more diplomatic approach has helped bring regulators to its side, making it easier for the company to test uncharted waters, said Cohen, the state transportation policy director. Cities and governments, he added, are tired of being seen as hostile to innovation. "In the long arc," he said. "I think this will be something that - if it's done right - people will say that the private and public sector worked together in a way that benefited society."