Why Gadgets Must Adapt to a World Ruled by Software 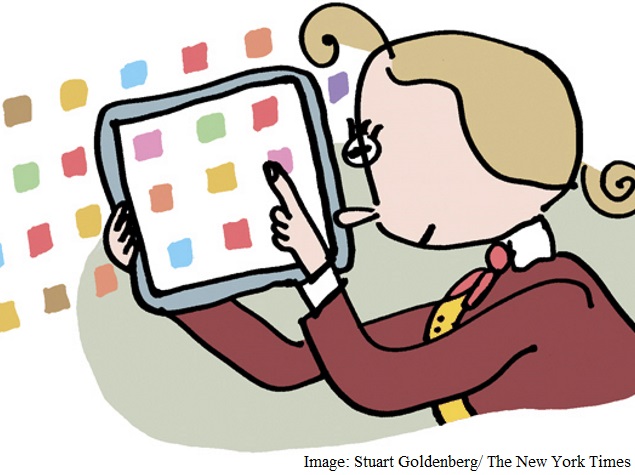 Technology fanatics descend every January on Las Vegas for the International CES, a colossal gathering of gadgetry and geekery where some of the world's largest companies show off their best ideas for the future.

This year, as in every recent year, the show has been burdened by existential angst, with many tech writers saying they planned to skip an event no longer seen as vital. It has been ages since anything momentous was unveiled at CES.

But the travails of CES are a symptom of a larger transformation in tech. The era dominated by consumer electronics - what most of us call gadgets - is in turmoil.

One reason is that many devices have been superseded by a single, all-powerful tool: the smartphone. Today, just about everything that once required a small, dedicated electronic device - from cameras to portable game consoles to GPS navigators to music players to too many others to name - works better as an app on a phone.

At the same time, smartphones have created new categories of capabilities that have eclipsed gadgets as the tech industry's center of energy and innovation.

I'm talking about photo apps like Instagram, messaging companies like WhatsApp and Snapchat, transportation systems like Uber and Lyft, and Apple Pay, the wireless payment system created by a company best known for its hardware.

These services, powered by smart software, use our phones' constant connection to the cloud, and their powers to connect us with one another, to create tech experiences that wouldn't have been possible with the gadgets of yesteryear. None of them would ever have graced a stage at CES, because none of these things are really gadgets; they're way more exciting than that.

Here's the important lesson for consumer electronics companies: The future of tech may not be in flashier, more powerful hardware, but instead in services enabled by clever software. The gadgets matter, but only if they allow for software that can create useful, perhaps groundbreaking services that work across all our gadgets.

"Today, what every customer expects is for their device to be a platform," said John MacFarlane, the chief executive of the connected-speaker company Sonos, referring to a design practice in which the machine's intelligence and user interface are built out of flexible software rather than baked into the hardware - thus enabling future improvements through updates.

Sonos, which was founded in 2002, was one of the first hardware startups to design its products this way.

Sonos' speakers offer the best example of why a design that is intended to be flexible can be so useful.

In 2005, when Sonos sold its first multiroom music system, the units played music stored on a computer, and they had to be controlled by the company's own touch-screen remote control. But the company believed that anyone who bought its speakers would keep them for a long time, probably a decade or more, so the device would have to be able to live through unpredictable tech changes.

So early in its design process, Sonos decided to make sure the software brains of its devices could be regularly updated. Every few months, the device would check in with the home base and acquire new capabilities.

"Did we know there would be an iPhone?" MacFarlane said. "No, we didn't know Apple was working on one. And we certainly didn't foresee tablets. But we made a decision to put the user experience on any device that was close to you, like your phone or PDA."

As a result, in the years since, Sonos' speakers have gained a range of new powers. They can be controlled by a smartphone app, play music from dozens of streaming music services and connect to a home-automation system, allowing the system to read you the weather report when you step into your kitchen for breakfast. If you bought those 2005-era Sonos speakers, you would have noticed something almost unheard-of in consumer tech, not to mention in life: The older the speakers got, the more they seemed capable of doing.

Sonos was a pioneer, but a range of hardware startups have embraced a philosophy that prizes flexible software as the heart of gadgetry.

Nest transformed the previously staid market for home thermostats by creating a model that leverages software connected to the Internet. In the same vein, firms like Dropcam made software-powered cameras, and companies like Fitbit and Jawbone made connected fitness gadgets.

Benedict Evans, an analyst at the venture capital firm Andreessen Horowitz, noted that a lot of these novel devices might not have been possible without the rise of smartphones. Not only do apps function as the user interface for many of these devices, but the phone industry has also created a supply chain of cheap computing components like processors and motion sensors that are used in many new connected devices.

"If you sit and count how many devices have been destroyed by the smartphone, you may end up with a dozen categories - but you may also end up with two or three dozen new things that become possible thanks to the smartphone," said Evans, the author of "Mobile Is Eating the World," an examination of how smartphones have roiled the traditional tech business.

Still, these forward-thinking manufacturers must take pains to keep their devices one step ahead of the advance of smartphones, which are always gaining new, gadget-destroying capabilities. Consider the market for basic fitness trackers - for instance, devices like the Fitbit Zip, a thumb-size, $60 device that hooks to your belt and counts your steps as you move.

Such a tracker, which connects to a phone to sync its data, might have made sense a few years ago, when people weren't as hooked to their phones. But as people carry their phones around with them more often - and as our phones become capable of better measurement, including elevation - will people still need a basic activity tracker? After all, today's top phones, including the iPhone and Samsung's new devices, have built-in apps that track your motion.

It's precisely because of this risk of being displaced by phones that gadget makers ought to think of their hardware as a platform for software.

In that world, a basic activity tracker that was rendered superfluous by a phone might acquire new capabilities for some other use. Maybe it could be converted, via software, into an activity tracker for pets? Or perhaps it could become part of a home automation system. By sensing the tracker's Bluetooth radio, for example, maybe your home could figure out where you are as you move around, and then turn on the lights as you enter a room, or lock the basement door when you head upstairs.

As my colleague Molly Wood reported, many companies at CES this week are focusing on plans for integrating their devices into connected systems, rather than simply bringing out flashier hardware.

Don't expect this integration to happen overnight; it could take years before we get to a point where it's a given that any device you buy will connect to any other. Gadget makers would do well to hasten this era: Their salvation lies in software.