WhatsApp Video Calling Is Here: 8 Other Features We Wish WhatsApp Had 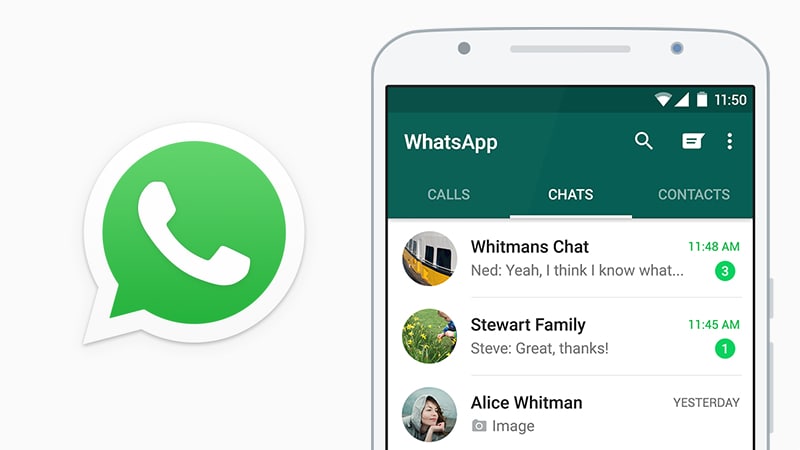 For the 160 million plus Indians that use the app every month, WhatsApp is both a useful and agonising tool - useful because almost everybody you know uses it, agonising because of the barrage of not-as-meaningful messages (read: forwards) many of us receive daily. The launch of video calling is a meaningful addition, continuing WhatsApp's recent spree of bringing new features to India's favourite messaging app.

Many of the recently added features, including video calling, writing over images and videos, @mentions in group chats, quoted replies etc, are clearly inspired by other popular messengers such as Telegram, Snapchat, Skype and others. Here are seven other features we wish WhatsApp borrowed from other popular messaging apps.

1) Granular controls for auto media download
WhatsApp currently has global settings where you get to choose when to automatically download pictures, videos, audio and documents that are sent to you either individually, or in a group. Everyone knows they should turn off auto downloads on mobile data, so that you don’t unnecessary burn through your monthly quota. It also may be advisable to turn off auto downloads entirely (even when on Wi-Fi) to prevent your phone’s internal storage from being clogged with media files. But because of this, it becomes inconvenient when you receive a stream of media from select people that you actually wish to see, which are accessible only after you click on each item, and initiate a download. Here, granular controls for automatic media downloading would help; where you can set auto-downloading rules for individuals or groups.

2) Separate tab for group and individual conversations
Although WhatsApp might be a place to participate in random chatter, because of its ubiquity it is also where many important, operational conversations take place. Many of us might be using it to communicate with our colleagues too. If so, active conversations from multiple participants often keep these groups surfacing on top when you open WhatsApp. Now you’ve got to carefully sift through these, to check if you haven’t missed any important one-on-one conversations.

Having a view where only two-people conversations are visible would make this daily process easier. One way that we can think of is if such conversations and group conversations were segregated, into two separate tabs in the app.

3) Direct login via desktop (phone connection not required)
WhatsApp’s arrival on computers was indeed a boon, since we no longer have to juggle between phone and computer every time we receive a message. But the implementation isn’t conventional; it requires your phone to be turned on and connected to the internet for for the desktop app to work. This is inconvenient at times say, when your phone is out of charge, and you want to respond to someone using the computer. Competing apps like Telegram or Facebook’s own Messenger app work independently on each platform they are available.

4) Don't add me to groups without checking
Friends and family members have this annoying habit of adding people to WhatsApp groups they don’t want to join. Cue messages such as the nano-GPS rumour, jokes, and chain-forwards. You can block people, but you can't block groups on WhatsApp, so this method can even be used to spam someone who has blocked you. A feature that lets you choose whether you want to join a group would be very handy. It could be just like friend requests on Facebook.

5) Ability to migrate chat backups between Android and iPhone
Brace yourself to losing your WhatsApp chats if you ever intend to switch from Android to iPhone or vice-versa. WhatsApp on iOS only backs up chats to the Apple-device-exclusive iCloud service. Whereas on Android it uses Google Drive - a service that is available for iOS too - but iOS users can't restore their chats from there. Apps like Telegram use their own encrypted backup service, making it more seamless when moving between different platforms. But assuming that WhatsApp doesn’t want to backup the world’s entire chats and media onto its servers, there at least ought to be some method to migrate chats between the world’s two biggest mobile platforms.

6) Audio conference
WhatsApp added voice calling in March last year, and we believe it's about time conference audio calls made its way to the app. This will help not just you and your friends to connect easily, businesses will also benefit from this, especially those weekly conference calls teams make.

7) Queue messages when there is no connectivity on iOS
This has been a bit of a pain-point for iOS users for years now, and it’s odd why the company hasn’t fixed it already. On an iPhone, when you’re out of network (say in a lift, or in an airplane), you cannot compose and queue messages that will automatically be delivered once the phone’s back in connectivity. It doesn’t seem like there’s any technical limitation on iOS either; Facebook Messenger does this just fine.

8) Encrypted cloud backups
While WhatsApp offers end-to-end encryption for chats, this doesn’t extend to chat backups. The conversations you backup on iCloud or Google Drive are unencrypted, which means that if someone gains access to these your conversations are exposed. Offering encrypted backups would solve this problem.

Is there a feature or two that would make your WhatsApp usage better? Share via the comments below.