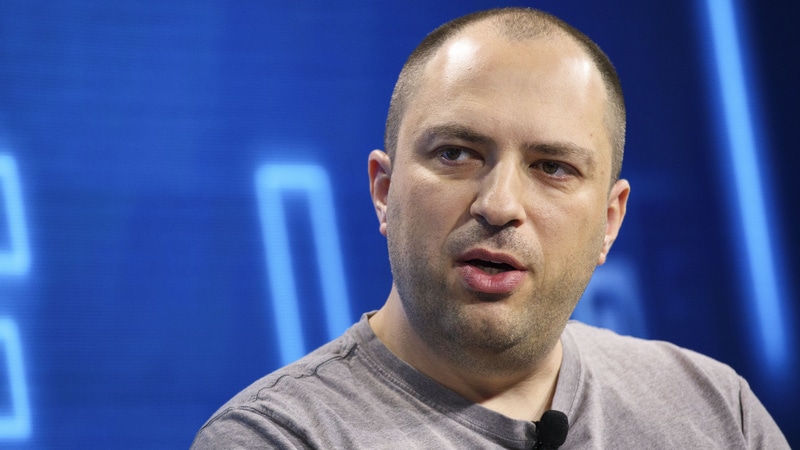 The billionaire chief executive of WhatsApp, Jan Koum, is planning to leave the company after clashing with its parent, Facebook, over the popular messaging service's strategy and Facebook's attempts to use its personal data and weaken its encryption, according to people familiar with internal discussions.

Koum, who sold WhatsApp to Facebook for more than $19 billion (roughly Rs. 1.26 lakh crores) in 2014, also plans to step down from Facebook's board of directors, according to these people. The date of his departure isn't known. He has been informing senior executives at Facebook and WhatsApp of his decision, and in recent months has been showing up less frequently to WhatsApp's offices on Facebook's campus in Silicon Valley, according to the people.

The independence and protection of its users' data is a core tenet of WhatsApp that Koum and his co-founder, Brian Acton, promised to preserve when they sold their tiny startup to Facebook. It doubled down on its pledge by adding encryption in 2016. The data clash took on additional significance in the wake of revelations in March that Facebook had allowed third parties to mishandle its users' personal information.

Facebook, though, needs to prove that its investment in WhatsApp - its largest acquisition ever - was worth it.

Koum's exit would be highly unusual at Facebook. The inner circle of management - and the Board of Directors - have been fiercely loyal during the scandals that have rocked the social media giant. In addition, Koum is the sole founder of a company acquired by Facebook to serve on its board. Only two other Facebook executives - CEO Mark Zuckerberg and Chief Operating Officer Sheryl Sandberg - are members of the board.

Acton left the company in November. He has joined a chorus of former executives critical of Facebook. Acton recently endorsed a #DeleteFacebook social media campaign that has gained force in the wake of the data privacy controversy sparked by Cambridge Analytica, the political marketing firm tied to the Trump campaign, had inappropriately obtained the private information of 87 million Facebook users.

Though the Cambridge Analytica revelations contributed to a climate of broader frustration with Facebook among WhatsApp employees, Koum made his decision to leave prior to the scandal, the people said.

WhatsApp, with 1.5 billion monthly users, is the largest messaging service in the world. It is most popular in countries such as India, Egypt, and Brazil, and in Europe, where it is used for phone calls and text messaging with friends and businesses, as well as news distribution and group chats.

Koum and Acton, former coworkers at Yahoo, founded WhatsApp in 2009. It promised private communications for 99 cents a year. By 2014, the tiny company had almost 500 million users. It caught the attention of Zuckerberg, who was looking to expand the social network overseas. After a dinner at Zuckerberg's house, Zuckerberg made an offer for WhatsApp that turned Acton and Koum into instant billionaires.

But even in the early days, there were signs of a mismatch. WhatsApp had less than $20 million (roughly Rs. 133 cores) in revenues at the time of the acquisition. Facebook was making billions of dollars by selling advertisers access to its users, on whom it had collected large amounts of information.

Koum and Acton were openly disparaging of the targeted advertising model. In a WhatsApp blog post in 2012, they wrote that "no one wakes up excited to see more advertising; no one goes to sleep thinking about the ads they'll see tomorrow." They described online advertising as "a disruption to aesthetics, an insult to your intelligence, and the interruption of your train of thought."

The WhatsApp co-founders were also big believers in privacy. They took pains to collect as little data as possible from their users, requiring only phone numbers and putting them at odds with data-hungry Facebook. At the time of the acquisition, Koum and Acton said Facebook had assured them that WhatsApp could remain an independent service and would not share its data with Facebook.

How and if WhatsApp would make money was left an open question. "WhatsApp will remain autonomous and operate independently," the founders in wrote in a blog post announcing the acquisition. "And you can still count on absolutely no ads interrupting your communication."

Eighteen months later, the promise not to share data evaporated. Facebook pushed WhatsApp to change its terms of service to give the social network access to the phone numbers of WhatsApp users, along with analytics such as what devices and operating systems people were using.

WhatsApp executives were comfortable sharing some data with Facebook in order to measure who was using the service, according to the people. But they opposed using WhatsApp's data to create a user profile that was unified across Facebook's multiple platforms, which also include Instagram and Facebook Messenger, and that could be used for ad-targeting or for Facebook's data-mining.

Conflicts soon arose over how WhatsApp would make money. Facebook scrapped the 99 cent annual charge, and Koum and Acton continued to oppose the advertising model. The service still has no ads, but WhatsApp has embarked on experiments to make money: In January, Facebook rolled out a tool, called WhatsApp Business, to allow businesses to create a profile and send messages to their customers on WhatsApp. The founders also clashed with Facebook over building a mobile payments system on WhatsApp in India.

Another point of disagreement was over WhatsApp's encryption. In 2016, WhatsApp added end-to-end encryption, a security feature that scrambles people's messages so that outsiders, including WhatsApp's owners, can't read them. Facebook executives wanted to make it easier for businesses to use its tools, and WhatsApp executives believed that doing so would require some weakening of its encryption.

Ultimately, Koum was worn down by the differences in approach, the people said. Other WhatsApp employees are demoralised and plan to to leave in November, four years and a month after the Facebook acquisition, when they are allowed to exercise all their stock options under the terms of the acquisition of Facebook, according to the people.

Acton donated $50 million of his money to Signal, a rival messaging app that is geared toward security and privacy. In a recent blog post announcing his donation and role as the executive chairman of the non-profit Signal Foundation, Acton said his goal was to build "the most trusted communications experience on the planet."