What Uber Can Learn From Airbnb's Global Expansion 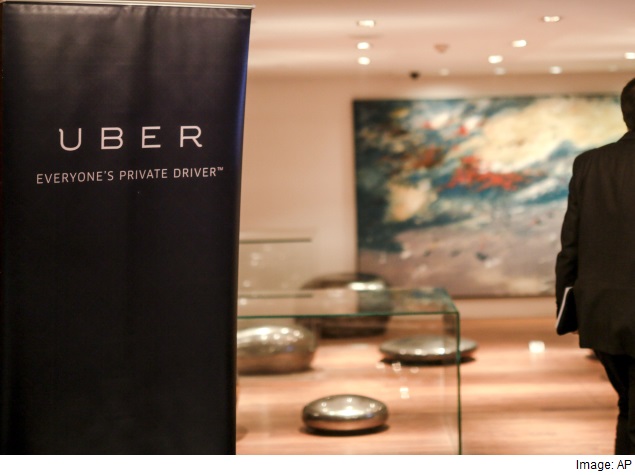 Last week, the home-sharing service Airbnb had more than 40,000 listings in Paris, making the French capital the company's most popular destination for travelers looking to rent a room or an entire apartment. Paris officials hail it for bringing innovation to the city's hotel industry.

The ride-hailing company Uber had a much more difficult week.

Thousands of Parisian taxi drivers took to the streets to protest UberPop, the company's low-cost service that's similar to UberX in the United States. French politicians denounced the company for defying the country's transport laws. And two of Uber's top executives in France were detained by the police and accused of operating an illegal taxi business. By Friday, the company had suspended UberPop across the country.

Uber and Airbnb are similar in many ways. Both born in San Francisco, the companies are now two of the largest entrants in the so-called on-demand economy, in which services are available at the touch of a smartphone button. They are both flush with investor money - with valuations in the tens of billions of dollars - and are using the cash to expand rapidly around the world.

But the starkly different paths in France for these companies lay bare contrasting strategies as they encounter the world of global regulators. Since it began in 2009, Uber has entered city after city, in Europe and elsewhere, with a largely catch-me-if-you-can attitude. Airbnb, which offers more rooms than traditional hotel groups like Hilton and InterContinental, has instead tilted toward courting local politicians in many of its most popular markets.

So far, Uber's approach has not significantly slowed it down. The company operates in more than 300 cities in almost 60 countries and is valued by investors at more than $40 billion. But Uber's aggressive attitude has put it at odds with regulators in many of the cities that are crucial to the company's global ambitions.

"A lot of these startups initially don't think much about regulation," said Thilo Koslowski, head of the automotive practice at Gartner, a technology research company in California. "It's all about having a punch strategy. They do things first, then ask questions later. As they mature, that starts to change."

Airbnb has not gone unscathed by regulators. It has faced significant clampdowns in American cities like New York, where some local policymakers have argued that Airbnb rentals could reduce the amount of long-term housing in the city. And last year, Airbnb was fined in Europe for the first time for violating a law in the Catalonia region of Spain that forbids renting individual rooms for tourism purposes. Airbnb is appealing the roughly $33,000 fine.

But by and large, Airbnb's approach has been to work with regulators, not against them.

In France, local Airbnb rentals started popping up a few months after the company was founded in 2008. Initially, the startup had limited contact with local regulators, finding few who understood its business. But by 2012, shortly after the Paris listings began growing quickly, Airbnb opened an office in the city and started speaking regularly with local authorities. They continued to do so in 2013, when new housing legislation was being debated.

Now, to clamp down on illegal vacation rentals, a team of investigators in Paris regularly conducts inspections, with fines of up to $28,000 for people who break the law, a rule that Airbnb supports. In addition, by early 2016, the company will start collecting a tourist tax from its users on behalf of Paris authorities, making the French capital the second city in Europe after Amsterdam to offer that service.

This approach with regulators is "about finding partners within governments that understand the sharing economy," said Patrick Robinson, head of public policy in Europe for Airbnb. "We want to explain what is happening out there because at some point, they will want to regulate this."

Uber began operating in France in late 2011, and the company says it initially found it difficult to set up meetings with French officials. Two years later, lawmakers were trying to put limits on the service, proposing new rules that would force any ride-booking service like Uber to wait at least 15 minutes before drivers could pick up new passengers, giving traditional taxi drivers a head start.

Last year, executives from the company began holding increasingly regular meetings with French lawmakers, part of a larger effort by the company to better engage regulators. By then, though, the pressure that had been applied by well-connected taxi groups had mostly won in France.

A new transport law, which went into force this year, requires all chauffeurs to have a professional license and restricts drivers from using geolocation software to show the whereabouts of their cars, rules that essentially prevent UberPop drivers from working legally. Authorities in Germany, Spain and the Netherlands also have banned Uber's low-cost offering, saying it amounts to unfair competition for traditional taxis.

Uber continued to operate UberPop in France, arguing in local courts that the transport law is unconstitutional. French police officers, however, have started issuing fines to some UberPop drivers, and the company's offices were raided in March during investigations that remain open. In response to the latest protests, Uber suspended its low-cost service on Friday.

A company spokesman declined to comment further on its dealings with regulators.

Uber's problems escalated last week, when taxi drivers blocked roads, burned tires and attacked drivers who they thought were working for Uber. Two of the company's senior executives in France also were detained and will stand trial in September on charges including "deceptive commercial practices" and illegally organizing taxi services through Uber's low-cost service.

"Modernity is innovation, the quality of service, the sharing economy," said Bernard Cazeneuve, France's interior minister, after the anti-Uber demonstrations spread across the country. "It is not black-market jobs and clandestine work organized against the rule of law by Uber."

In recent months, Uber has appeared more willing to engage with lawmakers. At a conference in January attended by many European officials in Munich, Travis Kalanick, the company's chief executive, said Uber wanted to find ways to operate within the law across the 28-member European Union. By allowing Uber to operate, Kalanick argued, the company could create up to 50,000 new jobs for drivers.

But as recent events in France have shown, the company sometimes remains willing to push ahead regardless of the opinions of lawmakers.

"Any government can shut you down, so you have to be willing to play the regulatory game," said Gerald R. Faulhaber, professor emeritus of business economics and public policy at the Wharton School at the University of Pennsylvania. "You need to work with regulators. There's no way around that."