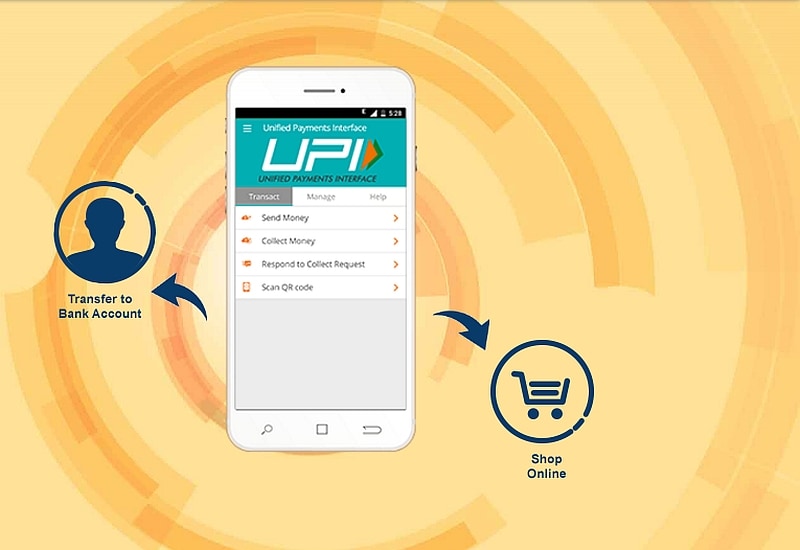 Of late, you've probably been hearing a lot of jargon flying about money transfers - terms like UPI, NPCI, IMPS, among others. There's been a lot of excitement about new UPI apps such like Axis Bank’s Axis Pay, ICICI's Pockets, and Flipkart's PhonePe, but what do these apps do? We're here to help and make sense of all these terms.

In really simple terms, the UPI (Unified Payments Interface) is a payments system - just like a cheque, your debit card, or a mobile wallet. The UPI, which went live last week is interoperable between banks, so it doesn't matter if you have an account with Axis Bank or ICICI Bank or Yes Bank - and that's thanks to the NPCI (National Payments Corporation of India), which is the same organisation that enables our ATMs to be interoperable, allowing you to use an Axis ATM card in an ICICI ATM, for example. The UPI has gone live with 21 banks including most of the major banks. Missing from the list right now is State Bank of India, but this is expected to change too.

Let's get into the details now. Here are all the questions we had about the UPI, answered. Let us know if you have any other doubts about the system via the comments, and we’ll try out best to answer.

How to use UPI?

As we explained above, it's a payments system. You could use UPI apps to transfer money between friends and family or to pay your landlord, or to make a payment at a shop, or to buy something online. The money will be debited from your bank account, and transferred to the recipients account instantly and securely.

UPI apps are based on the IMPS (Immediate Payment Service) system that you might have used with your netbanking app by now, and its available 24x7, even on Sundays and holidays.

How is UPI different from NEFT, RTGS, IMPS?

Good question. First up, NEFT and RTGS both involve a pretty significant delay, so you don't need to bother about that. UPI is based on IMPS, so in a basic sense, there's no big difference. UPI apps basically feature IMPS system designed for a mobile world - it's much more convenient to use, and easier to set up. What do we mean? Well, let's say that you want to transfer money right now - maybe your friends just got married and you want to send them some cash as a gift they can use in any way they want. Or you need to send money for any other reason.

Right now, using IMPS, you'll have to go to your bank's app - no using third-party apps for this - and go to the funds transfer section. Then you'll have to add a recipient; you have to authorise a recipient before you can send them money, and then until you manually remove them, you're stuck with them in the recipients list where you could accidentally select them at any time. Adding a recipient means entering a lot of details about them as well - you need to know their bank account number, and IFSC code (and depending on the bank app you're using, also their bank branch), which are all long strings of numbers. It's confusing and painstaking.

With UPI, just open a UPI app that's linked to your account, enter the payee ID (which is something simple and memorable like gopal@icici), the amount, and click transfer.

How do I get started with UPI?

Others such as Bank of Baroda, HDFC, and State Bank of India are coming soon on the UPI. Once you download the UPI app, you need to verify your phone number, and then link your bank account to the app. Once you've confirmed your bank details, you're good to go and can start using the UPI app to send or receive money.

No. This is one of the big plus points of the UPI - it's interoperable between banks, so you don't need to have a different UPI app for every account you use. If you're already using the iMobile app and want to use UPI on that, go ahead because the experience is pretty good, but otherwise, you could download something like Flipkart's PhonePe, and link all your different bank accounts to that app. You can use the Axis Pay UPI app, link your ICICI account to it, to transfer money from your ICICI account to any recipient. It's simple and easy.

Where can I use UPI apps?

Right now, there aren't too many use cases for UPI in place. You can use UPI apps to do person to person transfers, direct to a bank account. So these UPI apps are convenient for paying your rent, and some shops that sell high value items also allow you to make payments via bank transfers, and these will also be accessible. We've used IMPS to pay movers and packers, so that's another scenario where UPI apps will be useful. However, it's ease of use means that it should see wider adoption soon.

Thanks to its investment in PhonePe - released in partnership with Yes Bank - Flipkart is going to start supporting UPI for shopping soon; other online stores are likely to follow suit, so you should be able to use the UPI online across major players with ease. Although the implementation isn't known yet, Flipkart will likely send a payment request to your UPI ID which you will have to authenticate on your phone to complete the transaction.

Why not use a debit/ credit card instead of UPI apps?

Couple of reasons. First up - let's say that you need to pay a friend back for lunch, and need to send them some money. You can't do that with a card. UPI apps are going to be very useful in peer to peer scenarios. Paying your landlord is another scenario where it's convenient and where cards won't work. But what about things like paying your utility bills, or online shopping? Cards work there, but you have to enter a lot of details to get it to work - you need to enter your card number (long string of numbers to remember) and then you have to enter a CVV, and your name, and the expiry date, and then you have to enter your OTP to complete a transaction.

Do I have to have a bank account to use UPI apps?

Yes. The UPI app has to be linked to a bank account to send or receive money.

Are there any charges for using UPI?

With UPI, you'll be paying the IMPS fee of Rs. 5 plus service tax. It's what you'd pay if you were to use netbanking anyway, there's no additional fee for using UPI.

Why is this better than using a wallet?

One question that comes up a lot is whether UPI is like a mobile wallet, and whether the UPI apps are going to remove the need for mobile wallets. The answer is not really, in both cases. Yes, the UPI removes a lot of the inconvenience that's been typical for netbanking, which makes it similar to a mobile wallet. However, mobile wallets have been around for a while and have pretty sophisticated systems for payments with linkages to a number of services. Banks can, and will, catch up, but the UPI has a much broader scope and isn't really comparable to a mobile wallet. On the other hand, mobile wallets could also benefit from the UPI in the long term - it could be used solve interoperability issues between services, and it could be used as an easy way to top up your wallet, once the NPCI opens up UPI to wallets.

Why bother with a wallet at all then? It's an additional layer of security - wallets have a transaction limit and a total size that are both relatively low - if you made any mistake or someone misused your account, you wouldn't lose too much money. Prepaid services can also be a way to keep a check on the total amount of spending you do - say you assign Rs. 5,000 per month as your order in budget, and then only use a wallet to, say, make payments for food. That said, the UPI will have an impact on wallets as well, even though it is not likely to kill them off either.

Did we miss something you want to know more about UPI and UPI apps? Let us know via the comments and we'll try and answer your questions.

Narcos, The Big Short, and Everything Else That's New on Netflix in September
Google+ Revamped UI Starts Rolling Out to All Users