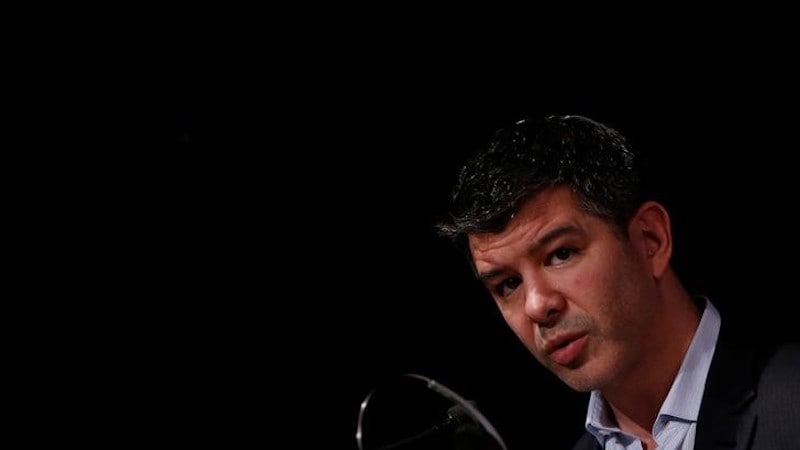 Help Wanted: A chief operating officer to help change a Silicon Valley giant's now-notorious "bro" culture, but who can thrive in a power dynamic that hands the boss overwhelming control.

At Uber, co-founder and CEO Travis Kalanick commands everything from board decision-making to the exact hour the beer taps will open at the company's San Francisco headquarters.

That management approach is rooted in more than just a cult of personality.

Uber's governance and share structure, and the "founder-friendly" terms of the $13 billion in equity the company has raised, give Kalanick, his co-founder and a fellow employee ultimate control over the company, according to company documents and an Uber investor with knowledge of the matter.

As the company searches for a chief operating officer who can in theory take on some of Kalanick's sweeping authority, that looks to be a problem.

"A COO would report into Travis, so structurally, there's the rub," said Dave Carvajal, an executive recruiter for venture-backed tech companies. "This COO is going to need to have influence at the board level to effect change."

Kalanick's near-total control at Uber is made possible largely by a dual-class share structure that gives certain owners 10 votes per share, according the company's certificate of incorporation filed with the State of Delaware.

Kalanick, along with Garrett Camp, Uber's co-founder who is now working on another startup, and Ryan Graves, Uber CEO prior to Kalanick, together hold enough of those super-voting shares to give them control of the company, according to an Uber investor with knowledge of the matter.

The documents say Uber's executive board may have eleven voting members, including nine seats controlled by shareholders with super-voting rights.

Leaving control with founders has become popular in Silicon Valley in recent years, both because of the success of founder-led enterprises like Facebook and Alphabet Inc's Google and because investors compete with each other to fund entrepreneurs by offering them the best terms.

Those circumstances helped Uber obtain a $68 billion valuation, the biggest of any private venture-backed company.

But with Uber rocked by scandals, including detailed accusations of sexual harassment from a former female employee and a video showing Kalanick harshly berating an Uber driver, Kalanick just weeks ago promised to "grow up" and hire a COO who would offer "leadership help."

The share structure leaves investors with few options if they lose patience with Kalanick, though there is little sign of that happening. With two public exceptions, investors have either supported Kalanick or stayed silent as the company's all-important rider numbers continue to grow even in the face of controversy.

Mitchell Green, a partner at Lead Edge Capital that invested in Uber at a $40 billion valuation, believes the controversies will blow over and he even wants to buy more stock.

Control a COO deterrent?
The most effective COOs have broad authority and direct access to the board, governance experts say. At Facebook, for example, COO Sheryl Sandberg works in partnership with founder and CEO Mark Zuckerberg and holds a board seat.

At Uber, it's not so easy to envision what a power-sharing arrangement would look like, or how the brash founder could be an agent of managerial change under such a governance structure, the experts said.

"People don't like to correct their own homework," said Bill Aulet, managing director of the entrepreneurship center at the Massachusetts Institute of Technology. "This is a situation where the checks and balances are not really in place."

An Uber spokesman declined to comment for this story.

A string of high-level executive departures - including company president Jeff Jones last month and top communications chief Rachel Whetstone this week - has centralized even more authority with Kalanick and raised questions about the staying power of his deputies.

Uber CEO Remains in Driver's Seat on Road to Change

Kalanick is known to obsess over details like office decor alongside big issues like pricing strategy and driver relations.

Kalanick at one point ordered the beer taps in the office locked during certain hours, controlling when employees could pour themselves a pint, after expressing displeasure with one imbibing staff member, said one former employee.

The CEO closely managed Uber's logo redesign last year, despite himself not being a designer, according to a source close to the company. Design chief Andrew Crow announced he was quitting the day after the new logo was unveiled.

Soon after, Kalanick rejected the new logo designers brought him for UberEats, the company's food-delivery business, upset that the team hadn't shown him every iteration of the design, according to a second former employee.

The CEO also at times edited press statements following a PR incident, the former employee said. He was especially anxious that the company didn't come across as too apologetic.

This sort of iron grip may deter qualified COO candidates who "don't want to do their job with one arm tied behind their back," said Robert Siegel, a lecturer at Stanford University and venture capitalist at XSeed Capital.