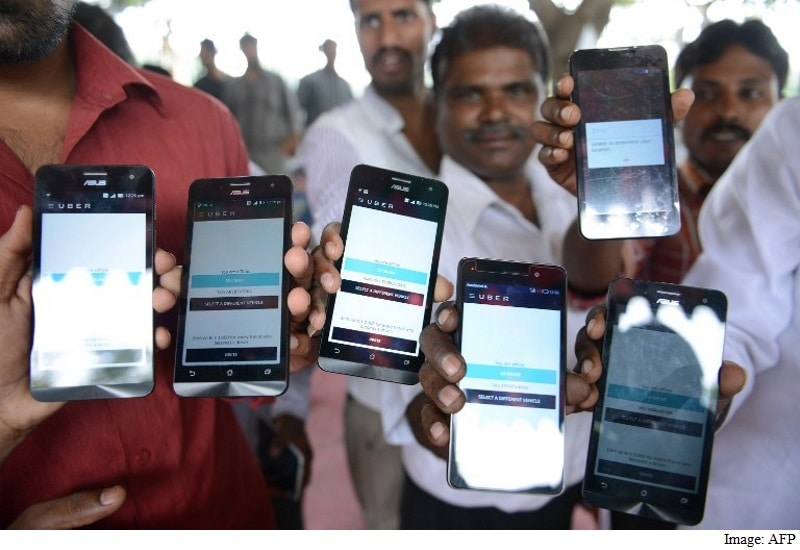 Uber Technologies Inc unveiled its first-ever brand campaign in India last month with a video showing a tense Uber driver navigating gridlocked streets as he rushes to drop off a little girl to her school on exam day. In a Bollywood-style twist at the end, the girl turns back at the school gate and calls out to him, "Have a nice day, Papa."

The promotion is one of many signs the world's most valuable startup, after exiting China, is gearing up for an epic battle in India against homegrown rival ANI Technologies Pvt's Ola. Uber is stepping up investments in the country and aiming to recruit a million drivers by 2018. The goal is clear: unseat Ola at the top of the market.

The San Francisco-based company is closing the gap. Uber says it has expanded to 28 cities in India and handled about 5.5 million rides per week in August, more than triple the amount at the start of the year. India has become its largest market after the US, in part because it agreed to sell its China business to Didi Chuxing.

"India is a strategic priority," said Amit Jain, a former McKinsey & Co. consultant who now runs Uber's operation in the country. "India accounts for 12 percent of all rides on our platform globally and there remains tremendous potential."

It's enough of a priority that Jain cut short a paternity break after the birth of his second child to rejoin the fray. At an event in New Delhi, he showed off an Uber onesie that, rather than the app's usual "Set Pickup Location," reads "Set Tickle Location."

Last week in Delhi, Jain huddled with top executives from the US to plot strategy. Among the visitors were Andrew Macdonald, who runs Uber's APAC and Latin America operations, and Rachel Whetstone, head of policy. Whetstone teamed up with India's Commerce and Industry minister to launch UberPITCH, a service that lets entrepreneurs chat with potential investors during a car ride arranged by the company.

After the China retreat, Uber is under pressure to show it can succeed in overseas markets as it heads towards an inevitable initial public offering. It's redoubling efforts in Asia, Europe and Latin America. It needs to justify a valuation that's already at $69 billion (roughly Rs. 4,59,350 crores), the most for any venture-backed startup in the world and more than General Motors Co. or Tesla Motors Inc.

"Now that it has exited China, India is the most important market for Uber outside of the US," said Kartik Hosanagar, a professor of technology and digital business at the Wharton School, University of Pennsylvania. "India will be crucial in terms of both demonstrating success in large international markets and long-term growth potential."

(Also see:  Uber vs Ola: How the Fight for the Indian Taxi Market Ended Up in Court)

There are parallels to the fateful battle in China. Once again, Uber faces an entrenched local competitor that has jumped out to an early lead. Again, the domestic rival is led by a crafty thirty-something with intimate knowledge of the market and a venture capital-stocked warchest. The market is surging in India too, projected to hit $10 billion as people look for alternatives to the poor public transport systems and the pricey options for buying cars.

One critical difference: Ola has nowhere near the funding Didi had. The local leader has raised $1.2 billion, compared with $10 billion for the Chinese company. Didi's CEO Cheng Wei could afford to spend heavily on recruiting drivers and customers, creating such painful losses for Uber as it tried to keep up that its investors pushed for a truce. Ola can't afford a similar strategy, given Uber has raised more than $10 billion.

Ola co-founder Bhavish Aggarwal does have the advantage of six years in the business and a deep understanding of local customers. In one episode two years ago that drew praise in the national press, Aggarwal and his employees commandeered boats during flooding in Chennai to help with government rescue efforts. He's also stayed ahead with innovations in the business - letting customers pay with cash since few have credit cards, introducing multiple language apps because many drivers don't read English and debuting a ride-later feature that Uber copied after many months. Ola provides a broader range of ride options too, from three-wheeler autorickshaws to luxury Jaguars and Mercedes.

Ola operates in three times as many cities as Uber and claims that total rides in just its cheapest-category "Micro" auto service exceed Uber's entire business in the country. "Money is not the thing that wins the market. It is experience," Aggarwal said in an interview this summer. Ola declined to comment for this story.

Jain and Uber are starting to test that theory. They're stepping up spending to recruit drivers and investing in technology to broaden and customize their services. They're building up engineering and support teams in Bangalore and Delhi. Uber is also holding discussions with the government to allow employees to book rides through the official procurement portal.

Jain is adapting Uber's service to the peculiarities of India. Because credit cards are rare, Uber started accepting cash payments in the country, a first globally. Given poor Internet coverage, the company last month began letting users book a ride without having to download its app, another global first. Uber also introduced a Help button on its app that triggers an emergency alert after a high-profile incident involving an Uber driver's rape of a young woman passenger in New Delhi in 2014. Last week, it introduced the safety feature in South Africa after similar incidents there.

"The merger with Didi has freed up resources for additional focus on customer experience and technology," said Jain.

He's doing more than spending money. He takes Uber for pretty much every trip through Delhi's traffic-snarled streets, using his own car only to ferry his daughter to school. He wants to check quality and make improvements. "We want to provide a service so reliable, affordable and convenient that people rethink private car ownership," he said.

Ola and Uber often look to be one-upping each other. After Uber's app-less service started last month, Ola started letting users book rides through text messaging. In a move to recruit drivers, Ola struck a deal with automaker Mahindra & Mahindra to make it more affordable for thousands of people to buy their own cars. Uber negotiated a similar agreement with Maruti Suzuki, the country's largest carmaker.

The rivals have extended their battle into the courtroom. In a lawsuit earlier this year, Uber accused Ola of creating fake accounts and making false bookings to interfere with its business. Ola denied the allegations, calling them "frivolous and false".

Jain wouldn't disclose how much Uber is losing in the market, but people familiar with the matter say it's tens of millions of dollars a month. That's still far less than the $2 billion it burned through in China.

Rushabh Doshi, a Singapore-based analyst with Canalys, said Uber's advertising campaign will likely help it gain more ground in India, especially among late adopters who are just getting smartphones and trying services like WhatsApp and Facebook. He thinks Jain may have to get more aggressive given the pressure on Uber to make progress in the country.

Jain sounds up for it. Uber is investing more in India, he explains, in part because it can use innovations there in similar markets around the world, where Internet coverage is poor or credit cards aren't in use. In that sense, the battle with Ola is about more than India. "It pushes us to innovate," he said.