Tim Cook on How Artificial Intelligence Is Enriching Apple 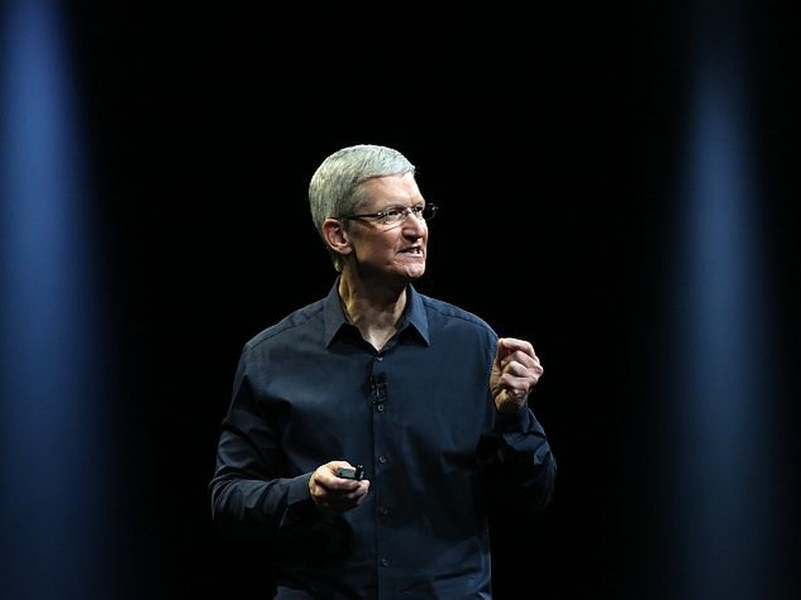 Speaking at Apple's quarterly earnings call, Apple CEO Tim Cook covered a variety of subjects, and one of the areas that he highlighted for investors is artificial intelligence. AI has fast become one of the top buzzwords for most companies, including Facebook, Google, and Microsoft, and it seems Apple is no exception.

While AI is often viewed as an esoteric subject, its applications are found in everyday interactions, and Cook highlighted this by talking about HomeKit, CarPlay, and the Health app, and talking about how these experiences become smarter and more intuitive through the use of advanced AI.

"We have focused our AI efforts on the features that best enhance the customer experience," Cook explained. "For example, machine learning enables Siri to understand words as well as the intent behind them. That means Siri does a better job understanding and even predicting what you want, then delivering the right responses to requests."

At WWDC 2016 Apple talked about ways in which it can improve this further, and one of the ways in which Apple is doing this is by opening up Siri to third-party developers, something Cook highlighted on the call.

"To make Siri an even smarter assistant, we're opening the service to developers, and this fall Siri will be available across our entire product line," he said.

"We're also using machine learning in many other ways across our products and services, including recommending songs, apps, and news," Cook added.

What does this mean? Machine learning is a way of creating code that can learn new inputs and work out appropriate responses the way people do, and this has applications in a number of different situations.

"Machine learning is improving facial and image recognition in photos, predicting word choice while typing in messages and mail, and providing context awareness in maps for better directions," explained Cook. "Deep learning within our products even enables them to recognise usage patterns and improve their own battery life. And most importantly, we deliver these intelligent services while protecting users' privacy. Most of the AI processing takes place on the device rather than being sent to the cloud."

Battery life is one of the biggest issues these days, so if an app can get more user-friendly and also use less battery life that would be a huge win for any company. The fact that all of this happens on your device also means that it would be harder for anyone to hack this information, in case you were worried about privacy. Apple actually has some plans on privacy overall, which Cook highlighted on the call.

"Starting this fall, we'll be using sophisticated technology called differential privacy, enhancing our ability to deliver the kinds of services we dream of and customers love without compromising on the individual privacy our customers have come to expect from us," he said, and added, "It's becoming essential."

At the same time, Cook also talked about how AI can make for not just smarter apps, but also a smarter phone - one where you don't necessarily have to dig through a dozen apps to get things done, but rather, everything you need is presented to you when the phone knows you want it.

"As the phone becomes more and more your assistant, it's one of those that you're not going to leave without it. And so I see all of those things as vectors that are incredibly positive," said Cook. "A killer user experience that is integrated across their lives I think becomes more important, and I think that really plays to our advantage. I also think that the deployment of AI technology is something that we will excel at because of our focus on user experience, and so I like that."

Apple has more to show for its efforts in artificial intelligence, where it was an early pioneer with its Siri digital assistant. But the company has been dogged by doubts that it has fallen behind rivals such as Amazonand Google and will be hard-pressed to catch up due to its strict privacy stance.

"They are running behind, and they are trying to catch up both in perception but also in fact," said Oren Etzioni, who is CEO of the Allen Institute for Artificial Intelligence and a professor at the University of Washington.

Cook maintained that Apple had found a way to strike the balance between progressing in artificial intelligence and maintaining users' privacy, detailing features in Apple's latest operating system.

"The deployment of artificial intelligence technology is something that we will excel at because of our focus on user experience," he said.