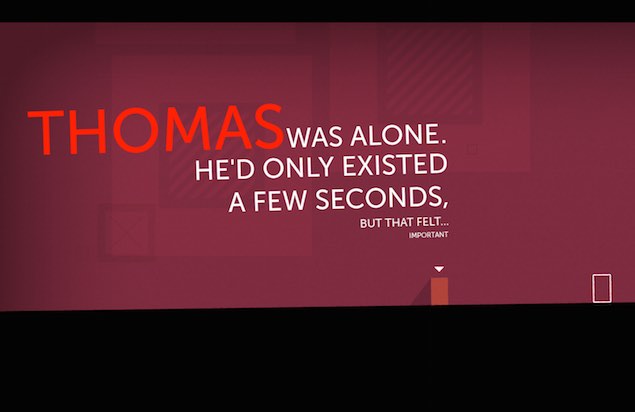 Mike Bithell is the anomaly in the system; a game developer who managed success, with his very first solo title, Thomas Was Alone. First released as a flash game in 2010, Thomas Was Alone - a simple platform game where the characters are just rectangles - grew more and more successful as it launched on more platforms. Today, the game is available on PC, the PlayStation 3 (PS3), PS4, PS Vita, the Xbox One, as well as iOS, and Android.

Last year, Bithell tweeted that it crossed one million copies sold. On the surface Thomas Was Alone seemed like a fairly simple game about a bunch of squares jumping from one platform to the next, but it was wrapped in a compelling narrative revolving around society and artificial intelligence. Bithell acknowledges that it wasn't a game made with a mass audience in mind, and Thomas Was Alone's success was something he was unprepared for.

"I think you have to make something that feels right for you and hope that there's enough people in the world who will share your taste," says Bithell, over a Skype call. "For me it was very surprising that it hit that number. It was fantastic and very cool that enough people felt the same way about the game as I did." 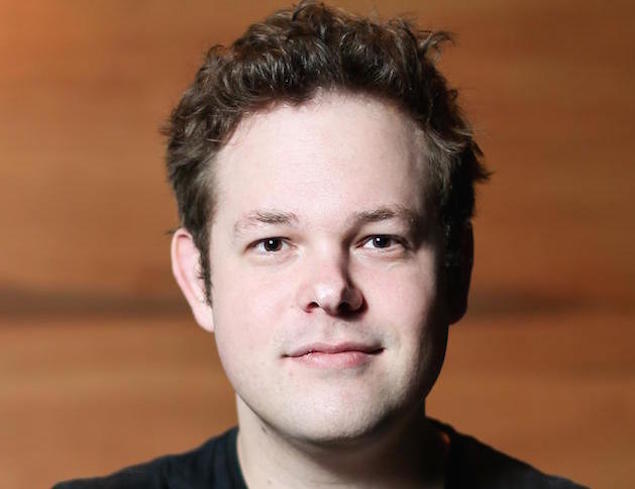 Popularity brought its own problems. Originally released on Desura and Steam in 2012, console owners had to wait till April 2013 to get their hands on it. Usually making games available on other platforms does not take that long, but Bithell had not planned on launching the game on different platforms.

"It wasn't something I had planned for," he tells us. "The game was meant to be a hobby project. A side project that was never really meant to amount to much. So when that success did hit, I wasn't prepared for it." Luckily, he found ample support from Sony, which wanted the game on the PlayStation 3 and PS Vita.

"They were starting to work better with indies and streamline their processes at the point Thomas Was Alone came out," Bithell says. "And they were super supportive. They were really great, jumped behind the game and supported it."

The advantages to exclusivity

It appears that Sony's enthusiasm paid off. His next game, Volume, will be exclusive to the PS4 and Vita for a month. Big games like Destiny and Rise of the Tomb Raider drew criticism for console exclusives and we asked Bithell if this was something smaller developers had to worry about too.

"My take on it is exclusivity is something that happens by default with games," he says. "A lot of the time, the idea of doing a full cross-platform release, where you simultaneously release on PC and all consoles and maybe even mobile- that's an incredibly expensive upfront expense on a game."

Concept art from Bithell's next game, Volume. It's a timed exclusive on Sony's consoles.

"To get a game out on all those platforms and working and reliable and trust worthy is very tricky," he adds." It's something that's very challenging to get done especially on an indie budget its very hard."

Due to this, indie developers end up staggering releases across platforms, wherein a game is released across consoles, PC and mobile over the space of a few months. While consumers might feel slighted, Bithell believes this can be used to the developer's advantage.

"There's an inherent value in doing this for the platform holder," he says. "So if you're smart what you can do is - you can make the limitation on your production- that kind of that very tight constraint on how stuff gets done into something you can go to platform holders and get support of the back of." Working with a small team would make it impossible to hit all platforms on the same day.

"For me with Volume it was going to be very hard to bring this game out if we did Playstation, Xbox, Wii U, PC, Mac, and Linux all on the same day," he says. "That would be impossible for us. We're a very small team. What we decide to do is stagger things, do it in an order and then use that to get more support from the platform holders and do things are own way. People have understood that we are a small team and we have to do the game this way to get the game out there at the quality that we want it. So it's gone well."

The Xbox One parity clause: Unfair to indies?

Of course, these kinds of deals are good for the console makers too. As Bithell points out, indie games often generate out of proportion to their budgets, and can help platform owners to hedge their bets.

"We're actually very good value as well in terms of the investments they [Sony, Microsoft, or Nintendo] can make," he says. "If they're looking at a AAA game or 50 well supported indie games - it's a compelling argument we can make to them. If they give us a bit of help hopefully they'll see the return on that at a very low level of investment. They've been great. Sony in particular, we've had a great relationship with and have done lot of awesome stuff and we see that with a lot of the other companies too."

Microsoft, however has gotten a lot of flak from indies for its policies on the Xbox One, in particular its parity clause, which states that developers can only release their titles on Xbox One if they haven't already been launched on other consoles. This clause is something Bithell is not too happy with.

"﻿I've said in the past I'm not a massive fan," he says. "If you see Volume on an Xbox then you'll know we were successful in that process. But no, I can understand the logic behind it. It makes sense for them. For us it doesn't make sense, personally."

But despite the pressure to take sides in the console war, Bithell says he prefers it to the mobile market.

"I'm very fortunate to be in spaces like console and PC rather than mobile predominantly where we don't have to spend much money upfront and our business model doesn't rely on free-to-play, that requires an enormous population," he says. "We can do very well from much-smaller, more-targeted marketing efforts." 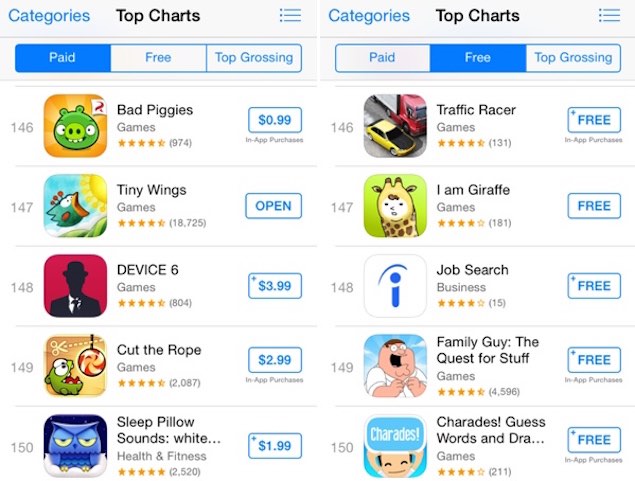 "For me, I think it [mobile] has made the cost of developing games cheaper but frankly there still is a cost barrier in terms of if you want to produce polished aesthetically pleasing, complex games or even games that are very simple but very well executed," he adds. "There are still costs associated with that. You're not going to beat expertise, the people with the talent are obviously the biggest costs. Much more than software, [which is] as it should be."

Bithell says indies should realise the scale they're operating at rather than build a plan based around uncertainties that come with the crowded free-to-play space.

"I always encourage people to go premium because premium means the money works a lot better," he says. "If you can get 'X' number of thousand people to want to try your game via word of mouth, traditional marketing or through reviews and coverage, or support from Apple or all of these things, if you can get that audience to give you $2 to just walk in the door, you have a much smaller requirement for that audience which much better suits the projects indies tend to do."

Bithell knows that games like his won't make as much money as the most successful free-to-play titles do. The scale at which games like Clash of Clans can earn is enormous, but his belief is that finding a profitable niche is a lot easier. While a few games break out and make enormous amounts of money, the vast majority of free-to-play games do not.

"With premium you either make nothing or you make something a bit more than nothing. And there's a much more gradated scale there," Bithell observes. "I tend to push indies away from free-to-play for now simply because the market's oversaturated and people who are making money there are very competitive and you're going to struggle to take them out." 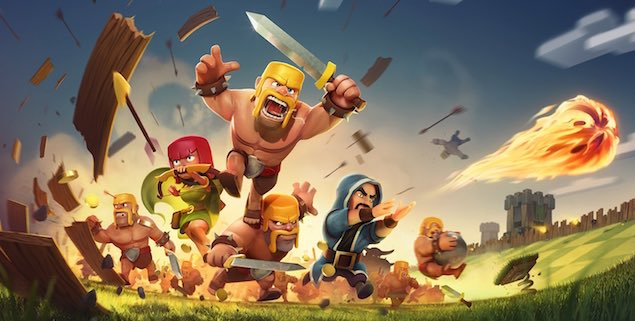 It's a stark contrast compared to the local development scene in the country that's seen almost every developer, indie or otherwise, embrace the free-to-play model. And it's one of the reasons why Bithell will be in Bangalore for Pocket Gamer Connects later this week, to learn about the local market and the opportunities it brings.

"I'm incredibly ignorant. I don't know about Indian game development in general, Bangalore specifically," he says. "I'm excited and looking forward to seeing what that space is," he says. "I know there's an amazing creative space there that I think might be under-tapped by Western developers. So I'm interested to meet people and have a chat. I'm looking forward to being taught about how the local industry works."