Standing Instructions and Interoperable Points of Sale: How PhonePe Wants to Reinvent UPI 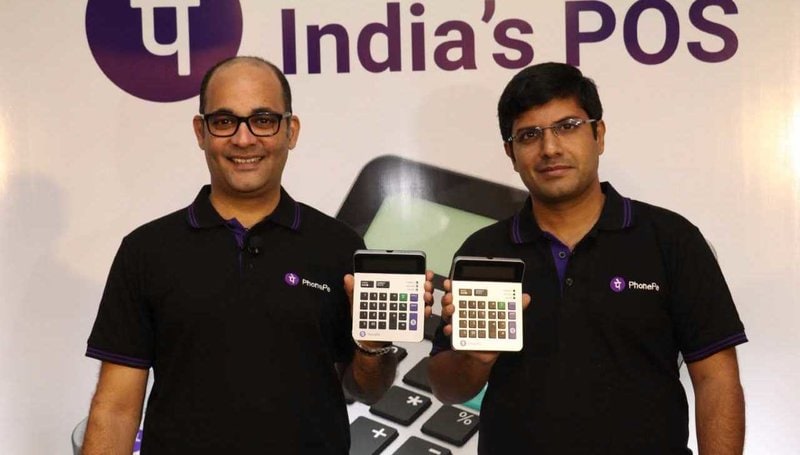 As of now, the UPI is mostly a person to person (P2P) interface. It's being used to send money to a friend who covered your lunch bill, and it's being used by people working in the cities who want to send a remittance to their families. The UPI, which acts as a simple layer over IMPS making it very easy to send money between bank accounts using only a virtual payments address (VPA), is still not being very widely used by businesses. Although the RBI data does not separate P2P and P2M (person to merchant) payments, multiple UPI companies have confirmed privately to Gadgets 360 that UPI payments are still overwhelmingly used for P2P.

This is something that PhonePe - the Flipkart-owned fintech startup from Bengaluru that was the first to launch a UPI app - is trying to address and it took the first steps with a recent partnership with IOCL. At an event in Bengaluru last week, PhonePe announced that its calculator-like PoS terminals are going to be deployed at 30 IOCL petrol pumps. IOCL is one of the biggest commercial enterprises in India, and Sanjay Sinha, GM RS-Loyalty, IOCL said that its retail sales are across 26,000 outlets, with 1.5 crore customers and a daily turnover of Rs. 800 crore.

"Until demonetisation, acceptance of non cash was limited to less than 50 percent of the outlets, and there are still challenges with traditional solutions," said Sinha. "We needed a solution that can go to every attendant in the outlet, and UPI had come of age, but we needed a PoS solution. And it couldn't be yet another PoS machine to handle, it should be the single solution."

That's where PhonePe's PoS comes into the picture - it's powered by the PhonePe app, and the calculator-like device is just sending a Device ID and the amount to your phone, which has to be connected to the Internet. Once the payment request reaches your phone, it's up to you to pay, either by the mobile wallet, or through your UPI-linked bank account that's being managed by the PhonePe app, or via one of your credit or debit cards. In the case of a wallet, the payment will be done instantly; for UPI, you'll have to enter your MPIN, while for a card, you'll have to enter the card details (unless it's already saved) and then either an OTP or your security code.

So far, payments companies in India have tried to use a host of different payments options, ranging from app-based PoS systems on merchant phones, QR codes, and sound-based payments. They've been met with mixed success, but PhonePe is betting that its PoS machines, which don't require Internet access, and have a total deployment cost of less than $10 (roughly Rs. 650) can effectively solve the problem. And the hope is that the solution will be so good that other payments companies will want to be a part of PhonePe's platform as well.

"The NPCI has asked for solutions and our proof of concept has been given the green light by the NPCI [the quasi-regulatory private body run by a consortium of banks, that oversees UPI]," said Sameer Nigam, the founder and CEO of PhonePe, "and we're going to open it up soon so that any UPI app will be able to work with our PoS."

This is something that Nigam explains is going to be added to the core library of the UPI, and once that happens, any application that uses the UPI will be able to enable support for PhonePe's PoS. "They [NPCI] were looking at a couple of different options, based on sound as well, and I don't know what the latest status is, but as of [last] Monday, we're past proof of concept and in the pre-production stage," Nigam added.

From a customer perspective, it would make the PhonePe PoS devices really convenient, as they support PhonePe's wallet, Jio Money, FreeCharge, credit and debit cards, and soon, any UPI app. But the question is whether competitors will be on board with this, as it would mean that all their transactions pass through PhonePe as well, at a time when companies are looking at data as being incredibly important.

"I don't think that's going to be a problem though," said Nigam. "I mean, right now every day I'm getting thousands of UPI calls to send money to other apps from PhonePe, I get even more of those Re. 1 transactions that I tweeted about, so there's already a lot of sharing of data. And I think that once we have enough density of PoS terminals, the customers are going to demand it of the apps that they use."

So far, according to its press release, PhonePe has 10,000 PoS units installed in Bengaluru, and according to Nigam, the next batch of 50,000 has started to arrive. "It's all somewhere between India, China, and Texas Instruments," he quipped. "We have a goal of 1 million and we placed the order but that kind of order takes some time and people also want to know who you are, what you're up to, so it'll happen in a steady fashion."

Aside from its PoS rollout, the other important plan that Nigam shared is bringing standing instructions to PhonePe. "You can already leave SIs with your bank to pay your bills right? So we're looking at doing the same thing with your UPI account, and we're talking to NPCI about how to implement this," explained Nigam. "So you'll be able to - at the merchant level, so you could say, all IOCL payments, for example - you'll be able to say that all payments, up to this amount, or this many times in a month, or at this frequency - that's all at the discretion of the user, are automatically allowed."

"So it will make payments even faster, just a matter of seconds," he added. "The amount of time it takes to key in the amount on the PoS is all it should take. Of course you have to put checks and balances to make sure nothing goes wrong, like no one enters an extra zero so you set limits and set frequency, but it would be a real game-changer for offline payments. This would again be a UPI feature, and we'll also enable it for saved cards."

"We're already working on this, and we'll bring this in within 60 ays, so April end at the latest," he said. "The entire transaction will be done in 10 seconds or less."

Beyond this, he shared that PhonePe is constantly looking at new ways in which it can make the payments experience easier. Pay-later is one of the ideas that the company is considering, Nigam said, adding that it isn't very feasible right away, but that we shouldn't rule it out completely just yet.