Sochi 2014 Olympics: Four apps to catch all the action 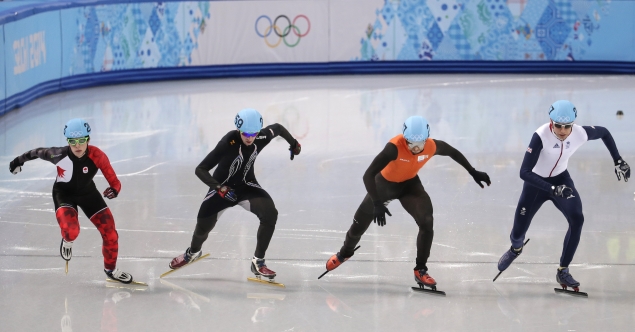 Welcome to the Mobile Olympics.

Some of the official apps for phones and tablets are slicker and easier to use than their website counterparts. It's as though the app developers spent more time on them knowing that's where audiences are heading. Plus, apps can focus on doing fewer things well.

So if you have an iPhone, iPad or an Android device, check out these four free apps to follow the Winter Olympics in Sochi, Russia. Some of the apps are available for Windows Phone and BlackBerry phones as well.

Keep in mind that in the U.S., only the NBC Sports Live Extra app has any meaningful video of competition. But the others offer plenty for hardcore and casual fans alike.

1. NBC Sports Live Extra, from Comcast Corp.'s NBCUniversal.
This is the go-to place for live and full-event replays from the Olympics. NBC is showing every event live, a first for a U.S. broadcaster during the Winter Games. However, even though the app is free to download, you need a password from your cable or satellite TV provider to watch much of the video. It's not available for those who lack a pay TV subscription and receive their channels over the air.

I like the app's organization. Menus on the left organize video into three buckets: live and upcoming; highlights; and full-event replays. Click on any for all video arranged by date. You can limit video to a specific sport. It's a welcome contrast to the NBCOlympics.com website, which tries to tell you what you want to see rather than help you find video. If you need the guidance, the app's home page has a carousel of recommendations.

The Live Extra app also tells you what's showing on TV. The iPhone and iPad version alerts you when top athletes or events you mark as favorites are about to come up. Live Extra won't let you project the video onto a big-screen TV with an Apple TV or Chromecast device, but a version of the app is included with the X1 video set-top boxes available to some Comcast customers.

The app can be downloaded from Play Store.

2. NBC Olympics Highlights and Results, from Comcast Corp.'s NBCUniversal.
The app offers video that doesn't require a pay TV subscription to view, but the selection is limited. It's more useful for the nuts and bolts on the games - results, medal standings and capsules on individual athletes. Every country is included, though there's more available for Americans.

If you don't have access to live video, you can at least follow what's happening in Sochi through a live blog embedded in the app. You can also access photos and news stories. 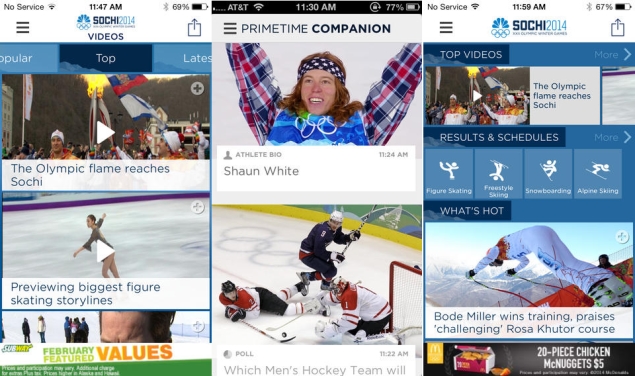 A Primetime Companion offers trivia, photo galleries and other content as things unfold during prime-time TV coverage. NBC could have done more with this, though. One of the "fast facts" mentions that the skating rink can switch from short track to figure skating in just two hours and that the entire venue can be dismantled and moved to another city after the Olympics. I was intrigued and wanted to learn more, but tapping on the box offered nothing.

The Primetime Companion works best when you're watching the broadcast live on the TV, though it's possible to scroll down the app if you're an hour or two behind on a digital video recorder. The content is cleared by the next day.

The app can be downloaded from iTunes App Store.

3. Sochi 2014 Results, from the organizing committee for the Sochi Olympics.
Begin by selecting your preferred language, country and time zone. Select some sports and athletes to follow. The app offers notifications when new medals are earned by an athlete or in a country or sport you follow. You can also browse schedules and results, check the medal counts and buy Olympic paraphernalia. You can buy tickets to Olympic events, too, if you happen to be in Sochi.

Don't confuse this app with Sochi 2014 Guide from the same organizers. That's a companion for those visiting Sochi and isn't as useful for viewers at home. That said, I like a feature that shows the route of the Olympic torch relay plotted on a Google Map - even though it ignores the few days it spent traveling to the International Space Station.

The app can be downloaded from Play Store.

4. Olympic Athletes' Hub, from the International Olympic Committee.
This app offers a one-stop destination to view Facebook, Instagram and Twitter feeds from Olympic athletes. Create your own roster of Olympians to follow, or search one athlete at a time. You can also check out everyone from a particular country, sport or event. Athletes from past Olympics are here, too. 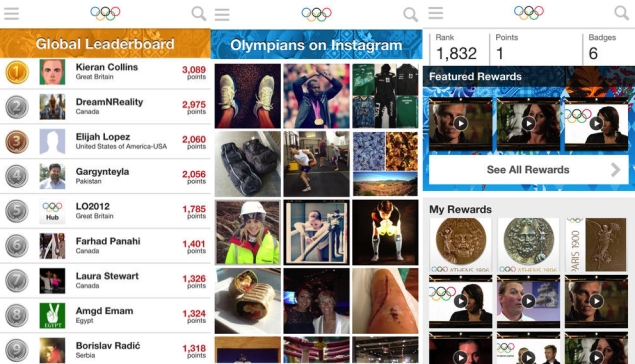 You won't get much on the games themselves, though. For that, you need a separate IOC app, simply called The Olympics. It doesn't have as much as the other apps on the Sochi Games, but it offers a good overview and includes past and future Olympics.

The app can be downloaded from iTunes App Store.