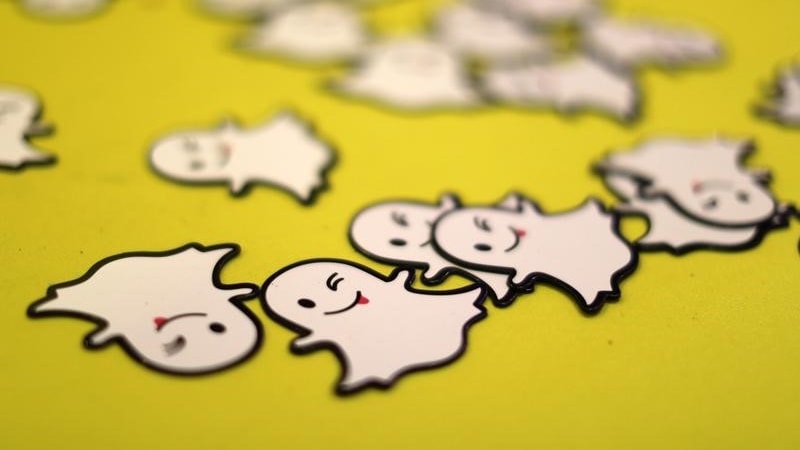 Snap, the parent company of Snapchat, filed Thursday for a $3 billion initial public offering, positioning itself to be the third-largest technology debut in history, according to the financial services platform Dealogic. It intends to list itself on the New York Stock Exchange under the ticker "SNAP."

While Snap didn't offer a full picture of its offering in its initial filing - including how it will price its shares - the document does offer a lot of insight into how the company views itself - and how we should be thinking about it in the future. Below, we've pulled together some key tidbits from the filing.

1. Snap sees itself as a camera company
No, really. It's right there in the company's mission statement: "Snap Inc. is a camera company. We believe that reinventing the camera represents our greatest opportunity to improve the way that people live and communicate. Our products empower people to express themselves, live in the moment, learn about the world, and have fun together."

Cameras, of course, haven't exactly been a growth business in the age of the smartphone. Snap acknowledges that. "In the way that the flashing cursor became the starting point for most products on desktop computers, we believe that the camera screen will be the starting point for most products on smartphones," the company said in its filing. "This is because images created by smartphone cameras contain more context and richer information than other forms of input like text entered on a keyboard." The company said that it plans to create more camera products to "improve our life experiences."

That may explain why the company is willing to branch out beyond its app and into products like Spectacles, the camera glasses that it's selling in pop-up stores around the country.

2. This is how many people are using Snapchat
Snap reported in its filing that Snapchat had "158 million Daily Active Users on average in the quarter ended December 31, 2016." Daily active users, Snap said, are the metric that it looks at the most to judge the health of its company. Its users send more than 2.5 billion snaps a day, the company said.

3. This is how much it makes off each Snapchat user
On average, Snap makes $1.05 off each user per quarter. That's a far cry from the $4.83 that Facebook reported in its most recent earnings report. Still, Snapchat is just five years old and is managing to grow that all-important figure each quarter. In the United States, the figures are higher, at $2.15 per quarter.

The company warns that it "may never achieve or maintain profitability" - language that has appeared in IPO filings of other tech companies, including Twitter and Etsy.

That itself, though, isn't necessarily a sign that Snap isn't worth the investment. While it's not making money yet, it is growing its revenue, which is something that potential investors will look at as a key way to tell how well it is able to support itself. The company reported revenue of $404.5 million in 2016, up significantly from the previous year's figure of $58 million.

Snap did warn that its revenue tends to be seasonal, with the most advertising dollars spent in the last quarter of the year - meaning it doesn't expect growth to continue at quite the same clip as it heads into the first quarter of 2017.

5. The Snapchat parent is worried about Brexit
Snap acknowledges that it is trying to make its public debut at a time when the financial markets are a little crazy. In particular, the company singled out worries about Britain's vote last year to leave the European Union, citing the market and trade instability that could follow once that separation is final. "The full effect of Brexit is uncertain and depends on any agreements the United Kingdom may make to retain access to European Union markets," the company said.

The company also outlined some worries about regulation in China, which is a key market for all technology firms because of its large population. But Snapchat has a couple of problems there, including that it relies on Google Cloud to run - and Google has a limited presence in China.

6. Snap is worried about net neutrality
Snap also has some concerns about policy a little closer to home. The company specifically mentioned that it is worried about the future of net neutrality regulations, saying it could be "seriously harmed" by changes to the current rules. "Current Federal Communications Commission, or FCC, 'open Internet rules' prohibit mobile providers in the United States from impeding access to most content," the company said. "If the FCC, Congress, the European Union, or the courts modify these open internet rules, mobile providers may be able to limit our users' ability to access Snapchat or make Snapchat a less attractive alternative to our competitors' applications."

7. Snapchat is definitely a young person's network
There has been some discussion of where the "Snapchat line" is, referring to the age beyond which the network becomes confusing for the average person. Snapchat seems to put this line at 25, based on this statistic from its filing: "Users 25 and older visited Snapchat approximately 12 times and spent approximately 20 minutes on Snapchat every day on average in the quarter ended December 31, 2016, while users younger than 25 visited Snapchat over 20 times and spent over 30 minutes on Snapchat every day on average during the same period."

That said, the company also boasts that more than half of its new daily users in the United States are over 25. In other countries, it's appealing to an even more mature crowd: In Norway, approximately 46 percent of its users are over 35.

8. Snap wants you to know that it's grown up
While Snapchat definitely appeals to a young audience, Snap wants investors to know that it is maturing into a serious company. The firm said, for example, that it has resolved internal accounting issues that plagued it in the past and has addressed "technical issues" that frustrated users and may have slowed growth.

It also pointed out that it has added many features to its app since its debut and that everyone should see it as so much more than a "sexting" app. Yup, Snapchat used the word "sexting" in its SEC filing: "When we were just getting started, many people didn't understand what Snapchat was and said it was just for sexting, even when we knew it was being used for so much more. We think this was because deletion by default was an unusual concept compared to what was standard at the time, so it took time for people to understand that we were trying to solve a problem that many people didn't realise they had. We believe that if we do a good job listening to our community, we can create products that solve their problems even if the products we create aren't immediately used by everyone."

10. Snapchat knows being able to protect privacy is key to its future
Snapchat's record on the privacy front hasn't been completely clean. It settled in 2014 with the Federal Trade Commission, which had said that its claims that pictures on the network disappeared were overblown. The company also admits in its filing that it has "previously suffered the loss of employee information related to an employee error." But it also points out that, as a result of the FTC action, it has to submit to biannual privacy audits for the next 20 years.

Tellingly, the company's filing hammers home that it is not looking to be the biggest network out there; it would rather focus on making sure that users spend a lot of time with it.