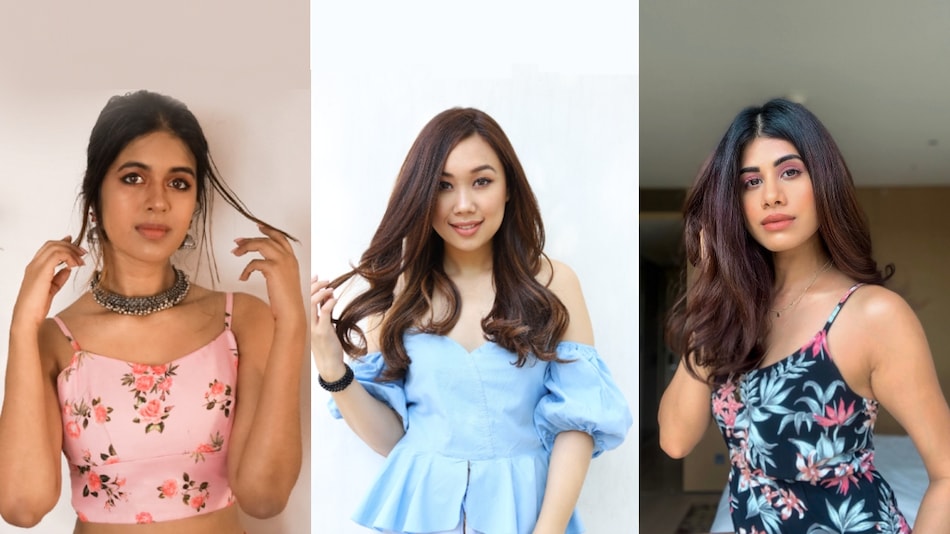 Shein, Club Factory, and ROMWE getting banned has an unexpected side effect — it's hitting many of India's best known fashion bloggers where it hurts. Well known content creators, like Shraddha Gurung (better known as LilMissGurung), Sejal Kumar, and Harshala Patil were famous for making “haul” videos, where they'd showcase a number of affordable and stylish clothes bought from these platforms. With the app ban now in place, these creators are worried about what will come next.

YouTuber and Fashion content creator, Harshala Patil told Gadgets 360 that Shein was particularly popular within the fashion blogging community because of the affordably-priced-yet-fashionable clothing.

“Shein was such a rave and it was for a reason, no doubt. I mean such fashionable clothes at such affordable rates, plus it is size inclusive,” Patil said. “So I think it would affect bloggers a little when it comes to creating fresh content. As you know, fashion and trends keep changing every season.”

Vloggers say that the ban may create opportunities for homegrown brands and hauls from sites like Ajio and Myntra may see a rise, while others had already switched to hauls from Amazon because it was able to deliver clothes more reliably during the COVID-19 related lockdown which was instituted to stop the spread of coronavirus in India.

Beyond the TikTok ban

The ban of TikTok has already gone into effect, and a lot of creators on that platform spent the last few hours it was still accessible trying to bring their following across to Instagram and YouTube. For people like Gurung and Patil who have a big following because of the styles they were able to show from sites like Shein, the impact will be a little different.

Speaking to Gadgets 360, Gurung said creators may take a couple of months to adapt to the absence of these apps. “The major reason for the popularity and engagement on these hauls were the affordable price for the latest trends which made content creation much cheaper and hence easier for a wider set of creators,” she said.

“I think it would just affect the creators for a couple months but they'll eventually move to a different platform and adapt,” Gurung added.

Fashion digital content creators are already thinking of how to adjust, given that Shein is not available at the moment. “I've heard great reviews for the Ajio app,” Gurung said. “There are tonnes of sustainable home grown brands that I gravitate towards, which right now primarily operate through their websites and Instagram pages. Shuffling Suitcases, Okhai, Pot Plant Clothing to name a few.”

Apart from Ajio, Myntra and Nykaa also seem to be popular among fashion bloggers. YouTuber Malvika Sitlani, who has over five lakh followers on YouTube and just under four lakh on Instagram, is known for her makeup tutorials. She said, “I love Myntra. I shop a lot on that app and it has some really good stuff on there. I also recommend Nykaa - my one-stop shop for all things makeup, and now fashion since they do have Nykaafashion.”

“I think bloggers are going to find more local brands. I believe we have missed out on some really talented designers/ brands because Shein and Club Factory were all over the place. In a way, it will give these brands a chance to thrive more. Myntra hauls, Nykaa fashion hauls are some things we can focus on.” Sitlani told Gadgets 360.

Patil also feels that homegrown brands may see some visibility, and also that haul videos from Ajio, Myntra, Amazon, H&M and Zara may increase. She said she is also looking forward to do street hauls, and is thinking of hitting Bandra Linking Road and Colaba Causeway as soon as the lockdown lifts.

YouTuber Sejal Kumar said that she plans to be a bit more creative and repurpose her old clothes. She has even created a new Fashion Basics series on her YouTube channel to help her followers get inspired. “I personally would be focusing on repurposing what I already have and showing it in a new and creative way,” Kumar said. “I have started a fashion basics series using items I have had for years.”

She also plans to collaborate more with Indian brands and designers that deserve the recognition, Kumar said. She has over 10 lakh subscribers on YouTube and just under eight lakh followers on Instagram, and wants to expose this audience to new brands.

Ultimately, the ban of Shein or Club Factory will have an impact on these content creators, but the ban of TikTok is what will have more of an effect, for the many people who were reliant on the platform to reach an audience.

“Some of them have worked extremely hard to gain the following that they have gained, and as a fellow creator, I can't imagine having my primary platform being taken away from me in a heartbeat,” Sitlani said. “Youtube and Instagram gave me the life I'm living today and it has given me a chance to show my art. I cannot imagine what Tiktokers are going through at this moment, a lot of them might be using this app to put food on their table.”