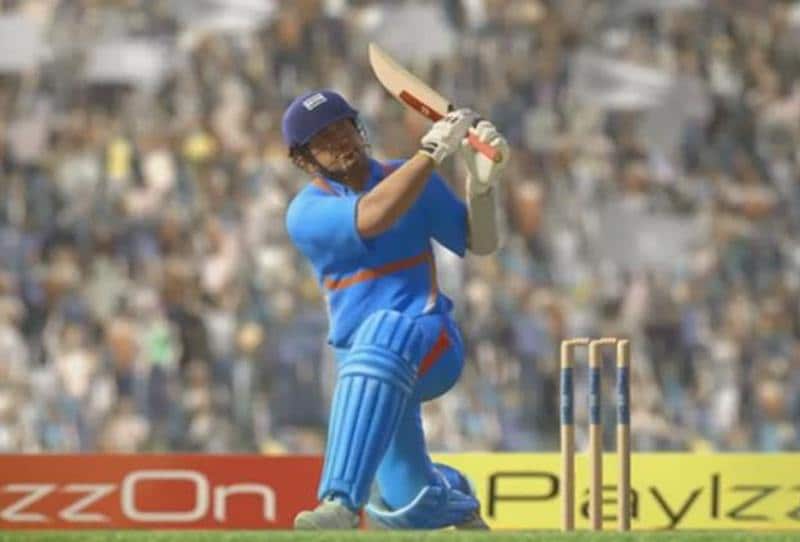 Aside from lending his name to smartphones, cricketing legend Sachin Tendulkar also has a video game in the works for Android and iOS. Dubbed as Sachin Saga, it’s being made by PlayIzzOn, a developer under JetSynthesys. We spoke to Rajan Navani, Vice Chairman, MD and CEO of Pune-based JetSynthesys to find out what you can expect.

“We’ve started testing it internally. You'll play as Sachin in some of his best innings. You'll feel like you're Sachin in the game and learn what he did to get where he did at that point in time,” Navani tells us. “Playing as Sachin in the game’s Legendary mode — you’ll face the same kind of bowlers and challenges he did such as making his international debut at 16.”

Navani also confirmed that Tendulkar himself did motion capture for the game. What this means is, the game’s animations are true to how he used to play his shots.

“Yes. Sachin has done mo-cap [motion-capture]. When you see the shot, it'll be the way he plays it,” he said.

Tracing the Origins of Gaming in India: 8-Bit Cricket, Sega, and Cloning

While Sachin Saga has no concrete launch date yet, PlayIzzOn has already released Sachin Saga Warm Up. Similar to how Final Fantasy XV had the Platinum Demo, Sachin Saga Warm Up is a taste of what to expect. Gameplay takes place in a 2-2-2 format — two players, two overs, and two minutes, along with simple game mechanics. It has batting only, and the focus, according to Navani, is to “just get people to pick the right shots and build a better understanding of the way you play cricket and if you hit a wrong shot Sachin mentions it.”

Sachin Saga Warm Up wasn’t built with long term play in mind, although that hasn’t stopped it from catching on, he adds. And much like Final Fantasy XV’s Platinum Demo, progress made in Sachin Saga Warm Up will carry over over to the full game, when it’s released.

“Yes, the economy of this game, what you earn while playing, and user IDs will [all] carry to the main game Sachin Saga,” Navani confirms.

Prior to this, PlayIzzOn has been responsible for a host of celebrity-themed games, such as the Bajrangi Bhaijaan Movie Game based on Salman Khan. Being no spring chicken to licensed titles, we had to ask how those experiences shaped Sachin Saga. According to Navani, it’s resulted in an approach that isn’t just dependent on India.

“While there is an Indian population that actually plays games, there is a huge global opportunity around gaming. The monetisation around gaming in India, from a business standpoint is relatively insignificant compared to other global markets,” Navani admits. “Strategically we're looking at a choice of content that can appeal while India will continue to drive scale, we will look to monetise globally in other markets as well. I think the two-pronged strategy around that should work well for future games we are releasing. With the right content, small ticket monetisation in India is definitely the medium and long-term.”

The thinking pretty much falls in line with what Nazara CEO Manish Agarwal told us when the firm announced its foray into e-sports — that the Indian market for mobile games, in terms of monetisation, isn’t just there yet.

Indian Users the Most Engaged but Least Likely to Pay: SwiftKey

Hearing this, we posited that chances of a game based on Salman Khan or Sachin Tendulkar succeeding in countries like the US and Britain are slim.

The solution to this, Navani tells us, lies in having relevant content and global reach, citing Hero Digital Entertainment located in Los Angeles. It’s a joint venture between Kentucky-based Hitcents, and Navani's JetSynthesys, and it specialises in celebrity games. Most recently it developed a game on the Hollywood movie Passengers.

“We've set up a studio in LA. It shows us which aspects of a celebrity behaviour links to a particular engagement, so there's a lot of learning from there that will apply here and vice versa,” he says. “If you look at some of the celebrities we are working with, they do have large global audiences themselves. When you have a great game that is both competitive and entertaining as well as creating engagement, it extends the reach of the celebrities into areas where even the celebrity is not present because gaming is exciting and engaging.“

Despite the high licensing costs involved in getting celebrities to lend their name to video games, Navani thinks that leveraging their brand power across “360-degree digital touchpoints” is one way drive scale and ultimately profitability.

What does this mean? Well, apart from the two games on Tendulkar, JetSynthesys has also produced the curiously named 100MB — an app that all fans to interact with Tendulkar directly, as well as a music video with Sonu Nigam.

While it’s too early to tell how this approach plays out, it’s intriguing to see game companies double down on celebrity licenses, rather than branch out with new IP. Then again, Sachin Tendulkar has been particular with the use of his likeness in video games, with the last game bearing his stamp releasing since 2009. How this Sachin Saga is received could very well be the inflection point for mobile games in the country.