Quit Smoking With Help From These Apps 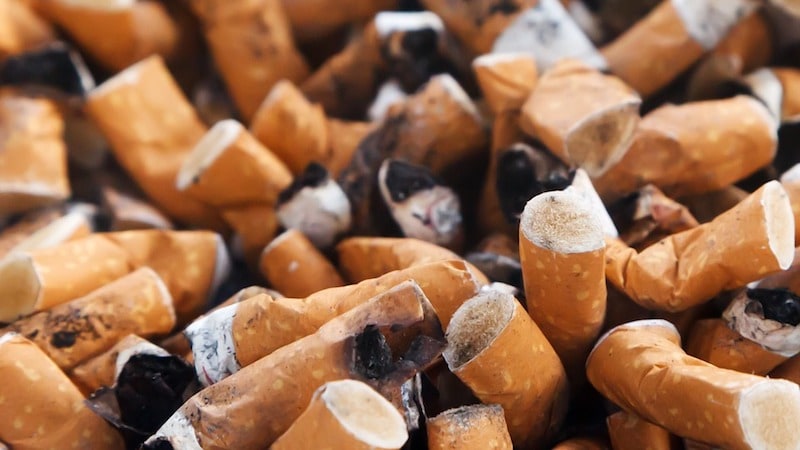 Can an app help you to quit smoking? We tried finding out by using the app HabitBull, but with mixed results as quitting was quickly followed by relapse. Some people had better luck with the app but we wanted to see what worked for others, so we started asking people around us how they quit, and also looked up discussions on sites like Reddit.

There's a whole genre of apps that aims to help you to quit smoking and we looked through the different offerings to find out what tools are most likely to help people who've decided to kick the habit. Before we get into that, it's worth pointing out that none of these is a silver bullet, and you're going to need a lot of willpower and dedication to actually pull it off, apps or no apps.

One of the most famous apps in this category is the Smokefree app by the British NHS. It's available on both the App Store and Google Play, and it's completely free. It shows encouraging messages, lets you focus on your motivations, helps you find coping strategies for cravings, and gamifies the process with badges and more. One of the drawbacks is that it's localised for the UK, so some features like the savings calculator aren't really that helpful. Having said that, it's one of the older and more well known apps in the space which got a lot of recommendations.

Anish Tripathi, a Delhi-based accountant who quit smoking told Gadgets 360 that the process of quitting smoking took him more than a year, and it was a struggle the whole way. It's been seven years since he was a smoker, though he still occasionally gets cravings, he said.

"One problem was that when you are quitting, the craving doesn't go down day to day, it gets stronger, but your willpower grows much more slowly," said Tripathi. "So it's easy to stop for a day, harder to keep at it for a week, and really tough to do it for a month."

That's why it's important to get frequent morale boosts and reminders about why you want to quit, and one of the apps that does a good job of this is the iPhone-only Kwit. The app is free to download, but it includes in-app purchases that range from an ad-remover to motivation packs and lessons to help you stick to your goal.

The developers included 84 achievements that can be unlocked by not smoking, and over 200 motivational cards you can see whenever you're having a tough time staying off cigarettes by just shaking your phone. Perhaps more importantly, the app also includes a social feature so that you can share your progress with friends.

That's critical, believes SA, a Bengaluru-based media professional who requested that we use only her initials. "My mother doesn't know I smoke, but everyone else does," she said. "I'd get to office and light up and smoke through the day, and then blame the people at work for the smell when I got home," she explained.

"When I decided to quit," SA continued, "it was really difficult. It's been four months now, and I definitely want to smoke, but one of the things I did was to tell my friends and co-workers that I need their help and people have been really supportive."

Techniques like visualising the money you've saved, and giving badges and awards for the time you spend not smoking, are some of the ways by which apps like Kwit and Smokefree are able to encourage people to stay off cigarettes, but having a social support network certainly helps too.

Andreas Skaalerud, a 20-year old developer from Norway released an app called Revively - Kick your addiction which also aims to do these things, targeting various kind of addictions: alcohol, tobacco, and drugs. One of the interesting features about the app is that before you start using it, it asks for details such as the habits you have, how much you smoke and how much you spend, as well as how frequently you smoke and buy, and how long the addiction has lasted.

"Revively helps to count the amount of days since the user quit, how much money they have saved and also for example how many cigarettes they have avoided," Skaalerud explained. "Through our newly added achievement system, all users will receive push notifications when they have unlocked a new achievement, which can be everything from health to economy related."

Beyond this, it also uses the information you entered at the start to provide some more inputs that are tailored to you. "They will be notified when the specific substance is fully out of their system," continued Skaalerud. "Also, we have added a feature that allows users to write logs for each day, that they can look back to and hopefully stay motivated and feel proud of later on."

It's also important to realise that not everyone can quit cold turkey. On Reddit, we came across an interesting discussion that pointed us to the Quit Smoking Slowly app on Android. It allows you to specify how much you smoke, how soon you want to quit, and then it follows many of the same methods as the apps above, but also lets you know that today, you can smoke this many cigarettes - in order to allow you to wean off the habit.

Visualisations show you when and how many cigarettes you can/ did smoke, and also how much money you're saving. It breaks down the amount of time you've been smokefree down to minutes and seconds, shows you motivations, and financial targets, as well as sharing tips and information, so that even if you've been smoking for a long time, you can set small goals, and build yourself up to quitting over time.

Apps to help you quit smoking
Based on what people told us and what we saw on discussion groups, it's clear that a lot of support and reinforcement is important, and being able to share your journey to de-addiction with friends and family can really help. Here are some of the apps that were widely recommended, and which looked helpful in our opinion.

These are the ones we found, but if there are more apps that you have tried and think can make a difference, tell us about them via the comments.