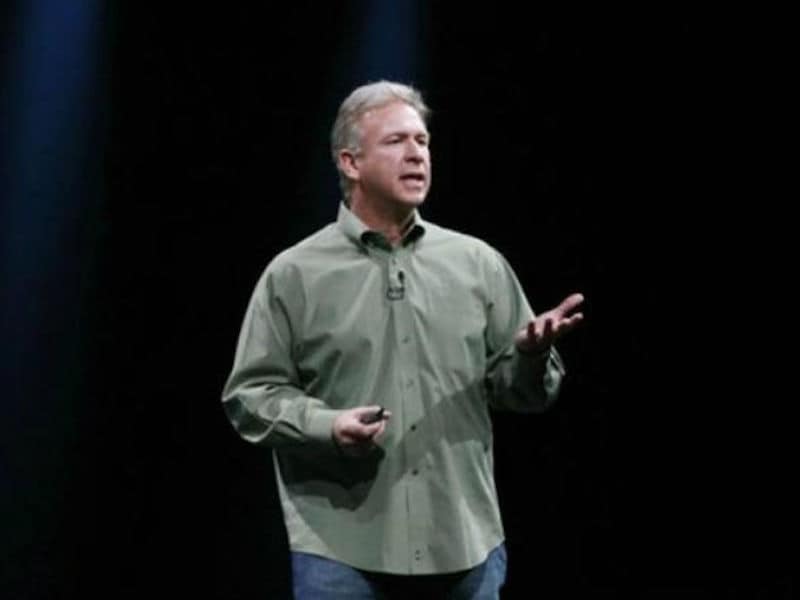 Phil Schiller is a name that needs no introduction to anyone that’s tracked Apple for a decent length of time. An ever-present figure at nearly all major Apple events since Steve Jobs made his return to the company, Schiller is perhaps best known to the more casual Apple observers for his “Can’t innovate any more, my ass!" remark while introducing the 2013 Mac Pro.

The Senior Vice President Worldwide Marketing at Apple was in Bengaluru recently to inaugurate the company’s app accelerator facility in Bengaluru where he a spoke to group of Indian app makers that included CEOs of popular apps like Zomato and Practo, as well as developer of the indie app Avaz.

“This [the app accelerator] is a unique new thing we haven't done anywhere else in the world," Schiller told the app makers. “We have created the idea of this app accelerator where developers like yourselves can come here in large number week-in and week-out and get help with whether it's design expertise and I think that's something Apple has a lot of knowledge on to share, as small as to be able to experiment and play with the technologies that we are working on."

Later during the trip, Gadgets 360 got a chance to sit down with Schiller and pick his brains on a wide variety of topics, both developer- and consumer-focussed. Before you ask, yes, we did quiz Schiller on the state of neglect that the Mac Pro finds itself in, but just three days after our conversation, news broke that Apple is completely revamping the Mac Pro, so it made no sense to share that bit of our conversation. Here are excerpts of our conversation with Phil Schiller.

On App Store upgrade pricing
Phill Schiller: The reason we haven’t done it is that it's much more complex than people know, and that's okay, it's our job to think about complex problems, but the App Store has reached so many successful milestones without it because the business model makes sense to customers. And the upgrade model, which I know very well from my days of running many large software programmes, is a model from the shrink-wrapped software days that for some developers is still very important, for most, it’s not really a part of the future we are going.

I think for many developers, subscription model is a better way to, go than try to come up with a list of features, and different pricing for upgrade, versus for new customers. I am not saying it doesn't have value for some developers but for most it doesn’t, so that's the challenge. And if you look at the App Store it would take a lot of engineering to do that and so would be at the expense of other features we can deliver.

For example, the App Store has one price for an app, when you see it, you see if there's a price on it, that's the price. It doesn't have multiple prices for multiple tiers of customers so to engineer that in, it's not impossible, but a lot of work for a small segment of software that we hope for many of them, subscription pricing is a better model, the one where the customers are comfortable with. So we’ll keep talking to developers about what's most important on their list, we want them to keep telling is if that [upgrade pricing] is high on the list or not, and we’ll keep an open mind to it, but it's harder than people realise.

Thoughts on devices like Google Home and Amazon’s Echo
Phill Schiller: Well, I won't talk to either one specifically, [I] don't want to. My mother used to have a saying that if you don't have something nice to say, say nothing at all. So, instead, let’s abstract the conversation just briefly to some of the general concepts and talk about those, because it's really interesting.

First of all, there is a lot of talk in the industry about voice-driven assistants and we believe deeply in voice-driven assistants that's why invest in Siri, but there is interest in a voice-only assistant, where there is no screen, and we think it's important to that there are times when it's convenient to simply use your voice when you are not able to use the screen. For example, if you're driving [and] you want Siri to work for you without having to look at the screen, that's the best thing. Or maybe you're across the room, and you want to ask Siri to change the song you were listening to - you don’t have to walk over and back [and you can use Siri instead].

So there's many moments where a voice assistant is really beneficial, but that doesn't mean you'd never want a screen. So the idea of not having a screen, I don't think suits many situations. For example if I'm looking for directions and I'm using Maps, Siri can tell me those directions by voice and that's really convenient but it's even better if I can see that map, and I can see what turns are coming up, and I can see where there is congestion, I understand better my route, and what I'm going to do.

Or, for example, with photography, and one of the most popular reasons for our products is photography now, and photography requires a screen. So the idea of a device without a screen, well it’s not really useful for that whole category of photos that we all share. and all the social networking apps that are now embracing photos more and more, well, it doesn't work really so great in voice-only assistants.

Or the biggest category of all of apps is games, and I have yet to see any voice-only games that, for me, are nearly as fun as the one that I play on my screen. And so I think voice assistants are incredibly powerful, their intelligence is going to grow, they’re gonna do more for us, but the role of the screen is gonna remain very important to all of this.

Gadgets 360: But I don't think anyone is suggesting that they are going to replace our phones, right, so is that a fair comparison?
Phill Schiller: With billions of people, there’s somebody always suggesting something everywhere [laughs], but there is an interesting question about role of voice-only products in comparison to the products that have voice, and screen, and touch, and I think that's an interesting discussion about when is each appropriate, and what can they do in our lives. I think that's interesting.

Apple Siri Speaker Tipped to Launch at WWDC, Will Take on Amazon Echo

Swift adoption among developers
Phill Schiller: First of all, Swift is going incredibly well, better than what we imagined when we first started working on it. It has got incredible adoption, it has got incredible adaptability, from school children to the biggest developers in the world [..] I don’t think we’ve seen this before - a brand new language designed around mobile products to help us make better code for all the uses we see with apps, this is a unique new thing and, I have seen in some stats, [it’s] the fastest growing language in the world. So we are really excited about that.

We are continuing to evolve [Swift], as you say, we were very upfront about it from the beginning that we knew we would learn a lot in the first versions of Swift, and we have been [learning]. So developers are aware of that and we’ve been very transparent about that, and there will be a lot more about that at our upcoming developer conference, so for the remaining part of your question about what’s coming with Swift, there’s a lot to come, stay tuned for news on that.

The other thing that I just bring up with Swift is there's been a lot of excitement around the new Swift Playgrounds that we've put there out for iPad that allows children in school to learn to code in a fun and entertaining way but it's real coding. I think this is phenomenal. The idea that school children at elementary school ages can begin to learn about programming I think that is incredibly important. When we grew up, I grew up - and I’m much older than many of you - it was mandatory to learn a foreign language in school because it's useful in general and it exercises part of your brain that wouldn't otherwise be exercised, and makes you more likely to learn other languages in the future because you’ve really learned that process.

I think today it's even more important that school children learn a programming language, as much we used to have to learn a foreign language. Because not that everyone will grow up to become a programmer, but that everyone can understand the concepts of programming, because software is gonna be a part of everyone's life no matter what your job, whether you're a software developer or you work with software developers understanding that is going to help every child get a job at some point in their life.

In addition, if you start at a younger age like in elementary school, there are lot of students that by the time they get to high school with peer pressure they might decide that they don't want to become a programmer. Before they know whether that's actually something they are very passionate about. So if you can teach children [a] little bit about programming and get them excited about the concept of creating software, before social pressures discourage some [kids], then people would discover love for something early enough that they can explore that on their own. And I think through a process like that, we’ll get a larger diversity of people who are going into programming whether male or female, [irrespective of] their ethnic background, their economic background, they can discover this passion on their own, while they are still very young. I think that's a really important thing in society to enable.

Disclosure: Apple sponsored the correspondent's flights and hotel for the trip to Bengaluru.