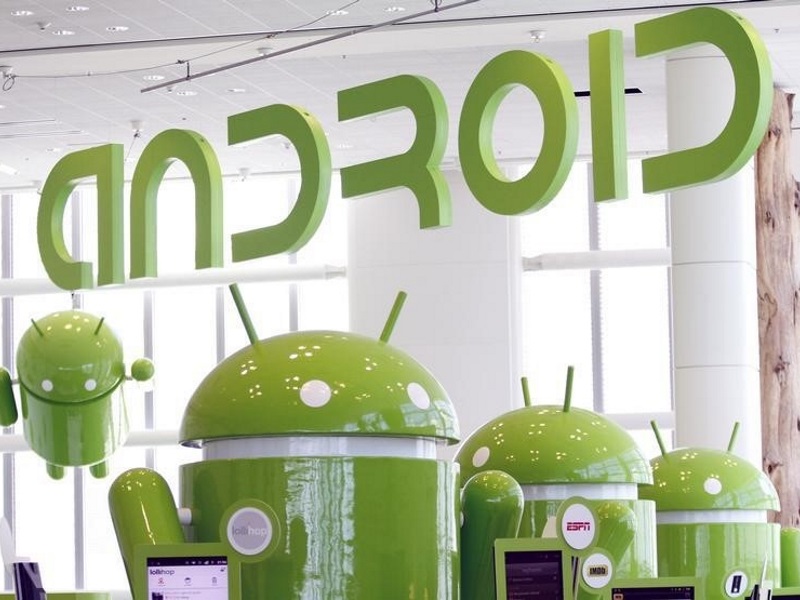 Oracle Corp. and Google step before a jury a second time with potentially $9.3 billion on the line, and the prospect of profoundly changing how software is protected and licensed.

The "World Series" of intellectual property, as the judge who presided over the earlier trial dubbed it, was left at a stalemate four years ago with Google's Android trophy untarnished.

As the judge said then, there can be "only one winner" in the end. If that turns out to be Oracle, Google will have to pay fees for the operating system used in 80 percent of the world's mobile devices.

The central question of the trial starting Monday in San Francisco federal court will be the same as in the last one: Did Google cheat by using part of Oracle's Java programming language to develop Android without a license? Oracle, saying monetary damages alone won't compensate for its loss, also seeks a court order "reasonably tailored" to the case that it says would put an end to Google's infringement.

(Also see:  'Little Risk for Google in Retrial Versus Oracle Over Android')

Several potential witnesses are repeats from the 2012 trial, including Oracle founder Larry Ellison and Safra Catz, who became the company's co-chief executive officer during the interlude. On Google's side, CEO Larry Page may be there with Chairman Eric Schmidt for the company now called Alphabet Inc.

"This case has revived the possibility of using software copyright much more broadly than it had been used for the previous two decades,"said Tyler Ochoa, a professor at Santa Clara University School of Law who has followed the case closely since it was filed in 2010.

If Google wins, nothing much will change, Ochoa said, because software copyrights are limited in scope.

"If Oracle wins, software copyrights become much more powerful and much more important than they have been since the 1990s," he said. An Oracle victory would make it more likely other software companies will try to use copyright to sue competitors, he said.

Even though Google came close to an outright win four years ago, it's a "fool's errand" to try to predict the outcome of the case with a new jury, Ochoa said.

Ochoa was one of 41 academics who agreed with Google that the code at issue didn't merit copyright protection and urged the US Supreme Court to take the case.

The high court declined last year to intervene, leaving in place a federal appeals court ruling that the Java coding at issue is copyrightable and setting the stage for the new trial.

The case hinges on whether Google made "fair use" of 37 Java application programming interfaces, or APIs, when it developed Android. Java's APIs are critical shortcuts that allow developers to write programs that work across software platforms.

The 2012 jury concluded Google infringed Oracle's copyrights, but was deadlocked on whether the use was justified under the legal doctrine of fair use. Jurors will again be asked to determine whether Google's use was permitted without Oracle's consent. Google argues that was allowed, partly because it transformed the use of the code by adding something new rather than merely copying it.

Oracle didn't obtain the rights to Java until January 2010, when it acquired Sun Microsystems for $7.4 billion, almost three years after Android was introduced.

Google has said it wasn't until May 2010, after a meeting with Ellison failed to produce a "business relationship" over Android, that Oracle began "rattling its litigation saber."

The search engine giant will argue that it wrote original code to build Android. In a filing, Google said it used Sun's "free and open" Java programming language, and copied only the "labels attached to the 37 APIs.

Oracle will argue to the jury that Google made a business decision to copy "thousands of lines of Oracle's computer code," as well as the organization of Java's APIs.

"When licensing negotiations broke down, Google faced a choice: It could forgo use of Java or it could copy Java without permission," an Oracle spokeswoman, Deborah Hellinger, said in a statement. "It did the latter."

By Oracle's reckoning, Android has generated revenue of $31 billion and $22 billion in profit, which a lawyer for the company said shows the "extraordinary magnitude of commerciality" in Google's infringement.

Both sides face risks in the new trial, according to Michael Risch, a law professor at Villanova University School of Law in Pennsylvania.

He said it will be "tough" for Google to establish that it made fair use of Oracle's copyrights. But he voiced skepticism about Oracle's attempt to link its damages claim to Android profits.

"The money is only big if you follow Oracle's view of the world," Risch said. "It's not at all clear that the profits fall the way Oracle claims."