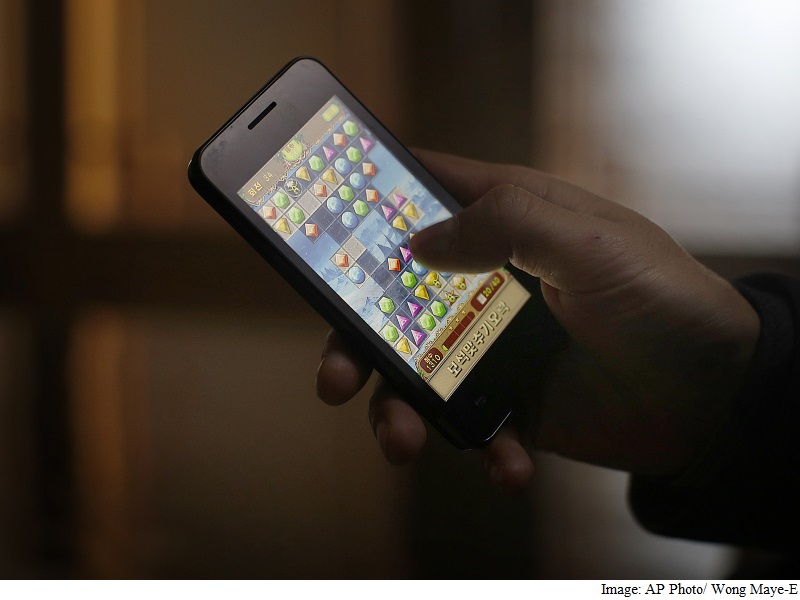 Millions of North Koreans are now using mobile phones, and not just to make phone calls.

The Associated Press recently got a sneak peek at "Boy General," the North's hottest new game release, a spinoff of a new TV animation series that is both beautifully produced and genuinely fun to watch - suggesting Pyongyang is trying to win back an audience drawn to the banned Chinese and South Korean dramas that flow across its borders.

The app became an immediate hit after its September release, particularly in Pyongyang, where there are more mobile phones and a population that generally has more money and time to spend on leisure activities. The even more popular televised animation series returned to the airwaves in August and runs on Sunday evenings.

In the game, players are prompted to go on missions to defeat the enemies of the young general Swoeme, which means "Iron Hammer," a brave warrior-commander of the Koguryo kingdom that lasted for about 700 years and ruled most of the Korean Peninsula and the heart of Manchuria until its downfall in AD 668.

The concept and design of "Boy General" are simple, and its map-like scenery is reminiscent of the "Minecraft" game. Since there is nothing like the App Store in North Korea, the most common way of getting the game appears to be sharing it over Bluetooth.

Games are not new to North Korean mobile phone users.

Not long after the use of mobile phones was opened up in 2009, some handsets came pre-installed with games such as "Tetris" or janggi, a chess-like game that is popular across East Asia. As phones and to a lesser extent tablets have become more sophisticated, so have the games available for North Koreans to enjoy.

With its state-of-the-art animation values, often beautiful artistry and entertaining characters and plot developments, the TV show has been a breath of fresh air for North Koreans, who are increasingly exposed to Chinese or South Korean entertainment. State-run TV is dominated by bland fare of old propaganda movies and news programs praising the country's leadership.

"Boy General" may be North Korea's answer to that challenge.

Both the TV series and the game clearly have the support of ruling regime. The TV show is a revamped and vastly improved version of a 50-episode cartoon that started in the 1980s and ran on and off until 1997. In November last year, leader Kim Jong Un himself ordered the production of the 50 new episodes from the April 26 Animation Studios. It's not clear who designed the game version.

For starters, there is the obvious analogy of Swoeme to leader Kim, who while still in his early 30s has among his many titles that of Supreme Commander of the Korean People's Army. They also reinforce the official line that the nation must remain united against the constant threat of foreign invaders.

Koguryo, which like today's North Korea had its capital in Pyongyang, was overthrown by an alliance between the Chinese Tang Dynasty and the southern Korean kingdom of Silla. The dastardly and yet often comical villain is Hobi, a snaggle-toothed, pig-nosed Chinese spy who tried to assassinate Swoeme before he rose to the ranks as general.

But the real appeal of the game - and many others now available in North Korea - appears to be that it's just fun to play.

Another new or perhaps updated game that came out this summer is called "Tank Battle," a shoot 'em up in which the goal is to destroy as many enemy tanks as possible. One might expect the American flag to be visible somewhere, but the nationality of the enemy tanks is not specified.

For those of a more nurturing nature, there is a virtual pet game, which explains why from time to time faint meows can be heard near gatherings of young North Koreans. The virtual pet in their pocket is lonely.

A game that looks a lot like "Angry Birds" is still popular, along with a "Bubble-Popping" game and for the very young, "Baby Piano," for tapping out songs.

Though local users are unable to connect to the Internet - North Korea instead has its own domestic-use-only Intranet - they can send each other text messages, photos and, for high-end users, videos.

Phones also come with dictionaries, encyclopedias and provide access to e-books and some state-run news sites. If you want to know the weather forecast, you can call 112. KoryoLink, the county's mobile service provider, also recently introduced a selection of about 200 ringtones for a small additional fee.

But if you want to call or text a foreigner, you are out of luck. They are kept on a different network.

Access to Google Makes You Less Likely to Rely on Own Knowledge: Study
PayUbiz Launches 'One Tap' Technology for Payments