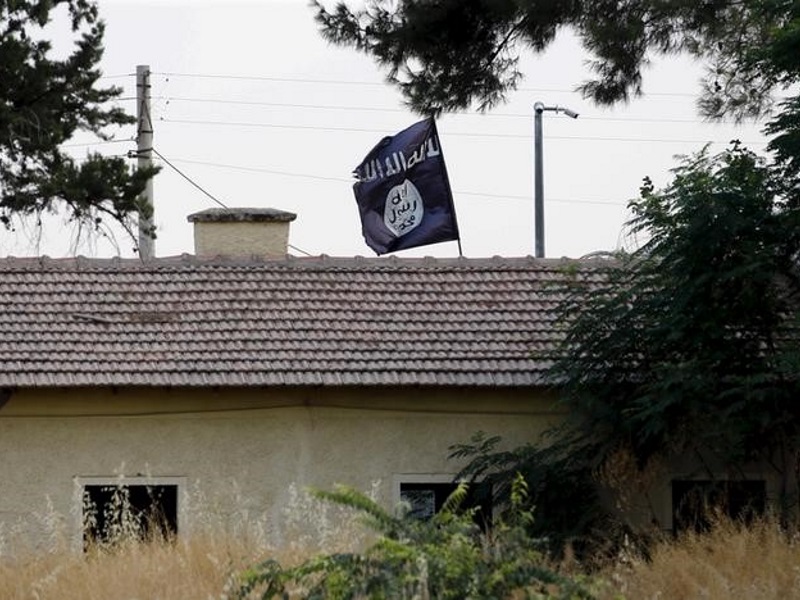 The mobile messaging service Telegram, created by the exiled founder of Russia's most popular social network site, has emerged as an important new promotional and recruitment platform for Islamic State.

The service, set up two years ago, has caught on in many corners of the globe as an ultra-secure way to quickly upload and share videos, texts and voice messages. It counts 60 million active users around the world.

A new feature of Telegram that was introduced in September has become the preferred method for Islamic State to broadcast news and share videos of military victories or sermons, according to security researchers. The group used Telegram to claim responsibility for the Paris attacks, which left 129 people dead, and the bombing of a Russian airliner over Egypt last month, which killed 224.

Islamic State has made Telegram its media mouthpiece in the face of increasingly aggressive efforts to block the group from Twitter and other mainstream social media platforms.

IS now has three- or four-dozen channels on Telegram functioning as a kind of press release service, said Rita Katz, director of Bethesda, Maryland.-based extremist monitoring service SITE Intelligence Group. Some channels attract tens of thousands of followers, she said, adding that IS then counts on followers using Twitter to spread its messages.

Unlike Twitter, which has shut down thousands of accounts tied to IS for violating company rules, so far Telegram has let the jihadists operate without fear of being turned off or traced, Katz said.

"The channel feature completely changed the position of Telegram in the online jihadist movement," Katz said.

Kassirer also said that Jihadi groups seem to be able to operate uninterrupted on Telegram.

Telegram, which did not respond to requests for comment for this story.

Shortly after the first version of this story was published, Telegram said in a posting on its site that it had moved to block IS channels.

After hackers acting under the banner of Anonymous, the loose-knit collective of activist hackers, said on Saturday they were preparing to disrupt Islamic State sites, an IS-affiliated account on Telegram responded by releasing instructions on how not to get hacked, according to a tweet by an activist group called Ghost Security.

Anti-socialist tirade
Telegram was set up by the two brothers who founded VKontakte, a Russian social networking site inspired by Facebook that counts more than 100 million active users.

Pavel Durov, 31, the frontman, and his brother Nicolay, 34, the technical talent, lost control of VKontakte to businessmen with close ties to Russian President Vladimir Putin in 2014, after battling the government over demands that it block Russian opposition leaders and turn over information about Ukrainian protesters.

The brothers left Russia and moved to Berlin to continue running Telegram, which they fund themselves. Telegram says on its website that making profits will never be one of its goals, and if it runs out of money it will ask for donations and charge for nonessential add-ons.

The main appeal of Telegram is that it allows users to send strongly encrypted messages, for free, to any number of a user's phones, tablets or computers, which is useful to people who need to switch devices frequently. It has group messaging features that allow members to share large videos, voice messages or lots of links in one message, without detection by outsiders because this service does not run through the computing cloud.

Security services would in principle need to have physical possession of a user's device to break the keys to the encrypted chats.

Security analysts say the Islamic State's young, digitally sophisticated recruits likely use a variety of tools and platforms, as well as couriers and face-to-face meetings, to plan operations.

"There are countless alternatives," said Hassan Hassan, an expert on Islamic state with UK foreign policy think tank Chatham House and co-author of the book "ISIS: Inside the Army of Terror."

He said Telegram's appeal to Islamic militants comes both from its technical features for media-sharing and also its perceived independence from government controls.

Experts say IS followers recently fled from Surespot, another encrypted messaging service, after reports emerged the US-based firm had received a national security subpoena from US authorities.

Telegram's 60 millions users are equal to the total number of customers of all the other highly encrypted services available, including Signal, Silent Circle and Wickr.

The Durov brothers are inspired by former National Security Agency contractor Edward Snowden's battle against widespread Internet surveillance and their own run-ins with Russian authorities, Pavel Durov said in an interview with the website Mashable earlier this year.

On his VKontakte profile, Pavel Durov describes himself as libertarian, individualistic and with a laissez-faire world view.

Pavel Durov is known for making outrageous retorts to criticism of his activities on social media.

When a Russian legislator called for the country's security service to consider banning Telegram because of its role as a propaganda platform for Islamic State, Pavel Durov responded on his VKontakte account that the government might just consider banning words. "There's evidence that they're being used by terrorists to communicate," he wrote.

On Tuesday, Pavel Durov commented on the Paris attacks on his Instagram and Facebook accounts: "I join all those who mourn deaths in the most beautiful city of the world. I think the French government is as responsible as ISIS for this, because it is their policies and carelessness which eventually led to the tragedy. They take money away from hardworking people of France with outrageously high taxes and spend them on waging useless wars in the Middle East and on creating parasitic social paradise for North African immigrants.

"It is a disgrace to see Paris in the hands of shortsighted socialists who ruin this beautiful place. I hope they and their policies go away forever and this city will once again shine in its full glory - safe, rich and beautiful. Vive la France!"