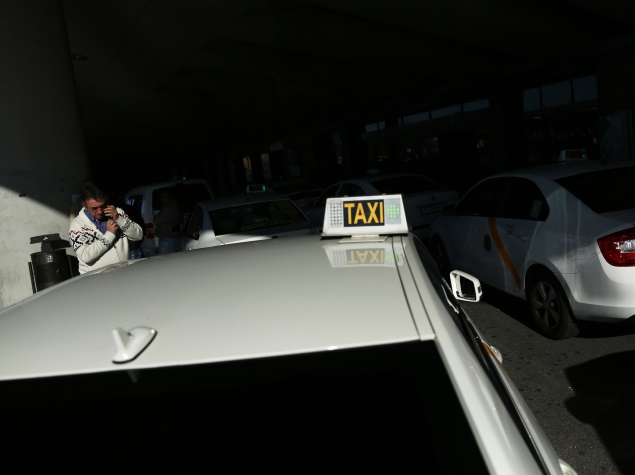 A ban on online taxi services in India, following the arrest in New Delhi of an Uber driver accused of rape, has brought uncertainty to the millions of dollars of international investment pumped into Uber's Indian rivals Ola and TaxiForSure.

But concern about passenger safety prompted the government to halt taxi services from companies not registered as taxi providers. It also ordered a review of safety measures which could lead to in-car cameras and GPS tracking being made compulsory.

Uber, Ola and TaxiForSure can continue offering services in the states where they are registered. But in other states where they operate, they will not be able to register until they meet as yet undetermined safety standards in a country notorious for slow governance.

"It's a real concern. I don't think banning is a great idea to resolve a law and order issue," said the managing director of a U.S. private equity fund that has invested in Ola. The person declined to be identified due to the sensitivity of the issue.

Ola and TaxiForSure said they are working with states to address registration and safety. Ola has started installing GPS devices in cars on its platform, while TaxiForSure is working with taxi firms to follow processes suggested by authorities.

Uber said it will review its India operations and intensify driver screening.

E-commerce
Ola and TaxiForSure, like Uber, charge a fee for connecting passengers with drivers contracted to local taxi firms. The services add to a burgeoning e-commerce market into which SoftBank plans to invest $10 billion (roughly Rs. 62,480 crores).

"It's not so much that we were interested in the taxi business as that we're interested in Internet services. Their growth is remarkable," said an official at SoftBank, who declined to be identified because of sensitivity over the issue.

"Although there has been this incident, GrabTaxi is well-managed. So is Ola," said the official, referring to Ola's Southeast Asian peer in which SoftBank has also invested.

Accel, Bessemer and Helion did not respond to requests for comment.

High valuations
Investors built high expectations into the prospects of online taxi services in India, bankers said, on the view they would fill the gap left by a public transport system that has failed to cope with a surge in population.

But those investments are at risk if operators are unable to resolve concerns of authorities and customers after the rape accusation, they said.

"Investors will have to take a haircut. The valuations of these taxi companies will come down as they spend more to boost safety and meet the regulatory requirements," said Rishi Sahai, director at consultancy Cogence Advisors.

Some investors said they are working with taxi app operators to improve practices, hoping the ban is temporary.

"We do need a safety programme ... policy and regulation in place," said Sanjay Nath, managing director of TaxiForSure investor Blume. "If you take care of the most important safety issue, it (the service) will come back again."

"All the new investors, who were looking to get into these companies before valuations go through the roof, will probably wait on the sidelines for some time to come."