International Women’s Day: Five Women Who Are Leading the Way and Making a Difference in the World of Tech

We look at a few women who have broken the glass ceiling and are leading the way in the tech industry. 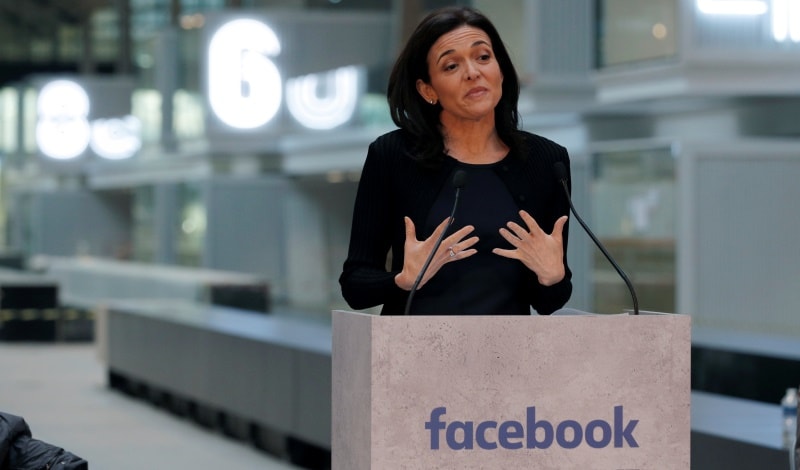 After joining Facebook, Sandberg became the first female member of Facebook’s board of directors in 2012

On International Women's Day, we look at women who have broken the glass ceiling and are leading the way in the tech industry. Before you dive right ahead, we would like to remind you that this is not a list of the ‘best women achievers in tech'. Every achievement is important and it would be futile to measure the achievements of one person against the other.

We have compiled the list trying to make it as diverse as possible so that you can learn about these women from various walks of life and get inspired to go ahead and do your best work. In no particular order are women we look up to.

According to the Bloomberg Billionaires Index, while women make up about half of the global population, self-made women - mostly from Asia - account for less than 5 percent of the world's 500 biggest fortunes. That is where Wolfe Herd has joined the rare club of self-made female billionares.

An early executive at Tinder, she left the company in 2014 following growing tensions with other executives at Tinder. In December of the same year, Wolfe Herd founded the female-focused dating app.

Roshni Nadar became the first woman to lead a listed IT company in India when she became the chairperson of HCL Technologies in July, 2020. Nadar took over the tech empire founded by her father Shiv Nadar, after he stepped down last year.

In 2020, Nadar was ranked 55th on the Forbes World's 100 Most Powerful Women. She is a communications graduate of Northwestern University and also holds a Master of Business Administration degree from Kellogg School of Management.

Nadar worked with Sky News in the United States before starting her career with HCL Technologies as the CEO and Chairperson Executive Director. According to the Kotak Health Hurun Leading Wealthy Women 2020 list, Nadar is the richest active woman in business in India, with a wealth of Rs. 54,850 crores.

Kimberly Bryant is an African American woman who founded Black Girls CODE in 2011. Black Girls CODE is a non-profit organisation that aims to impart technology and programming knowledge to African-American girls between the age of seven and 17.

For her service to increase opportunities for women in the tech industry, Bryant was named by Business Insider on its list of the 25 Most Influential African-Americans in Technology. Bryant was also a White House as a Champion of Change for work for helping to close the technology opportunity gap for young girls of colour.

American tech executive Sheryl Sandberg is the Chief Operating Officer of the social media giant Facebook. After joining Facebook in 2008, the Harvard business graduate became the first female member of Facebook's board of directors in 2012.

A women's activist, Sandberg founded leanin.org, a platform that aims to support women achieve their ambitions by overcoming bias and barriers. Before joining Facebook, Sandberg had worked with Google and was also involved in the creation of google.org, Google's philanthropic wing.

Debjani Ghosh is the president of National Association of Software & Services Companies (NASSCOM). NASSCOM is a non-governmental trade association focused on Information Technology and Business Process Outsourcing industry India. Ghosh is the first women to be at the helm of the association.

In January 2018, she was felicitated by the President of India during the ‘First Ladies' programme, which honours women pioneers in their respective fields. Ghosh was also honoured by Vogue as the Tech Leader of the year 2020.

An MBA graduate of the S.P. Institute of Management & Research in India, Ghosh has worked at Intel India and the Manufacturers' Association for Information Technology (MAIT) prior to joining NASSCOM.