Indian Telcos Want to Suppress WhatsApp Even if Consumers Suffer 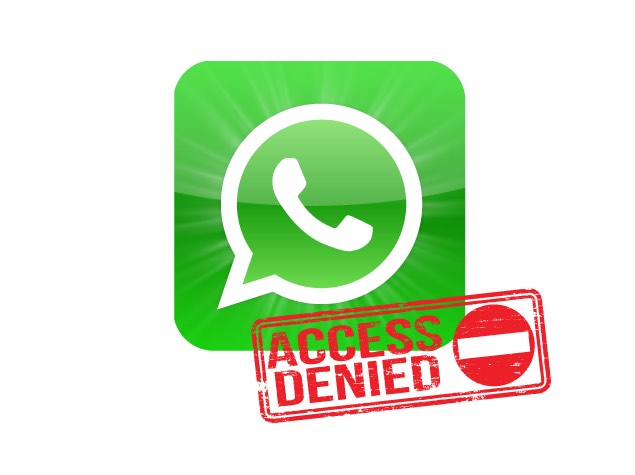 The Telecom Regulatory Authority of India (Trai) apparently wants to try wringing money out of messaging apps such as WhatsApp, Viber, Skype and WeChat on behalf of itself and mobile service providers who feel that they have the right to be compensated for revenues lost when people use such apps instead of making phone calls and sending SMS messages.

This is the same sort of logic that leads certain countries and municipalities to impose taxes on home solar panels because local coal-fired power plants are losing business.

One issue here is that service providers are banding together to try to extract more money than they already get because they sense an easy target. Another is that they're trying to use a neutral government agency to "regulate" their own competition. More importantly, the ideal of network neutrality is now under threat, because certain services might be burdened with some sort of tax or fee just for the privilege of being able to conduct business as usual.

Trai's plans are similar to recent moves by Internet service providers in the USA to lobby for the ability to set up Internet "fast lanes" and charge those companies able (if not willing) to pay more for priority (read: non-degraded) consumer experiences. Web startups and smaller companies would have a tough time surviving if they had to pay ISPs in order for consumers to be able to use them - regardless of the fact that ISPs are already being paid fees by users who should be able to use their bandwidth quotas in any way they like.

There's no question that handing service providers the ability to throttle certain services is bad for everyone involved - Internet users, entrepreneurs, and the tech economy as a whole. We need to be even more concerned that these service providers are trying to put themselves in a position of power over their competitors. Yes, long-distance telephony revenue has fallen thanks to VoIP, and people send fewer SMS messages because free Web messengers are available. So what? Business landscapes change all the time.

Everyone needs to adapt, not cling to the past. Cellular operators are not expected to compensate landline phone companies for the reduced usage of public pay-phones. Besides, the operators don't provide 2G/ 3G connectivity for free; there are monthly charges as well as data usage charges, and they aren't particularly fast, reliable or cheap.

Internet service providers and mobile operators create and maintain the pipes through which data flows, and they are paid not only by subscribers but also by content delivery networks which are widely used throughout the industry. The kind of data flowing through these pipes, its origins, destinations and relative proportions, are of no concern to them. They cannot be allowed to pick and choose who or what should get privileged carriage based on their own competitive interests.

Messenger apps have not replaced SMS entirely. People chat more via WhatsApp than they ever would have over SMS alone. There is no question of creating a "level playing field", as the mobile operators seem to be couching their argument. In fact by creating privileged levels of access to data transmission services they are actively creating a non-level field and stifling new innovations and developments that are of benefit to billions of people around the world.

If this proposal fails, there will be more complaints about messaging apps in order to demand "regulations" (and inevitably, scare tactics such as invoking the bogeys of terrorism, piracy, national security threats, pornography and who-knows-what-else will be used). It's now up to the Trai to ensure that ordinary users are not harmed and that the Indian tech business environment is not compromised by misguided policies.