Five venture capitalists told Reuters that only a few of the best companies from their existing portfolios would be able to get further funding. 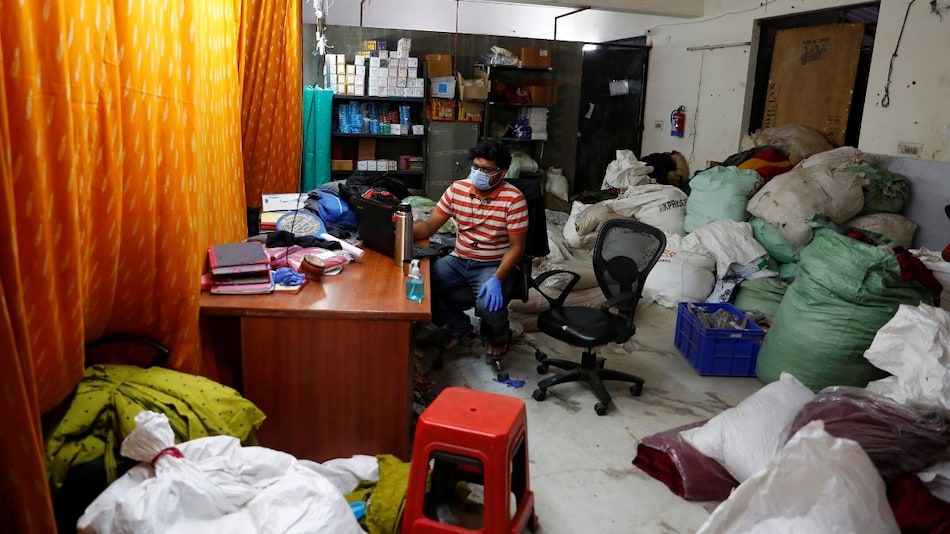 Samik Sarkar was managing to eke a profit out of his online apparel store before the coronavirus crisis hit India, forcing the 36-year old to reinvent his business overnight.

"I started selling masks because that's all I could sell," Sarkar said. "I have salaries to pay."

The rapid global economic slowdown, India's coronavirus lockdown of 1.3 billion people and an exodus of venture capital are testing a start-up community that has quickly become one of the world's biggest, raising a record $14.9 billion (roughly Rs. 1.12 lakh crores) last year.

The success of Indian e-tailer Flipkart, sold for $16 billion (roughly Rs. 1.20 lakh crores) to Walmart in 2018, helped draw in billions of dollars in funding from global venture capital firms, while US and Chinese tech giants stalked promising prospects.

But in just a few months much of that cash has vanished, with venture capital and private equity investment in India expected to fall by 45 percent - 60 percent this year, EY estimates.

A group of the top venture firms, including US groups Sequoia and Accel, warned start-ups this month that it will be "very difficult" to raise financing anytime soon.

Five venture capitalists told Reuters that only a few of the best companies from their existing portfolios would be able to get further funding, while most new ventures will likely be locked out for the foreseeable future.

This rapid turnaround has left scores of Indian start-ups which had been plotting expansion and fundraising considering anything and everything to keep themselves from going under.

Data from Tracxn, which monitors start-up investments and financials, shows there were 1,406 funded start-ups in India in 2019, compared with 351 in 2008.

"When you look at pre-COVID business models, half of them will not survive post-COVID," Sudhir Sethi, founder and chairman of Bengaluru-based venture capital firm Chiratae Ventures, said.

The funding freeze has been compounded by India's move in April to step up scrutiny of investments from overseas, a move seen by some analysts as a thinly disguised deterrent to takeovers by Chinese companies, which have been big investors in India's tech industry.

And with SoftBank, another major funder of Indian start-ups, facing setbacks elsewhere there is little relief expected from the Japanese technology backer.

This leaves investors and start-ups with few alternatives but to focus on pursuing profitability and reducing cash burn, Sid Talwar, partner at Mumbai-based Lightbox Ventures, said.

"For Indian companies, if SoftBank does not write big checks and Chinese pools of capital slow down, it will further accelerate that thinking," Talwar told Reuters.

'Big shock'
Start-up founders contacted by Reuters said they had enough cash for a couple of months at the most.

"We had big expansion plans just before this hit," said Sujata Biswas, who co-founded Mumbai-based online clothing brand Suta with her sister Taniya.

Suta, which saw sales triple for three years before India's lockdown stopped all business, would be unable to stay afloat beyond a month and a half without a cash infusion, Biswas said.

Cure.fit, a Bengaluru-based fitness firm which had to shut its gyms and health clinics around India, slashed salaries and laid off about 800 people in recent weeks.

It is now trying to get by by offering virtual yoga classes and home-delivering groceries as Indians stay indoors during the lockdown.

BookMyShow, an online ticket seller, is promoting free-to-watch Instagram Live performances in an effort to keep its users engaged, while restaurant aggregator and food delivery firm Zomato is targeting a push into alcohol delivery.

Others such as meal delivery firm Swiggy and hotel operators Oyo and Treebo have shed employees, cut salaries, and put workers on furlough, sources at the companies told Reuters.

Apparel retailer Sarkar said he expected his online store, Rustorange, to see a 50 percent slump in demand from pre-virus levels even after the lockdown is lifted.

With 35-40 full-time staff and about 70 part-time workers, he only has enough cash for "a month or two". To survive, Sarkar is drawing on his experience of a 2016 funding crunch, which brought down his previous firm.

"We are now trying to think of ways that can be appealing in the new normal," Sarkar said. "We are thinking of developing masks as a fashion accessory."