The velvet rope is tight at Club Quarantine, one of the internet's hottest spaces that requires a $10-cover charge. 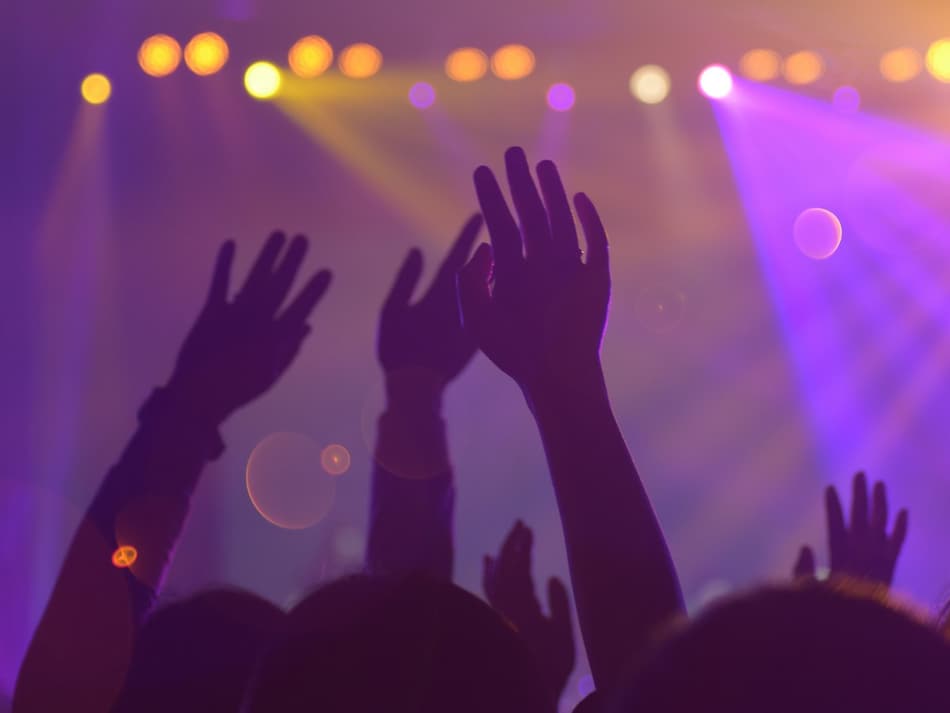 With New York's nightlife spots closed digital dance parties are all the rave, as DJs stream sets while revelers don their nipple pasties and disco-ball facemasks for clubs online.

The city that proudly never sleeps has seen more than 90,000 of its residents test positive for the potentially fatal coronavirus, whose rapid spread has severely restricted public life.

But clubgoers are finding new ways to stay up all night long.

The velvet rope is tight at Club Quarantine, one of the Internet's hottest spaces that requires a $10-cover charge -- $80 will get you a private video room with more exclusive performances -- and has seen pop celebrities including Charli XCX drop by.

And celebrity DJ D-Nice has drawn massive virtual crowds to his marathon Instagram Live sets including everyone from Rihanna and John Legend to Bernie Sanders and Joe Biden.

The Brooklyn venue House of Yes -- known for its drag shows, burlesque, aerial performers and elaborate costumes -- also has gone digital, hosting parties via platforms like Zoom, Twitch and Instagram.

"We didn't see the impending doom," she told AFP.

But the first online session closed a hit: "I did not expect to have so much fun -- I ended up dancing in a costume for three hours straight," said Burke.

"It completely blew my mind... it felt like I was with my friends."

'Silver linings'
At first House of Yes kept its requirements for entry as tight as those of its physical space, demanding partiers wear costumes, the more intricate the better.

But in the quarantine age they decided to relax the rules to ensure inclusivity, especially for the regulars stuck at their parents' house without glittering get-ups.

Jacqui Rabkin, a brain behind the club's digital concept, said that on the whole participants are still bringing their A-game.

"We've had people in like massive unicorn costumes, we've had people with pole dancing equipment, with aerial equipment," she said, saying one crew brought a smoke machine with elaborate lights and puppetry.

Rabkin said taking the dancefloor digital also allows the New York club to expand its audience as far as Europe or Asia.

"I do see a lot of silver linings where it's actually expanding what people can do with each other," she said.

The oft-risque club even had its Twitch account suspended for 24 hours "because some of our people were dancing in their underwear," Rabkin said.

It brought a sense of normalcy to the venue whose social media content already often was censored for participant self-expression that skewed mature.

"We're just too sexy for everyone," Rabkin laughed.

Contagious vibes
New Yorker Nickodemus is among the many DJs spinning vinyl for the digital sphere, an antidote to stressful times that he hopes can offer respite to others.

"I just felt weird when like I hear every three to five minutes an ambulance screaming by my building, and I see people getting pulled out of the building, it's hard to put on a fun face and just turn on the music," he told AFP.

"But we can also check out every once in a while to keep like, our souls clean and keep positive and hopeful," Nickodemus said.

The coronavirus pandemic has dealt the entertainment industry a serious blow, with major festivals canceled, tours pushed back and many artists, crews and club workers unemployed.

House of Yes is operating online with a "skeleton crew," Burke said, and held a fundraiser to be able to distribute tide-over payouts to the dozens of employees they were forced to lay off.

For now online parties are free, but if the shutdown persists the club will consider charging for its digital dances, Rabkin said.

And even once social distancing relaxes, House of Yes' online arm is here to stay, she said.

Keeping the party spirit is key to getting through virus-plagued New York's depressive lull, said Rabkin.

"Arts and culture is what moves people and what brings people together and what infuses people's lives with meaning and motivation," she said.