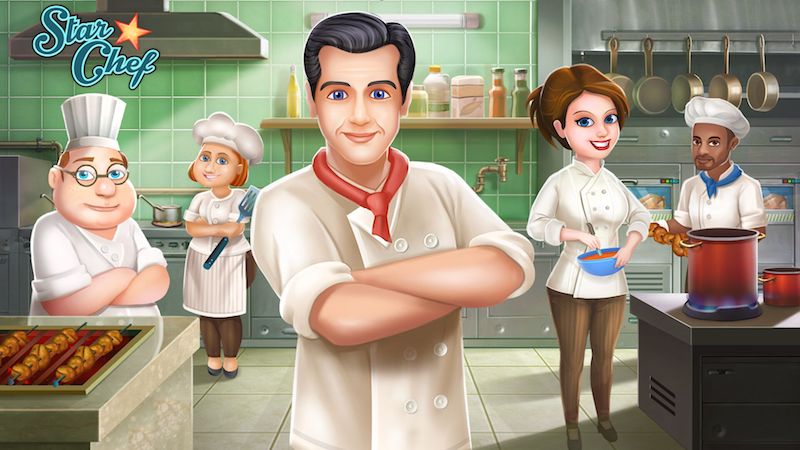 While Indian game developers are more than capable of releasing solid games, the shift to games as a service - running a game for a sustained period of time with frequent updates and consumer engagement - has proved challenging for most. One exception to the rule is Star Chef.

Developed by Udupi-based 99Games, this free-to-play restaurant and cooking simulator has been around for over three years on iOS, and a year-and-a-half on Android. Gadgets 360 spoke to Shilpa Bhat, Vice President - Games, 99Games, and Anila Andrade, Associate Vice President - Operations, 99Games, to find out what was needed to make Star Chef sustainable over this period of time.

Bhat tells us that 99Games has a dedicated team to monitor Star Chef. Consisting of the producer, analysts, and programmers, as well as an in-house developed tool. This is necessary to understand crucial factors like purchase patterns.

This is required to identify 'whales' - industry parlance for the individuals who spend heavily on in-app purchases. The majority of gamers will play for free, while the few whales generate enough revenue to make the games profitable.

“Most our whales make a purchase in the first seven days of gameplay - if the player is making a purchase on the first seven days of gameplay that gives us a predictive behaviour that this person is likely to fit into a whale. And we will start treating him like one from day seven,” Bhat explains. On identifying whales, 99games proceeds to show them “offers and other content that can be bought”.

Most of these whales are on iOS, as is the majority of Star Chef’s user base - which sounds unexpected when you consider that Android smartphones make up 85 percent of the market worldwide.

“With 15 million downloads combined, 80 percent is on iOS, 20 percent on Android,” Andrade says. “In terms of monetisation it is skewed towards iOS as well, with three times better conversions than Android.”

However Andrade says that the game has shown greater virality on Android, and the number of Star Chef players there is growing at a faster rate.

“There is more word of mouth conversion via our social media pages and our site on Android than there is on iOS, and also within the game itself in terms of shares for the game and also for gifting mechanism in the game. More of it happening on Android better on iOS,” Andrade says, though she admits that Android has a long way to go to catch up in terms of monetisation.

Monetisation, retention, and localisation
In terms of profitability, Star Chef’s top revenue-generating countries consist of the US followed by Japan, China, Taiwan, the UK, and Thailand. Japan is surprising considering how many Indian developers find it a tough market to crack. We wondered what made this possible.

“The only change we made was to improve the first time user experience for Japanese players where we customised our tutorial video and it looked like that this caused a bump in terms of retention and monetisation,” Andrade claims.

We asked where India features in this. “Overall from our active users, 10 percent is India. Monetisation, less than five percent. We're not very much focussed on that," says Bhat. "We haven't focussed the game yet on India-specific behaviour. When we make something India-specific perhaps the strategy would be different.”

For now, the focus is on having players that keep coming back - for a long time. “37 percent of players keep playing more than 60 days," says Bhat. "Seven percent of the user base has been playing for more than three years.”

The average retention rate for a mobile game is around 25 percent in 60 days, so Star Chef seems to be beating the average. Some credit for this can be given to localisation.

Bhat repeats the point about improved day one experience for Japan users, which saw a 10 percent retention increase compared to other regions, while Andrade says the game’s food truck feature increased retention by 20 percent. Live events via Star Chef’s community truck have helped too.

“These events add a 10 to 15 percent revenue bump during the event being conducted, such as the recent La Tomatina fest wherein players had to prepare a tomato-based dish and share it with us for in-game bonuses," says Andrade. "We run an event every month for three or four days days. Gives us great traction during the week of the event.”

A long support cycle
Of course, if you're making a game that's going to keep making money for years, then beyond these events that drive engagement, there's also need for long term customer support. Prior to speaking to the duo, we noticed an interesting sentence in the game’s update notes for iOS:

"The latest update is not supported for players below iOS 10, update for the same out shortly.”

Similar words were used by Star Chef’s support team on Facebook. This would imply that with the advent of iOS 11, a substantial portion of Star Chef’s players were on devices that did not support iOS 11 such as the iPhone 4s and iPad mini.

“The number of users is a small percentage on iOS 9 and iOS 10. But in terms of paying users around 15 percent are on these older devices,” says Bhat. “When we came up with a new update we thought should we drop older devices and keep it for latest devices and latest OS. But with 15 percent of our payers on iPhone 4s, iPad mini, that way we're forced to maintain for iOS 10 and below for backwards compatibility.”

How Star Chef manages this transition remains to be seen, more so with a revamped App Store, and official compatibility for devices from the iPhone 5s and above. Retention could prove a challenge.

Nonetheless with a vibrant community of around 280,000 users on Facebook, 99Games is looking beyond in-game retention, instead focussing on community engagement.

“We've gone beyond game retention. We look at the amount of engagement that happens within the community," Bhat says. "That matters in terms of organic downloads that we get and shelf-life of the game. There are loyal players who enjoy engaging beyond the game. They talk about cooking, interesting facts about the dishes and so on.”