How to Use the New Designed Uber App 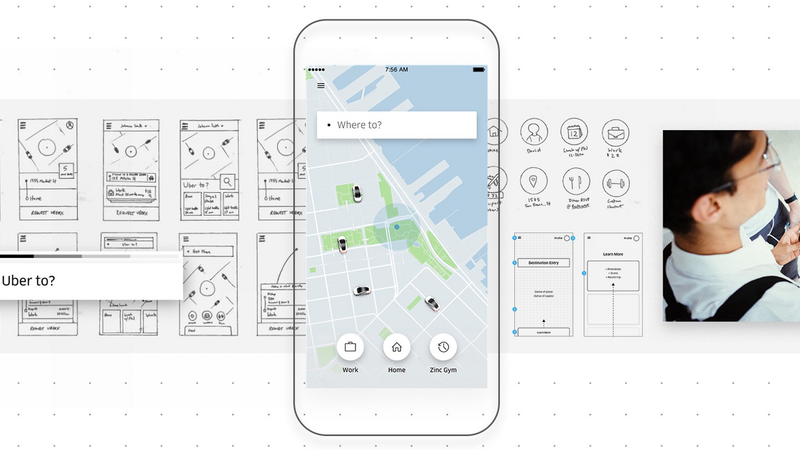 On November 2, Uber released a completely redesigned version of its popular cab-hailing app. At the time of writing this article, the new design has been rolled out to all iPhone users, but only some Android users in India. The new user interface looks slick, but changes the way we’re used to doing things on the old app. Many people we spoke to found the new design confusing and didn't like it at all. If you're now part of the group that has the new design and you don't like it, well, you're not alone. Here’s how you do all the things you're used to in the new Uber app.

How to move the pickup location pin on the map manually
In the old design, moving the pickup location pin was as simple as moving your thumb after opening the app. Moving the pin makes your ride arrive at a specific location, instead of where the GPS points to. This has beenturned on its head by the new design of the app. Many people like to set their pickup location manually - maybe you want to be picked up on the main road, or the location isn't precisely accurate. The new design can freak people out because at first glance it looks like that's not possible, but it's actually simple. In the new app, you’ll have to first enter the destination, then tap Current location, and then you can move the pin to another place.

How to apply promo codes
Uber frequently offers promo codes that give you discounted fares. Previously, you could apply promocode by opening the side menu, hitting Promotions and then tapping Add Code. You’ll see that in the new app, the side menu doesn’t have that option anymore. Here's what you have to do to add a promo code.

First, you’ll have to go to Payments, then scroll down to find the Add Promo or Gift code option, to enter your promo code.

How to choose between UberGo, UberX, and others
In the old app, choosing the type of cab was the first thing you had to do. Not seeing that can be disconcerting, but this is one of the design changes that makes life easier.

In the new version, you first put your destination, and then it shows you fares and estimated time of arrival (ETA) for all the different cabs, which you can conveniently swipe through. Much better than having to check them one by one, which was the only way to compare fares and ETA for the different types of cabs in the older version of the app.

How to schedule a ride
The Schedule a ride feature has also been improved, as it’s more prominently placed next to the destination search bar. In the old app, it would show up at the bottom when you chose certain type of cabs. Unfortunately, the new Android app doesn't seem to have this feature yet.

How to book a ride for others
Booking rides for others was a convenient feature in the old version. When booking a ride different from your current location, you could choose whom you’re booking it for, and the person would then receive cab details from Uber via SMS. This avoided you the hassle of being the middleman between the driver and the passenger.

Interestingly, this feature doesn’t work like in the same way anymore. There’s an ‘Add Family Profile’ option in Settings, but at the time of writing this, it didn’t seem to work, throwing up some error saying we needed to set up a valid credit card, when we already had. Uber says this feature will come back soon. On behalf of all the people who’ve ever had to book rides for others, we sincerely hope it does.

So what are the other changes you’ve experienced with the new Uber app? Let us know via the comments below.