How to Record Calls on Your Smartphone 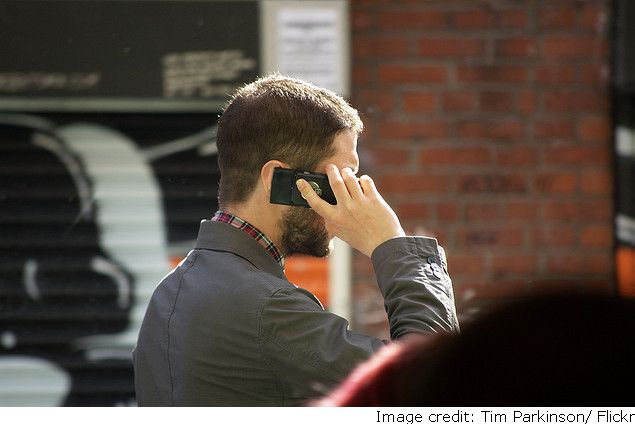 A lot of our old feature phones had call recorders built right in, and this was extremely convenient if you needed to record a conversation for your job or just because you wanted to remember something important. While smartphones have made life simpler in most areas, this is one aspect in which they've gone backwards, since none of the leading mobile operating systems include a built-in call recorder. Perhaps one reason for this because recording calls treads murky legal waters - some countries (or states within countries) have laws against recording calls without the consent of all parties in the conversation.

We're going to tell you how to record phone calls on your smartphone, but we strongly advise that you check whether this is legal in your region before you follow these steps. Needless to say, don't record calls if it is illegal. If you record calls, make sure that you tell the other person that the call is being recorded.

Recording phone calls can be a privacy violation, but there are several positive use cases for it. It can be very useful when conducting phone interviews, when you're receiving complicated instructions that you can't note down, or when you'd like to store an intimate moment such as the first time parents speak to their child on the phone.

Unfortunately for iPhone users, there's no straightforward way to record phone calls, but you can try apps like TapeACall that essentially work by creating a conference call between you, the person you are speaking to, and a third line that is used to record the call. Privacy aspects and the hassle of this aside, since it involves getting another call looped in, the service is available only in a few countries. Unfortunately, it's not available in India, so we could not use this service.

We also tried a bunch of other apps on the iPhone, but none worked effectively. If you know any iPhone apps capable of recording calls that are worth checking out, please let us know via the comments.

Windows Phone 8 doesn't allow apps to use the phone's microphone during a call, which effectively stops call recording apps from doing their job. If you are running the older Windows Phone 7, you may have better luck with the Call Recorder app.

For both BlackBerry and Android however, it is relatively simple to record calls using apps. We tested these apps using a BlackBerry Q10 and a Google Nexus 5 respectively.

Here's how to go about recording calls on your smartphone:

In the app, you will see two tabs - Inbox and Saved. All recordings will appear in the Inbox tab. Old recordings get overwritten. This is how you permanently save a recording: 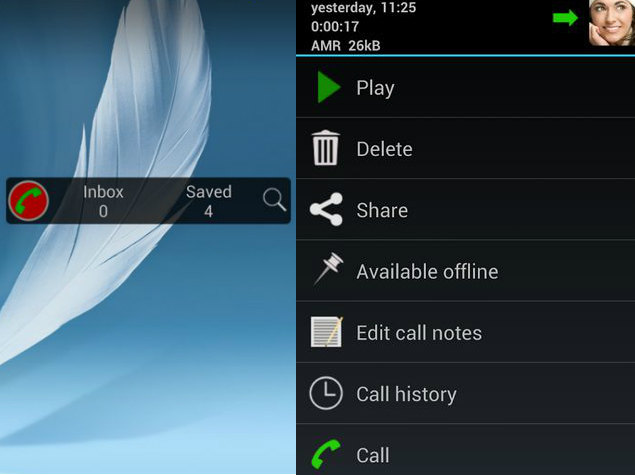 You'll see a list of saved conversations. The app keeps running in the background and you don't need to do anything to start the recording. To listen to a call, tap on the conversations.

You can then give a file name and tap Save to save the call, or tap Play to listen to it. Tap Cancel to return to the list. Long press on a recording and tap the share icon to share it via email or other apps.

We hope this helped you record calls on your smartphone. If you use any other apps or techniques, let us know via the comments. For more tutorials, visit our How To section.