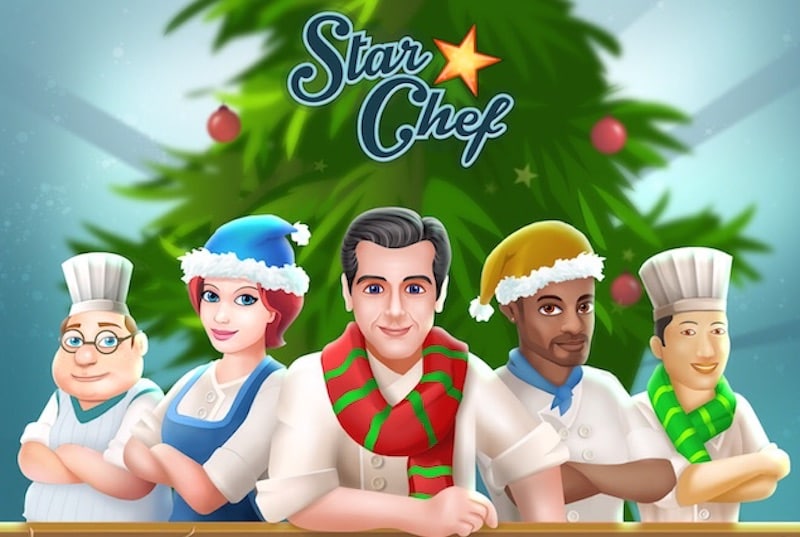 Not content with having one of India’s more mobile profitable games - Star Chef, available on both Android and iOS- Udupi-based 99Games has its sights on expanding its reach within the country.

To help make this happen 99Games received an undisclosed round of funding from Japanese investment firm Dream Incubator, along with existing investors Kalaari Capital and Ascent Capital. Gadgets 360 spoke to Rohith Bhat, Founder of 99Games, and Anila Andrade, Associate Vice President - Operations at 99Games to find out more.

“When we built Star Chef we knew that game was going to monetise for the next five years,” Bhat says. “That’s the philosophy that we have when we build our own IP. Now, one of the countries that's great at building gaming IP is Japan. Historically in the last 25 years they've built some of the best IPs. And that's why we thought we should have somebody from that part of the world as one of the investors.”

For Bhat, Dream Incubator allows 99Games to tap into the Japanese investor market, opening up the doors for more potential partners.

“Dream Incubator does a lot of strategic consulting for large Japanese businesses. We thought they'd be the right people to have on board while go ahead and start looking for bigger strategic investors. That's the thought process on having Dream Incubator,” he explains.

Bhat tells us that the funds would be used for user acquisition activities for both Star Chef and two new games that are in the pipeline. He adds that 99Games will continue to target female audiences, particularly the 25 to 55 age group, as that's a segment it understands well through its success with Star Chef.

“I think a couple of the most successful titles there on mobile — Hay Day, Candy Crush, and all have targeted to the female target group so we're following that thought process. That part of the market is underserved and we have a better chance of making it bigger,” he believes. “The traction is good and monetisation is good there, so why not? We've seen how this target group behaves in Star Chef. And we wanted to use that expertise to go further. So first to do a lot of cross promo between our games, it reduces our acquisition cost.”

On the topic of Star Chef, we wondered if user behaviour remained the same across geographies. According to the company, each region monetises differently despite targeting the same gender and age group.

“We looked at users in the US and Europe," says Andrade. "They would monetise in the game a little later while Japanese users would spend upfront and then start playing. The audience is the same but the behaviour when it comes to making their spends in the game and the way they approach playing the game is different in that sense."

As for Indian audiences? Predictably enough, people aren't as willing to spend here.

“Monetisation is much lower with Indian audience. But in terms of playing habits in terms of minutes spent, India is in the top five in the world,” says Andrade.

Vodafone and Google Promoted Made in India Android Games: This Is What Happened Next

That's why, in order to generate revenue, Star Chef in India uses a combination of native ads and in-app purchases, though it has kept away from banners and interstitials, which the company believes mars the user experience.

“We don't do those two things because it inhibits or comes in the way of gameplay experience," says Bhat. "So, we do monetise ads, but the majority of that monetisation still happens via IAP even in India. The ratio internationally is 80 percent IAP, 20 percent ads, but for India is different, but still IAP is majority in India.”

Suffice to say, monetising Indian audiences will prove to be a challenge. However, other issues exist too. Traditionally, Indian game studios haven’t really mastered the art of live operations for their games post-release. We’ve seen some attempts at this, from the likes of 99Games itself with Star Chef, and Disney India with the ICC Cricket games but that aside, most are content with releasing their game and moving onto the next project. In order to address this, the company has grown and now has a single development team just for Star Chef. The reason for this is to ensure each game gets the time and attention it needs for launch and live operations.

“Right now the idea is to start segmenting teams into multiple production lines so we are able to focus on the game at hand, and not worry with spillovers or distractions of another game,” Andrade says.

And although Bhat emphasises the company's own IP, 99Games is also known for its licensed games for Bollywood properties such as Dhoom, and more recently, Sultan. For Bhat, these present valuable learnings as it goes on to make its own games.

“Our idea of doing those sort of games is to understand how things work in the Indian market place. For us, they were more of experiments that are a part of an overall India strategy. For us, all those games were stepping stone to building something more long-term and sustainable in India in the future,” Bhat states. “Even in India we will follow the strategy of building our own IP in India as well. Whatever we are doing in terms of licensed movie games are steps in that direction.”

It's important to note that recently, the only Indian success stories in gaming seem to be card games like rummy or teenpatti. This makes it interesting to see if 99Games can adapt its learnings from Star Chef to succeed in the Indian market the way it has in other parts of the world.